Dancing Down Under - Series 1

Dancing Down Under is an observational series that follows the amazing adventures of a group of young Australians, as they vie for the winner’s trophies in the extraordinary world of competitive Irish Dancing.

The 10-part series begins with four main characters - Ceili, Thommy, Brent and Carina, as they compete at the Australian National Irish Dancing Championships in 2010. Their shared dream is to qualify to compete in the 2011 World Irish Dancing Championships in Dublin, Ireland. Despite a dramatic series of triumphs and disappointments, all four dancers travel to Ireland and dance on the world stage. What happens to them, their families and their teachers along the way is dramatic, funny and tragic, as they dance against the 'best of the best' in the world.

Episode 1 Eyes on the Prize

This episode introduces the crazy world of competitive Irish dancing in Australia - the bizarre wigs, dresses and vests, leg tans and amazingly athletic steps of the soft shoe and the hard shoe dances. It also introduces us to the main characters, their families and their teachers. Ceili, who comes from a family of winners; Thommy, who up until now has been a champion every year; Brent, who, with his mum as his teacher, loves winning; and Carina, who is carrying on the family tradition. We follow these characters to the 2010 National Irish Dancing Competition in Wollongong, NSW - and along the way, get immersed in the ‘do or die’ nature of competitive dancing. Each of our characters wants to qualify for the 2011 Irish Dancing World Championships in Dublin, so the pressure is on them to do well.

Ceili Moore and Marigold Cousens go to the same dance school, and have been competing against each other since they were little. Last year, Marigold won the National Championship and Ceili came a disappointing sixth. This year, Ceili is determined to topple Marigold, and has been practising hard to beat her. Marigold has been battling an injured foot, but is just as keen to beat Ceili and retain the title. Both dancers have their families on board to help them. But, Ceili has an extra challenge… both her younger brother and sister won their age group championships. Can Ceili make it three out of three? Her mother, Fiona, won a World Championship title when she was Ceili’s age. Ceili and Marigold both dream of going to the next World Championships in Dublin, but first they have to do well at the Nationals.

Thommy Wilson loves to dance - and he’s very good at it. He has won nearly every National Championship he has entered. Samantha Murphy is also a champion, and has been up on the podium - again, and again, and again! They both have to defend their titles at this National Championship, and it won’t be easy. Thommy’s injury in his hips is playing up, and Samantha had a long break from dancing so she could have more of a social life. Now, they are both determined to defend their crowns. Thommy dreams of going to Dublin to compete in the 'Worlds', and Samantha is also keen to go again - but first, they have to qualify. As the competition gets underway, both Thommy and Samantha face unexpected setbacks, and both of last year’s champions have to face their fear of losing.

Carina and her mum/teacher, Cheryl, Brent and his mum/teacher, Anna, and Siobhan, and her mum, Moira, have been going to the National competitions for years… sometimes winning, sometimes not. This year, Carina and Cheryl will be happy with getting in the top five, Brent and Anna have a lot riding on him coming first, and Siobhan is the returning champion from last year. Each team is different. Carina and Cheryl are ‘Gold Coast relaxed’, Brent and Anna are all business and Siobhan and Fiona are nervous. As each competes, mother, teacher and dancer must face the unexpected. How they deal with it decides who will be the winning combination.

For Ceili, Carina, Brent and Thommy, qualifying for the World Championships in Dublin is just the beginning. They must now train hard to dance against the ‘best of the best’ in the world. Ceili is practising hard after school everyday with her teacher, Geraldine, and World Champion Mum, Fiona. She wants a World Medal, like her mum. Thommy is getting a ‘new look’ for his first World Championships, so he gets noticed on stage. Carina is trying to recover from a bout of glandular fever, so she will be fit enough. Brent has moved to London to train under a new teacher. Two other Australians will also be competing - Sarah, who was unable to dance at the Nationals due to injury, but who qualified at the state championships, and Colbee, who is determined to go before she gets too old. All are working hard so that they can represent Australia on the world stage.

The Australians arrive in Dublin, to dance against the best in the world at the 2011 World Irish Dancing Championships. Who is the best in the world? The Irish of course. There’s Shaunagh, who will be competing against Ceili. There’s Roisin, who at 11-years-old, came third last year, and wants to win this year. There’s Richard, who is a natural champion, but after slipping down the podium in the last few years is determined to come back this year, and Emma, who thinks this may be her last World Championships, so she is determined to be up on the winner’s podium. Each has the hometown advantage, and has been training for and competing at the Worlds since they could qualify. But, the competition is intense - with dancers coming from 27 countries around the world, including the Australians - who, on ‘day one’ of the competition, are not taking it lying down.

Two girls, two countries, one globe. Who will take it home? Australian Ceili is competing against Irish Shaunagh for the World Championship title. Both are up against hundreds of ‘would be’ champions. Both have trained hard. This is especially important for Ceili, because her mum, Fiona, won the title in the same age group thirty years ago! Shaunagh’s parents also have world medals and met through Irish dancing, so it’s important for her to do well, too. Both girls have their mums supporting them, as the two teams warm up for the competition. While Ceili is more intense, Shaunagh is more relaxed, but each has their own style. Which will the judges prefer? Nothing goes according to plan, but when the results are in, there are tears all round.

Australian champion Thommy disappointed at the Nationals, but managed to qualify for the Worlds. It’s his first time. Irish champion, Richard, is a natural born dancer, but due to an injury and a loss of focus, he has not done well in the last few years. Now, they are both on the comeback trail. Thommy and his mum, Beth, have travelled together from Melbourne and Thommy has done his best to get over jet lag and nerves. On the morning of the competition, Thommy has a personality change and may be finally finding his ‘killer instinct’. Richard arrives with his family in tow, and seems relaxed. After both boys dance their first dance, they are surrounded by their fan clubs of girls. Both seem happy with their performance. Thommy is aiming low, since he’s at his first World Championships, but Richard wants to get back up on the podium. All does not go well in the next dance, and Richard looks like he may throw in the towel. For Thommy, the pressure is on, but by the end of the night, both boys are in for a surprise.

Australians, Brent and Sarah, have both sacrificed a lot to compete at the Worlds in Dublin. Brent moved to London to train with a well-known Irish teacher, Aaron Crosby, leaving his teacher and mother, Anna, his family, and his friends behind. He is determined to stand on the winner’s podium, and will do anything to get a World Globe. Sarah had to overcome painful injury, and trained hard to qualify for her first worlds. Although her mother and cousin are both champions, Sarah struggles to get to the World Championship level. Although the results are not what they wished for, Sarah does get her dream to dance on the world stage, and Brent gets his dream to dance the best he can, against the best in the world.

For Australians, Carina and Colbee, and Irish dancer Emma, this 2011 World Championships may be the last time they dance on the world stage. Carina is training for a career in hairdressing, Colbee feels she is getting too old and Emma will be busy at university next year. Carina and her mum/teacher, Cheryl, give a splash of Gold Coast colour to the Irish championships, when they arrive full of optimism. Colbee arrives from Belfast, where she moved to train with a renowned Irish dancing teacher so as to give herself the best chance of doing well, and Emma lives only five minutes down the road with her family, who are all performers. For each dancer, this is a very special time and no one could predict how it all turns out. The question is, will they come back again? 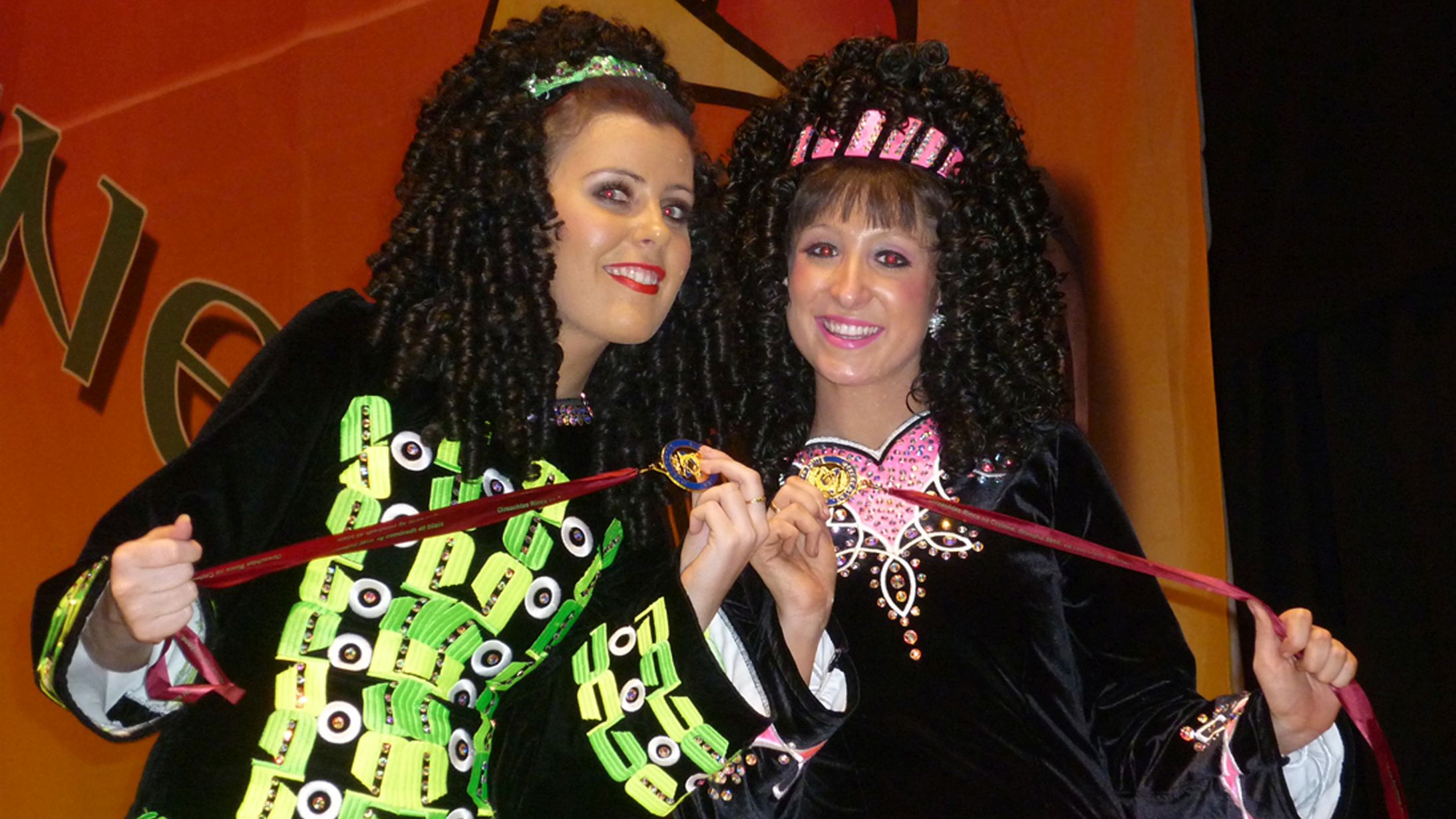 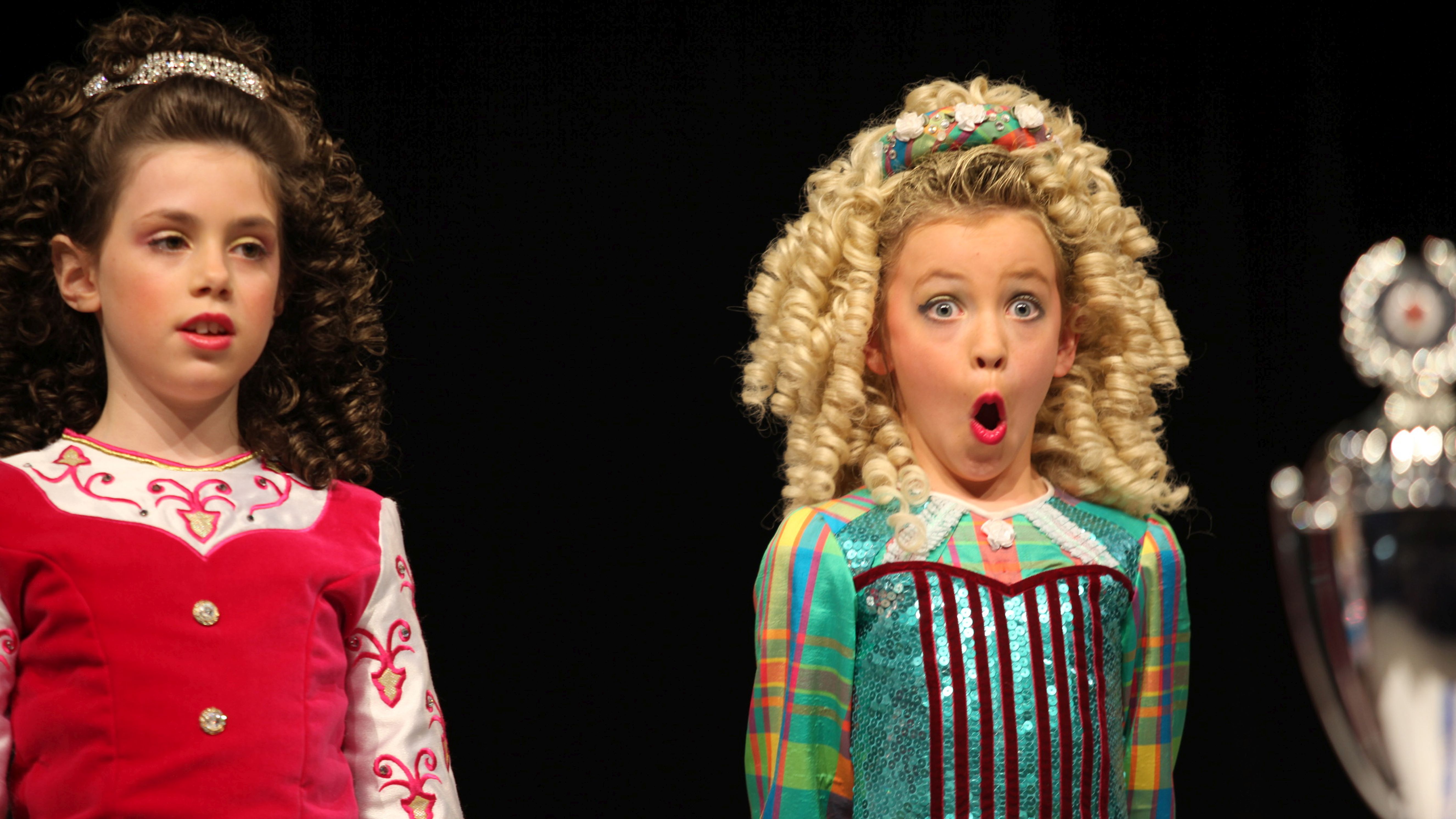 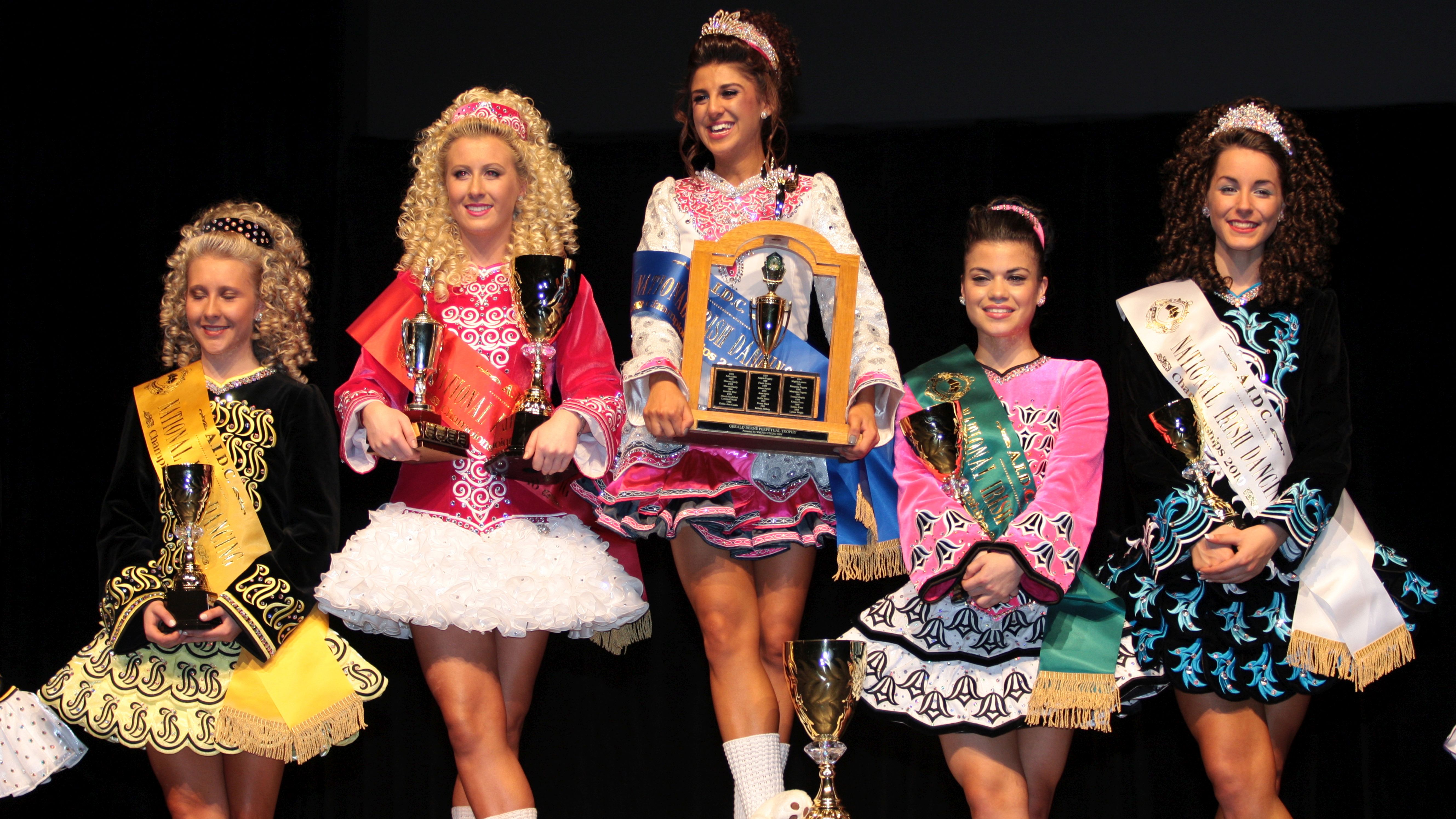 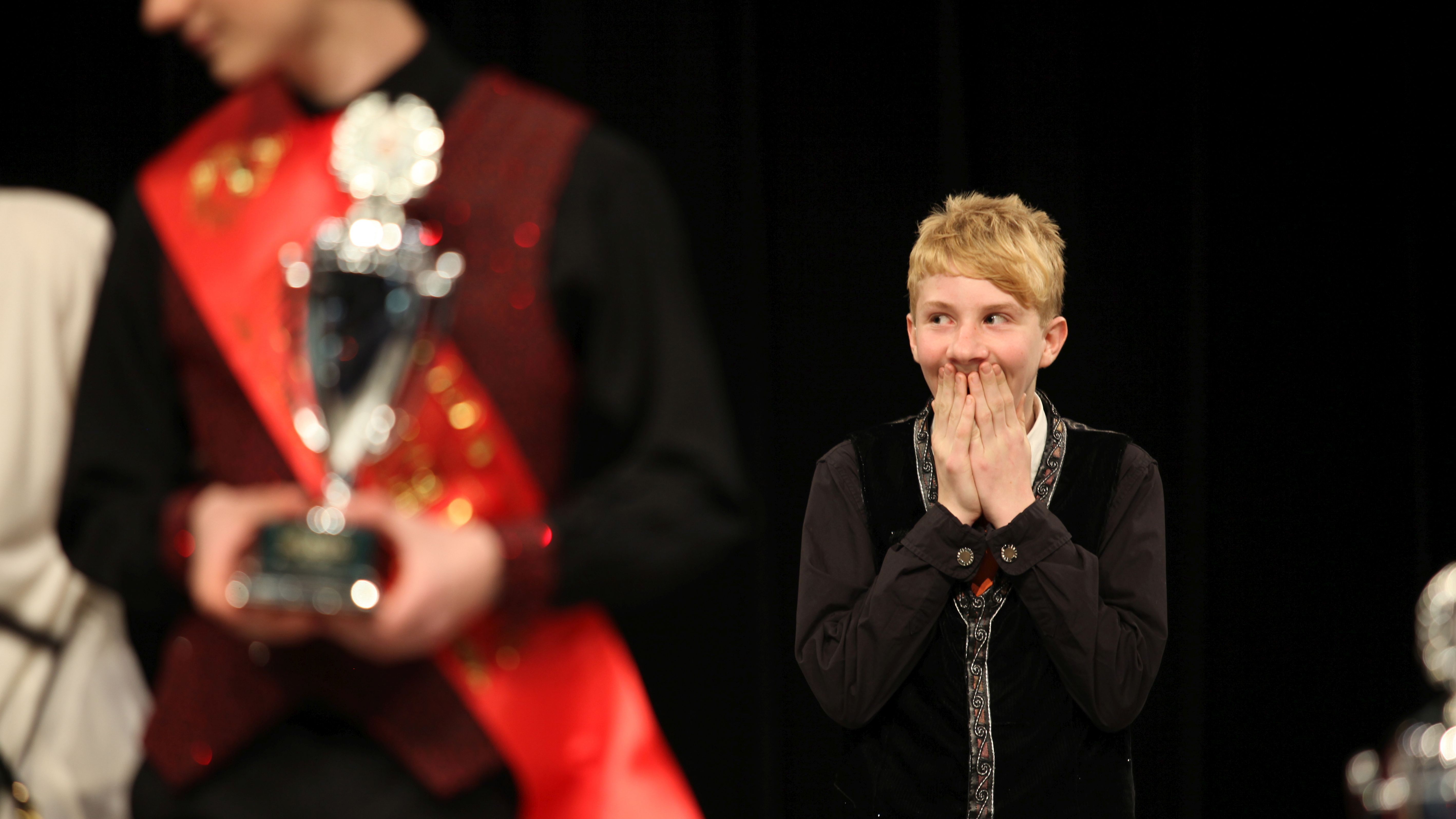 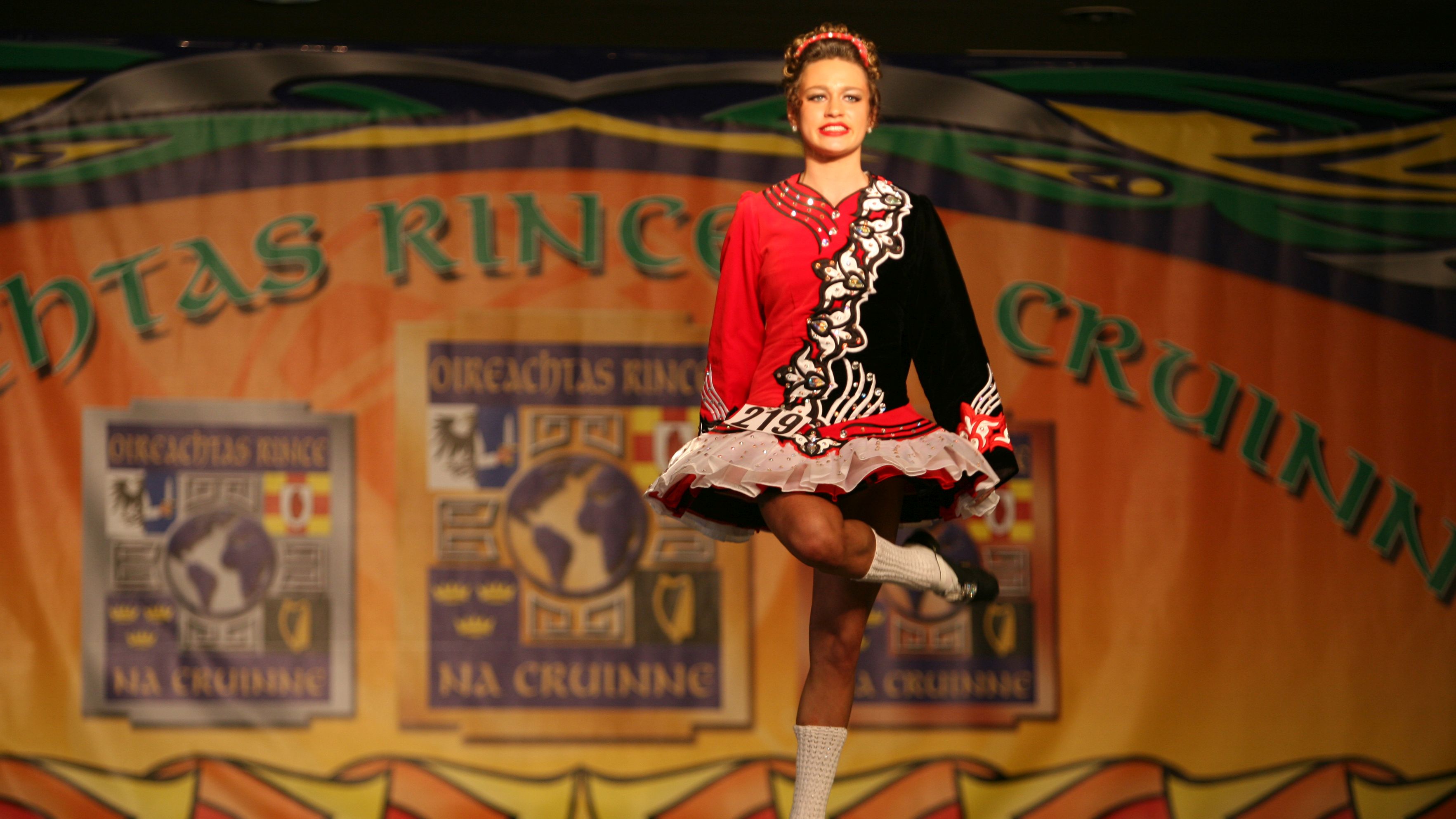 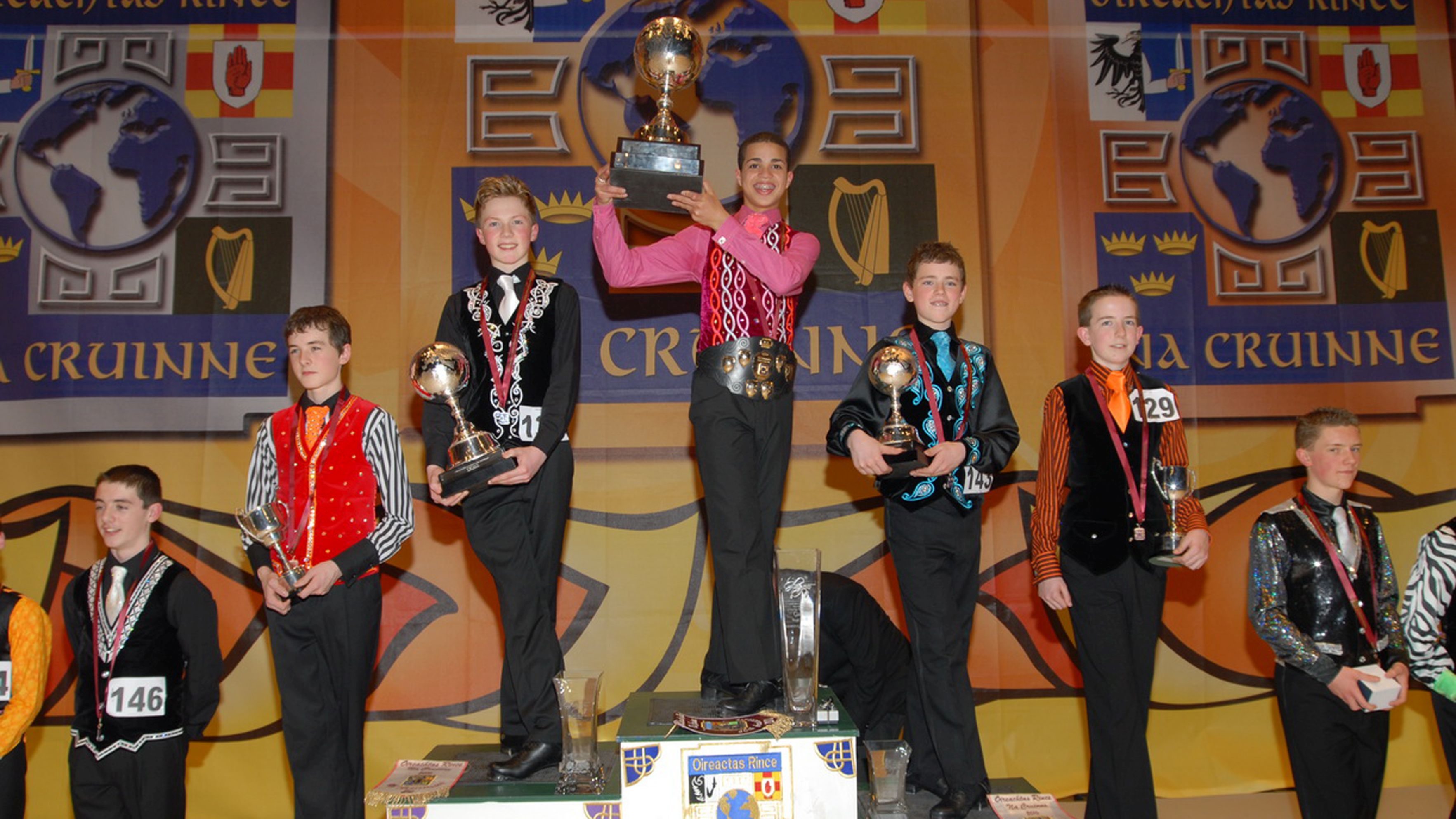