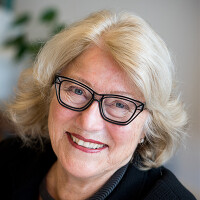 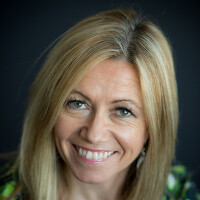 Andrea is an experienced creative and executive producer of premium drama, comedy and documentary content. She is currently Executive Producer and Head of Development with renowned company Tony Ayres Productions.  Her credits include ABC anthology drama Fires; International Emmy nominated Wrong Kind of Black; screen opera The Divorce; comedy series How to Stay Married and It’s A Date, Indigenous comedy 8MMM Aboriginal Radio; and documentary series Sporting Nation with John Clarke; Tripping Over; SeaChange (1998-2000); After the Deluge, CrashBurn, Worst Best Friends and Outland.  Andrea started her career as a lawyer and has been a principal and a senior executive in leading independent local and international production companies. Andrea is also on the Board of Film Victoria. 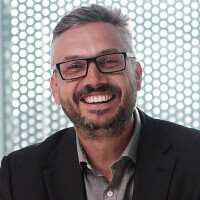 Ian has over 20 years experience in the Australian film and television industry, and is currently a director of Indian Pacific Pictures and Aura Film Finance. Ian was CEO of Screenwest, the Western Australian film financing body for over a decade, financing hundreds of screen projects, including Mystery Road, Breath, Red Dog, Satellite Boy, Paper Planes, Bran Nue Dae, Cloudstreet, SAS: The Search for Warriors, Outback Truckers, Lockie Leonard and many more. Originally a lawyer, Ian also worked at the ABC, and has served on the Boards of national screen agency Ausfilm, Awesome Arts and the FTI. Ian is a Commonwealth Government representative. 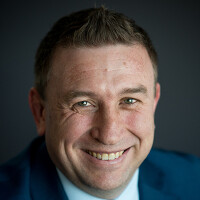 Jason Borton is the Executive Branch Manager, Learning and Teaching with the Australian Capital Territory Education Directorate. Jason is a dynamic leader who is committed to implementing innovative practices that cater for the needs of 21st Century learners. He uses social media to promote public education at a school, state and national level, reaching a wide national audience on a regular basis. Jason has been an educator in the ACT public school system since 1996. He was a school leader in three different schools, before being appointed as the Principal of Richardson Primary School in 2012. Jason was the winner of the 2014 AEU ACT Public Education Award. He has a Bachelor of Education. Jason represents the Australian Capital Territory Government on the Board. 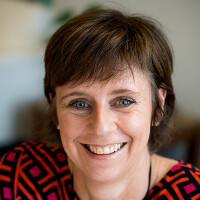 Jenny Burgess has worked for 30 years in public education.  Jenny’s work in the Tasmanian Department of Education has included senior secondary curriculum and accreditation, education data and performance, curriculum development, and portfolios in inclusion and diversity.  Jenny’s current role is Deputy Secretary Strategy and Performance, where she has responsibility for providing strategic policy advice to the Secretary of the Department and the Minister for Education on a broad range of matters.  Jenny graduated from the University of Tasmania with a Bachelor of Arts and a Diploma of Education.  Jenny has also completed post-graduate studies in educational leadership and administration, and a Master of Education with a focus on literacy and numeracy teaching and assessment. Jenny represents the Tasmanian Government on the Board. 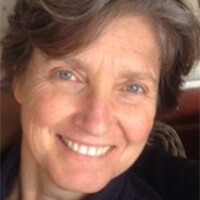 Dr Rosemary Cahill works for Telethon Kids Institute as Chief Investigator for evaluation of the landmark Early Years Initiative in Western Australia, and was previously a senior officer within WA’s Department of Education.  She has taught, developed policy and designed and delivered system-level projects in early childhood, literacy and numeracy, Aboriginal education and special education since the 1980s. Key projects Rosemary has been the architect of include the Deadly Ways to Learn project in the late 90s; Getting it Right Literacy and Numeracy Strategy from 2001; implementation of the Universal Access National Partnership in Western Australia alongside the National Quality Standard from Kindergarten to Year 2 in Western Australian schools; and the KindiLink initiative which is a highly innovative approach to forging solid partnerships between schools and families. Rosemary recognises her experience of growing up in Western Australia’s wheatbelt, motherhood, living overseas, study and hockey as factors contributing to who she is and what she thinks. Rosemary is the Western Australian representative of the Board. 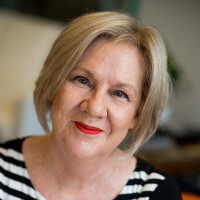 Susan Cameron is the Executive Director of Learning Improvement in the South Australian Department for Education. Her knowledge of curriculum, teaching and learning and school improvement comes from a long and distinguished career within the education system. For over 20 years Susan successfully held principal positions across Adelaide schools. Susan’s educational leadership and experience includes holding significant systemic roles at the forefront of educational change for curriculum, school improvement and equity of outcomes for learners, leading to local and national education reform. Susan is a board member of the Australian Curriculum, Assessment and Reporting Authority and Asia Education Foundation. Susan represents the South Australian Government on the Board. 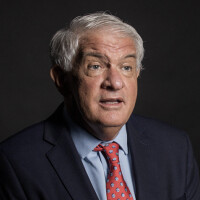 Dr Michael Carr-Gregg is one of Australia's highest profile adolescent and child psychologists. He wrote his PhD at the University of NSW on Adolescents with Cancer and named and founded CanTeen more than 30 years ago with a group of young cancer patients. He has worked as an academic, researcher, and political lobbyist. He is also the author of 14 books and is an Ambassador for Smiling Mind, Big Brothers Big Sister, Read the Play and Road Trauma Families Victoria and sits on the National Centre Against Bullying and the Federal Government’s Online Safety Working Group. He is the resident parenting expert on Channel 7's Sunrise, as well as a social commentator on the Morning Show with Neil Mitchell on Radio 3AW and Sky News. He is married with 2 sons and is a special Patron of the Hawthorn Football Club. Michael is a Commonwealth Government representative. 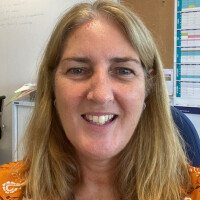 Sally Hodgson is the General Manager, Quality Teaching and Learning with the Northern Territory Department of Education.  Sally is a change agent who supports the teaching of quality curriculum from Transition to Year 12 across the NT.  Sally’s goal is to support her team to build capability and confidence in all teachers to support improved student outcomes.  She has spent 17 years in leadership roles in secondary schools across the NT.  Sally led the implementation and roll out of the Northern Territory Certificate of Education and Training from 2008-2016.  She has a Bachelor of Education specialising in secondary mathematics and science.  Sally was a co-presenter of the Imparja developed Sci-Fax production in 1994. Sally is the Northern Territory Government representative 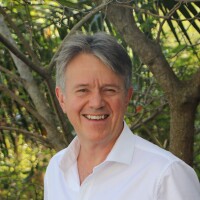 Ian has nearly 40 years’ experience as a corporate lawyer practising in the technology, media and telecommunications sectors.   He retired from Allens on 30 June 2020 after 30 years as a partner.  His career highlights included being managing partner of Allens, acting for the commercial television plaintiffs in the 1992 High Court case that established the implied constitutional guarantee of freedom of political communication, acting for News Corporation on the establishment of FOXTEL and acting for the indigenous groups that established NITV.   Ian is currently the chairman of Prime Media Group Limited and a non-executive director of Documentary Australia Foundation, the Sydney Institute of Marine Science, the SIMS Foundation and Uphold & Recognise Limited.  Ian is a Commonwealth Government representative. 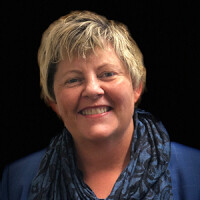 Robyn is the Executive Director, Curriculum, Teaching and Learning within the Department of Education. An educational leader with 30 years’ experience, Robyn has contributed to significant educational change and State Schools improvement priorities from Prep to Year 12. Her change leadership portfolio includes state-wide implementation of the Australian Curriculum, the New QCE System, Early Years, STEM, Global Schools through Languages; and Literacy and Numeracy. In addition, she regularly advises and contributes to numerous wide-reaching national and international educational initiatives. Robyn is passionately committed to ensuring every student experiences teaching and learning that helps them realise their potential and achieve success. Robyn represents the Queensland Department of Education on the Board.

Sally Scales is a Pitjantjatjara woman from Pipalyatjara in the far west of the Anangu Pitjantjatjara Yankunytjatjara (APY) Lands in remote South Australia. Sally was the youngest person ever elected as Chairperson of the APY Executive Board Council in 2019. Sally has worked with the APY Art Centre Collective since 2013 in cultural liaison, elder support and spokesperson roles, as well as being Regional Programs Coordinator.  Sally was instrumental in opening two APY Art Centre Collective galleries in Sydney and Adelaide. Sally was a delegate to the First Nations National Constitutional Convention at Uluru, involved in drafting the Uluru Statement of the Heart, and continues to be a member of the Uluru Dialogues Leadership Group. Alongside all these activities Sally is also a full-time mum to her five-year old nephew Walter. Sally is an independently elected member of the Board. 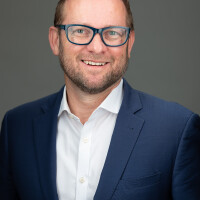 Paul is the Acting Executive Director, Literacy and Numeracy, COVID Intensive Learning Support Taskforce Lead. Paul has been a teacher, a principal of three schools and a system leader of educational programs at a state-wide level.  Paul is passionately committed to improving the learning outcomes of all students and a focus on educational leadership, student equity and inclusion and the use of evidence informed practice. Paul is currently leading the statewide small group tuition program to boost the learning of students most impacted by the challenges of 2020. Paul was recently awarded the Public Service Medal in the Australia Day Honours list in 2021 for his leadership of the state-wide curriculum support for schools through the COVID-19 pandemic. Paul has a PhD in educational leadership from the University of Sydney. Paul represents the NSW Government on the Board.