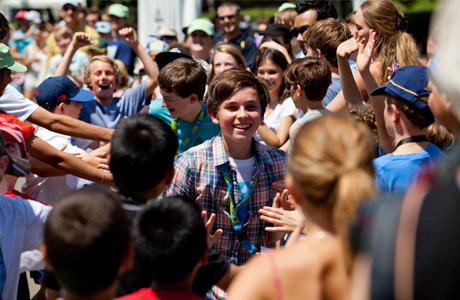 Max Barden and Tim Sheehan have won Trop Jr with their short film "Let's Make A Movie."... Max and Tim are friends from Carey Baptist Grammar School in Victoria.

Harri Gilbert, from NSW, won the Onitsuka Tiger Prize for brave film making, for “A Seed of Hope.”

The Trop Jr runners up were Emily O’Connell, NSW, for “The Cascades”; and  Yianni Rowlands, Victoria, for “I Think You Stink Show”.

The Trop Jr finalist films can be watched on YouTube.