The irrepressible Genies, Bruce and Baz, are back in a new series of this rollicking farce.

Bruce longs for freedom for himself and his son, Baz. But to be free from the confines of the opal and the wishes of the current owner, Bruce must win the heart and hand of Lady Diana Townes, Penelope’s mother. The course of true love never runs smooth, even if you are a Genie. Especially when your teenage master is determined to thwart your every move.

Meanwhile, Otto von Meister, the tour guide to be avoided at all costs, believes the opal is rightfully his and isn’t prepared to let Penelope keep it without a fight. His forefather stole the opal from Indigenous Australians and then lost it in a card game to Penelope’s great, great, grandfather. The battle for ownership sees Otto become the King of England.

The opal changes hands many times, with disastrous and hilarious consequences.

Finally, Penelope realises that she can’t stop true love. She must find a way to have the best of both worlds – Diana and Bruce married, but with Bruce still as her Genie.

Bruce is trying to work up the courage to ask Diana to marry him, but first he must tell her he is a Genie. Diana has been wearing the opal and believes it is her good luck charm, especially when Bruce gets around to popping the question. When she wishes for the moment to last forever, she is put into a trance. Freed from the trance, Diana can't remember a thing - including Bruce's proposal.

Despite forgetting Bruce's proposal, love blooms between Lady Diana and the Genie. Penelope doesn't believe the attraction is genuine and is sure Bruce is using his magic on Diana. She wishes he were human for a day with amazing consequences. While Bruce battles with life as a human, Penelope uses Baz as her Genie and wishes for dinner with Prince Umberto.

Mossop advises Diana to seize the day. She must learn to be able to talk about her feelings - particularly, how she feels about Bruce. Conrad decides it is time to show Otto that he isn't stupid. He trains a parrot to grab the opal, suddenly finding himself as the one with the powers. Conrad wants brains as well as good looks, so he turns to Bubbles for advice. Penelope sees her world turning so she agrees to allow Bruce half an hour alone with Diana, if he helps her get the opal back.

When Penelope gets a bad result in an examination, she wishes for the school to be destroyed, after hours, without realising Diana has a meeting at the school that night. Before she has a chance to change her wish, the Genies disappear and arrive back with Murray, the master from the past. Bruce meets Diana and likes what he sees, but she is confused when he doesn't recognise her. She doesn't realise they haven't actually met yet. Penelope and the master from the past must chase the sun, to make sure they don't change the past and affect the future!

Episode 5 Peace in Our Time

Diana is heartbroken. She believes Bruce has been kissing her friends, because of something Penelope said. Penelope wishes that everyone could be honest with each other, and gets more than she bargained for. When she tells Diana that Bruce didn't kiss her friends, Diana takes the opal and gives it to Bubbles. Bubbles believes he has to spread the message of honesty far and wide and becomes Baba Bubbles, the guru with followers across the world. When he wishes for the world to lose all their possessions, everyone loses their clothes, but Penelope gets the opal back.

Episode 6 Lord of the Files

A wish to always look her best sees Penelope maintaining her composure and her grooming, when all around her are looking dishevelled. Her school is on excursion to the Australian outback and is left without food and water by Otto. School friend Marcia manages to get the opal so Penelope can't help the starving schoolgirls. Marcia's father, Nigel claims to be an experienced bushman but he can't help. Lady Diana and Mossop are powerless. Will Penelope and the Genies be able to save the girls, without the opal?

Safely back home in England, Lady Diana accepts Nigel's marriage proposal. Penelope is unable to help with the wedding plans after a wish backfires and she becomes a baby again. She still holds the opal but no one can understand her wishes. Mossop helps Bruce thwart Nigel's plans to elope, but have they been able to call off the wedding?

Episode 8 My Better Half

Lady Diana and Nigel are going ahead with their marriage plans and Penelope is delighted because her mother isn't marrying the Genie. To keep up with her schoolwork and have time to help with the wedding plans, Penelope wishes for a double, and that confuses everyone. When Bruce discovers that Nigel is a gold digger and just after Lady Diana's money, he has to prove to Penelope that the marriage must be stopped.

Penelope wants a boyfriend and she wants Marcia and Sophie to know she has one. She sets her sights on Montgomery St. Ives and is determined to win him without the help of the Genies. Mossop leaves to find herself, turning into a leather-clad avenger, Mad Moss, the tourists' friend. Penelope has to turn to Bruce for help when she discovers that Montgomery is a cad. Marcia, Sophie and Penelope learn that revenge can be sweet.

Episode 10 The Opal is a Boomerang

Mr. Repo turns up at an exhibition of the Townes' private collection of artefacts collected over the centuries. He has a warrant to seize the opal, claiming it belongs to the Yapinchdit people and not Penelope Townes. Mr. Repo claims Sir Claude stole the opal and everything else on display. Conrad wants the opal in the name of his ancestor, Darlene says it originally belonged to her people. A wish to sort the whole mess out sees the case of ownership of the opal before Judge Smythe, Bubbles' father -  the nations of the world versus Penelope Townes. The outcome is not what anyone wants.

Episode 11 The Heart of Country & Western

Penelope is stricken with stage fright when Diana decides to enter the family in the Townsville Country and Western Music Festival. Penelope fears she will faint on the spot. Otto and Conrad see this as a great opportunity to finally get the opal. Mossop finds the opal and makes wishes, without realising the power she holds. Penelope must get the opal back to avoid embarrassment on stage at the festival.

Diana has joined the environmentalists and accepts an invitation to join Otto, who claims he is now a greenie. But it is just a plot to get the opal and it works. Overwhelmed with his new found power, Otto makes himself King of England and throws Mossop, Diana and Darlene into the dungeons. Bubbles forms the 'Merry Chaps in Green in the Forrest', to end King Otto's reign and Penelope goes undercover.

Bruce and Diana are pining for each other. Penelope realises that she can't stop true love, even if it does mean losing her Genies. To ensure her mother's happiness, she hands the opal to her mother, allowing Bruce to reveal his true identity to Diana. He proposes and Diana and Bruce are finally to be married, but how can Diana have a husband who is a slave? She must free the Genies. Penelope must work out a way to have the best of both worlds. Diana and Bruce as husband and wife, and Bruce as her Genie. 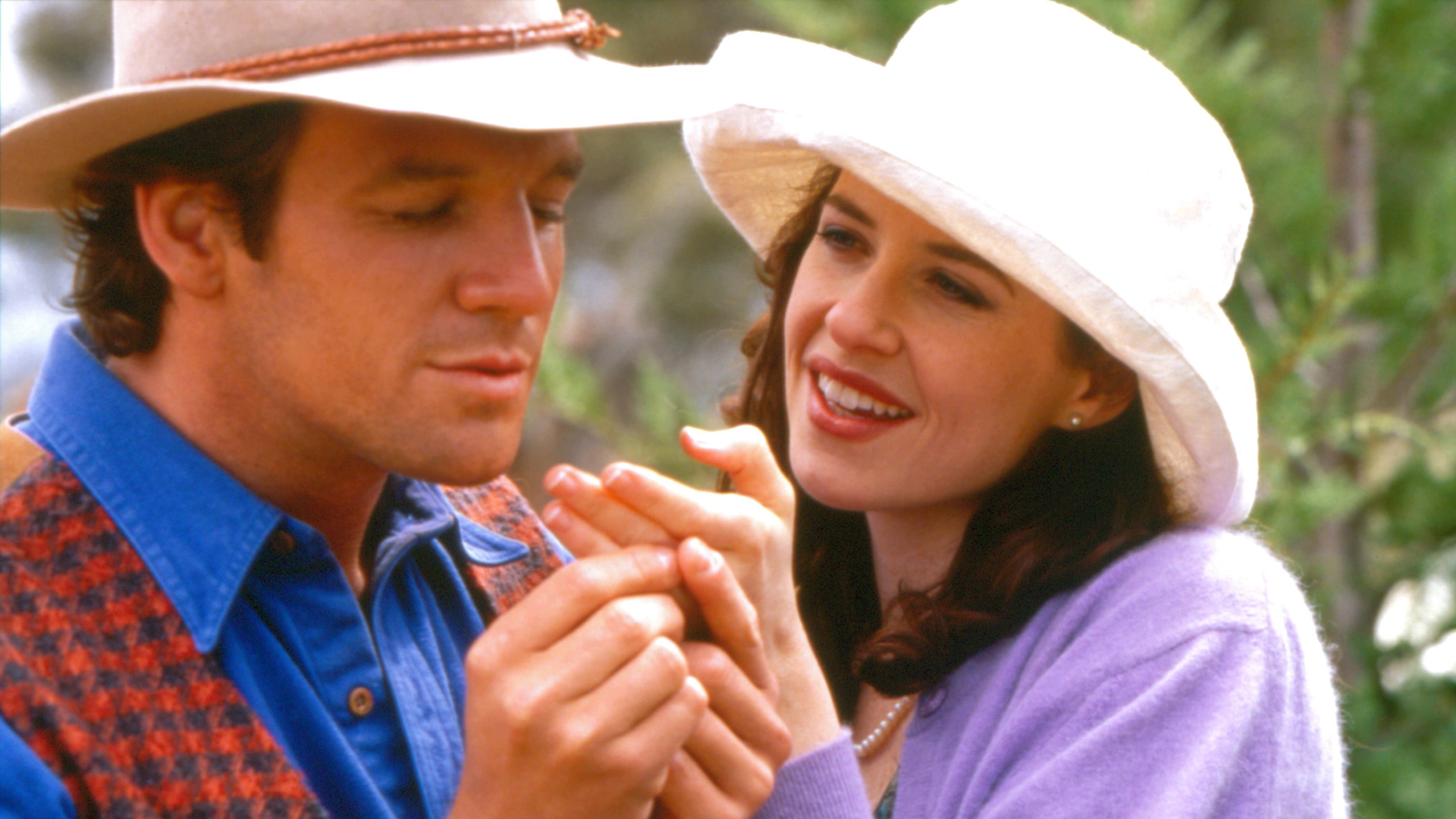 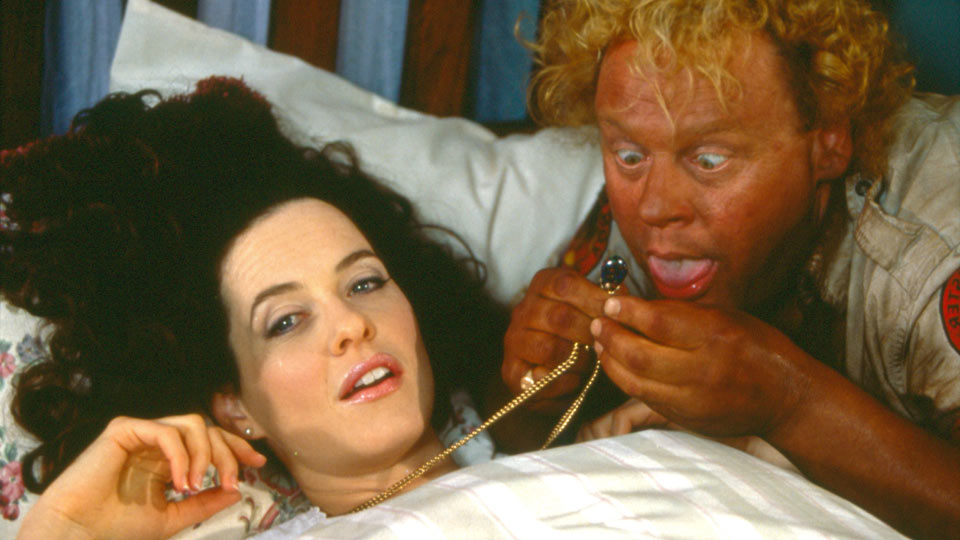 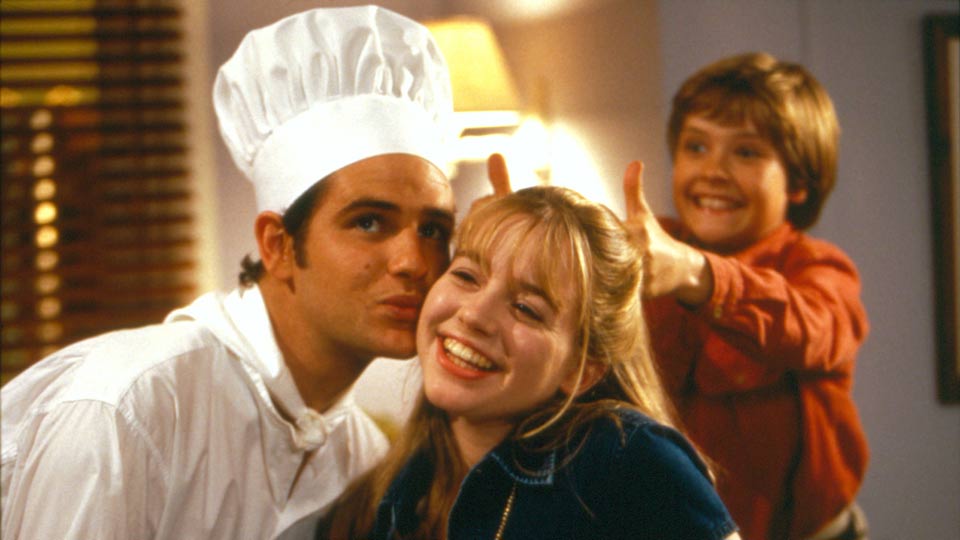 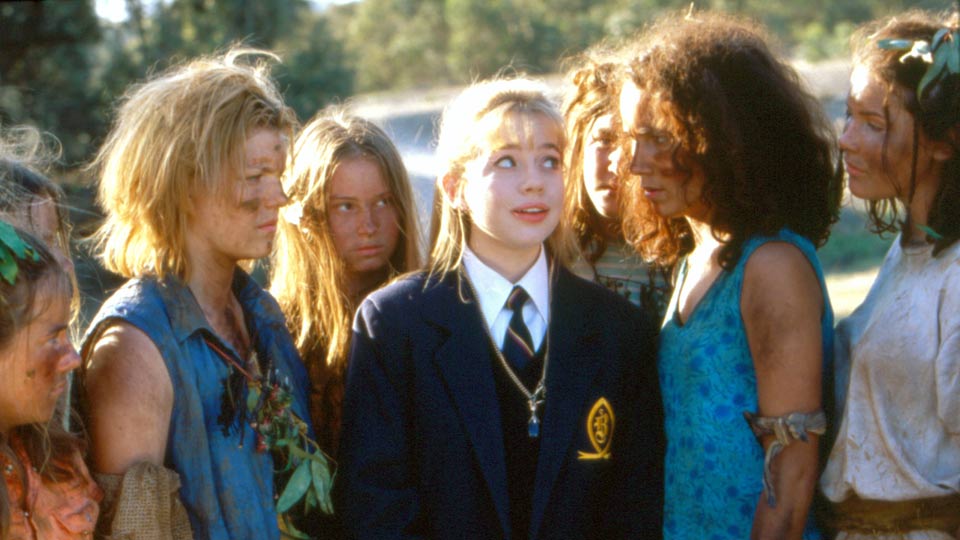 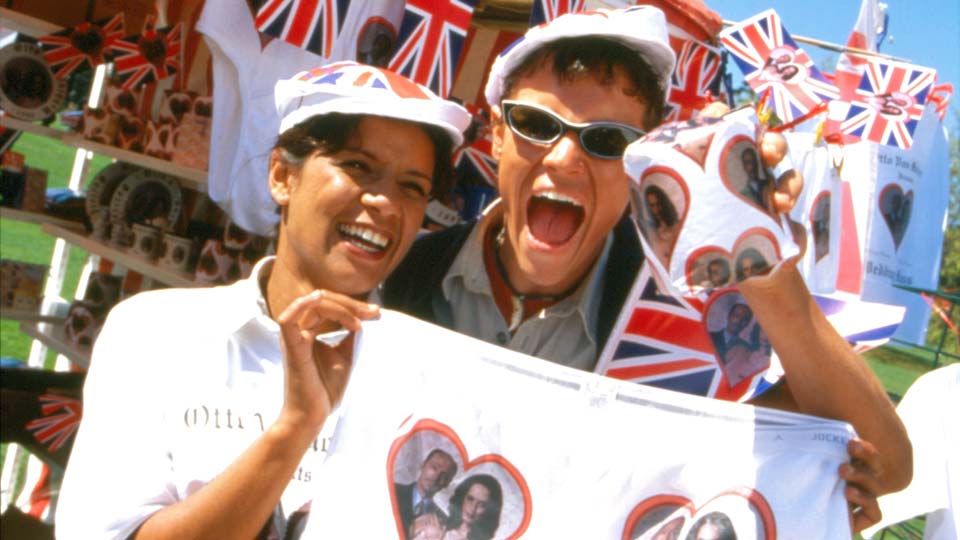 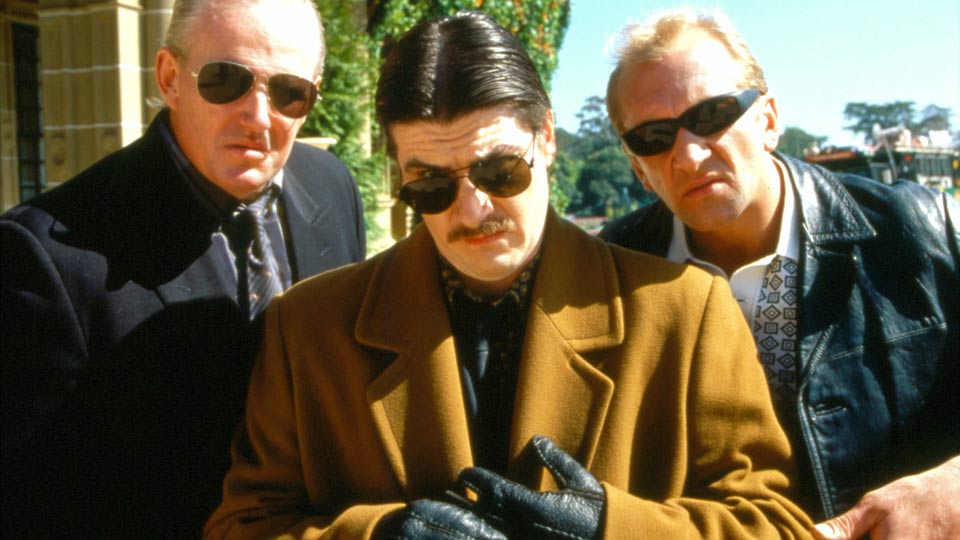 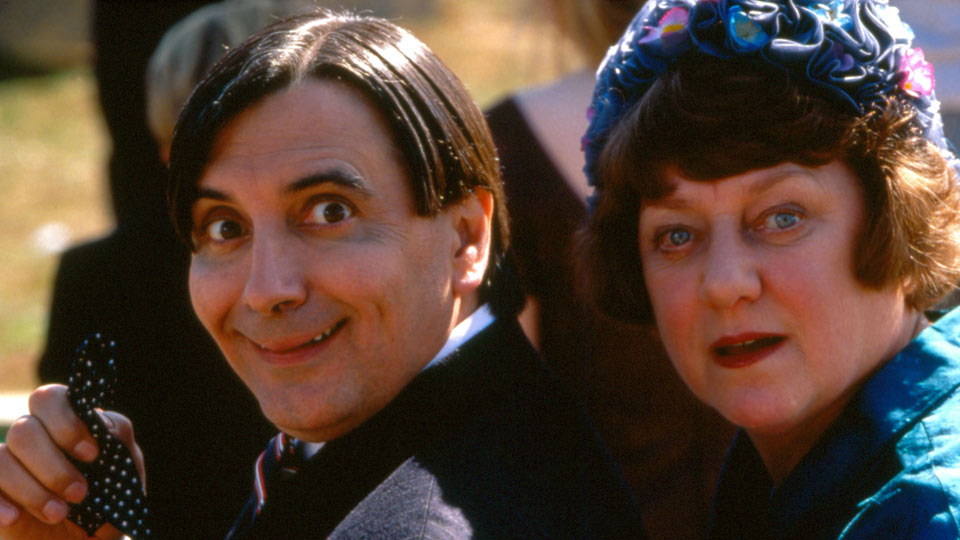 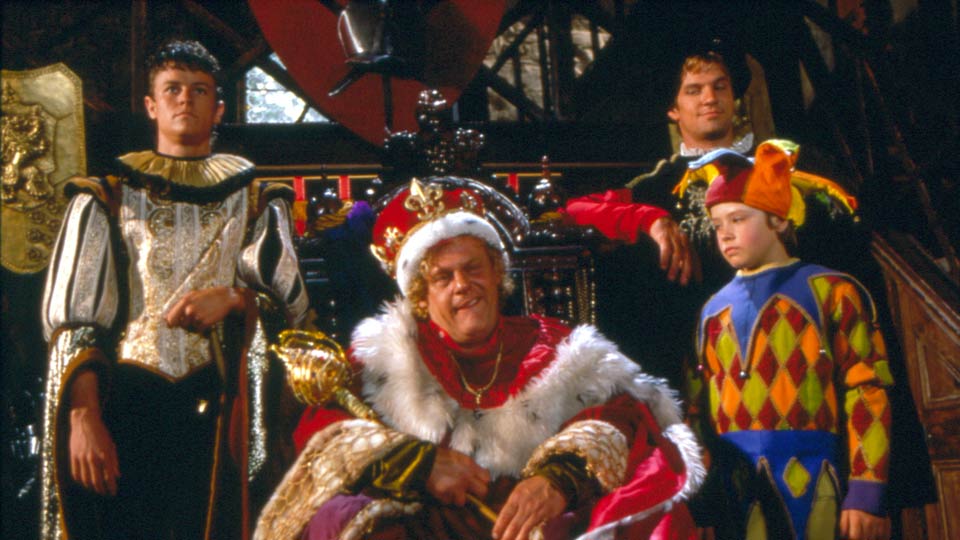