Desdemona has evil powers, that seem to have a mind of their own - unleashing themselves at the most inconvenient of times on unsuspecting victims, such as the ill-fated, lovesick Simon - a boy who never seems to tire of trying to win Desdemona’s heart, through countless acts of chivalry and charm.

Simon gets more than he bargained for, when he gallantly tries to help Desdemona by catching her falling books.

Lovesick Simon tries repeatedly to find an appropriate gift for Desdemona, but his efforts are thwarted every time.

Simon learns the hard way that even a harmless puddle can turn into a hazard - when Desdemona is around.

Unwavering in his efforts to impress Desdemona, Simon (this time) comes to grief trying to open a bottle of fizzy drink for her.

It seems that Simon’s magic tricks are no match for the dark powers that Desdemona unwittingly lets loose on him.

When Desdemona's MP3 player stops working, Simon sees it as an opportunity to impress her – but he soon wishes he hadn't!

Simon's plans to grab Desdemona's attention with a well-crafted snowman backfire, when his creation comes to life.

Despite having the best intentions, Simon learns that not even a casual breakdancing lesson is safe from Desdemona's curse.

A joy ride on Simon's new motorbike goes horribly wrong, as soon as Desdemona climbs aboard. 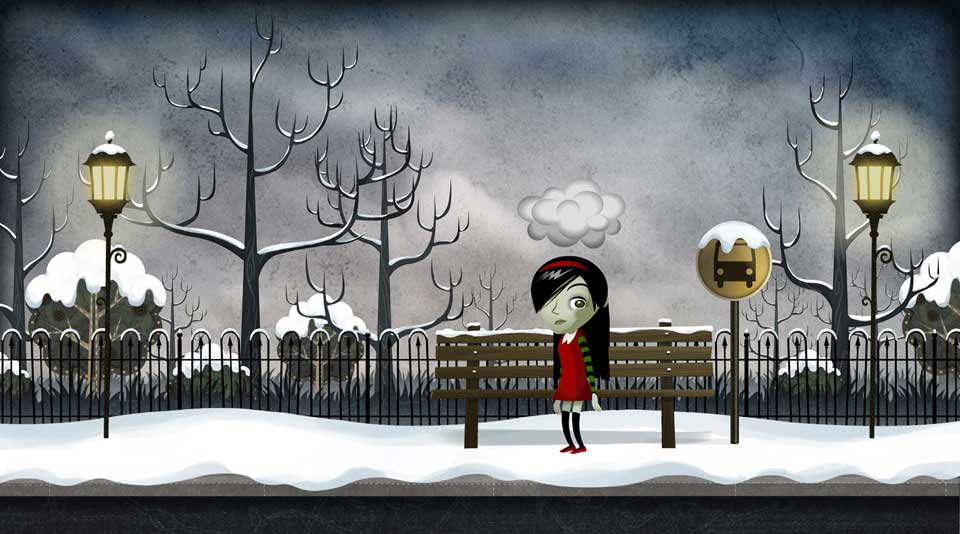 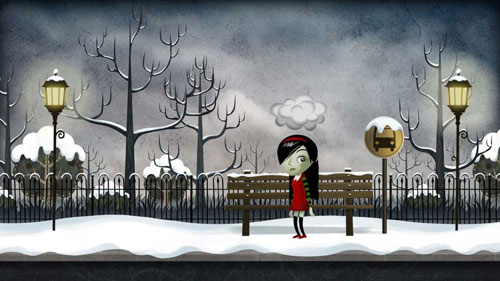