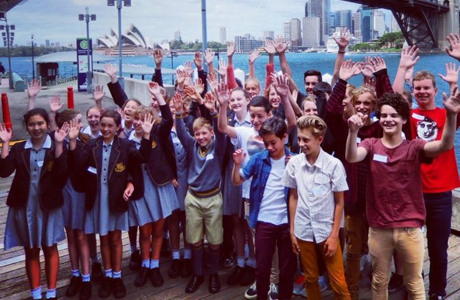 To make the cut, entrants had to create a film of less than seven minutes based on a signature item, which for December 2013 was ‘Monster’.

The 16 finalists come from across Australia, with most of the shorts being directed by first-time Trop Jr entrants.

This year, the finalists will compete for a stack of great prizes including a $5,000 cash prize for the winning film.

Some talented youngsters are actually taking their second shot at the big prize.

15 year-old Oliver Levi-Malouf and 12 year-old Catriona Warren have both been Trop Jr finalists in previous competitions.