Beyond Bluey: why adults love re-watching Australian kids’ TV from their childhoods 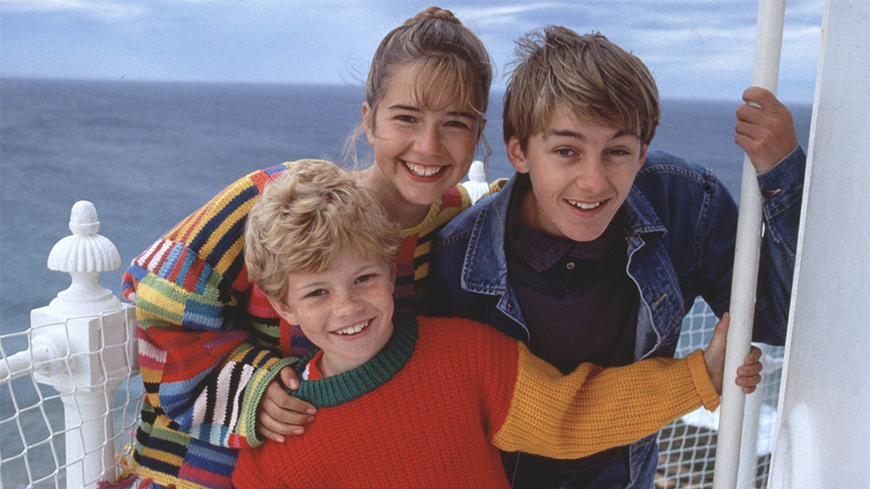 Due to the COVID-19 extended lockdowns this year, as well as greater accessibility on streaming services, many adults have been returning to their childhoods via nostalgic kids’ TV viewing.

As part of our research project, Australian Children’s Television Cultures, we surveyed over 600 adults about their viewing habits — and it turns out some viewers never forget the joy of the television shows that they raced home to watch after school.

Many survey participants confessed they had simply never stopped watching children’s shows in the first place. Australia’s own Dance Academy (2010-2013) was frequently mentioned in the responses as a show that even adult viewers “can watch… anytime and feel connected with,” as one respondent put it.

For those who didn’t keep their old VHS tapes or DVDs, it has been the advent of streaming services, from YouTube to Netflix, that has enabled viewers to rediscover their cherished kids’ shows of old. Nearly two thirds of adult respondents have revisited Australian children’s shows in recent years, most often via online clips and streaming services.

While there’s nothing new about adults getting swept up in nostalgia for childhood viewing, the streaming era has made it even easier to pass on these family viewing traditions.

The heightened nostalgic urge to return to old TV shows has also been linked to the COVID-19 lockdowns many of us have recently been through, or indeed are still experiencing.

In our survey, many respondents mentioned the lockdown made them more likely to revisit children’s TV from their youth. As one survey respondent noted, “in these strange and chaotic COVID-19 times, I’ve been really feeding into the nostalgia.”

Nostalgia emerged as a term in 1688 to describe a disease primarily associated with soldiers longing to return home, even though upon their return, home was never quite the same. The word itself reflected this bittersweet combination, forged from the Greek nostos (homecoming) and algos (pain). In popular culture, nostalgia is frequently associated with warm and fuzzy feelings, but, as Svetlana Boym influentially suggests, nostalgia is also a type of grieving for a past that has been lost.

Returning to kids’ TV is a way of both grieving for and celebrating our own past childhood, as well as a pre-COVID world we used to enjoy. In other words, nostalgia is not as simple as we might at first assume.

Our survey responses indicate families have been uniting across the divide of lockdown restrictions and closed borders to watch old kids’ TV shows together:

“In lockdown, it’s provided a connection point for my family” by rewatching Round the Twist and Sky Trackers (1994), one respondent noted. They explained, “we talk about what we remember, and tell jokes about it consistently through messaging services.”

Not only parents but also grandparents and babysitters revealed they enjoy sharing beloved shows from their childhood with the next generation. This strategy isn't always successful given tastes and expectations have changed, with today’s kids finding some old shows “bonkers” or describing the special effects as dated. As one parent from the survey notes, “having children now, I want to show them some of the shows I loved (whether they like it or not!)”

Many of our survey participants discussed this shared viewing across generations, but also just among other adults. So as it happens, kids’ TV isn’t just for kids.

Beyond family members, our participants are finding connections with their own generation on social media through old kids’ shows they still enjoy. Even young adults are already feeling nostalgic.

“I have loved watching on TikTok people recreating some of the iconic scenes” from H2O: Just Add Water (2006-2010) and Blue Water High (2005-2008), one participant told us. They explained, “When scrolling through the comments of these videos there’s often hundreds of other young Australians that relate as they had the same fond memories of these shows which I feel unites us.”

With so much content now spread across broadcasting, cable and streaming television services, it’s uncertain whether today’s kids’ TV will offer this same sense of communal nostalgia to future generations — though Bluey (2018-) is surely a contender. Bluey is already the focus of popular memes and a successful recap podcast, so perhaps the show is a contemporary vehicle for adult viewers’ nostalgia about growing up in Australia, albeit in a new guise.

Ultimately, our research indicates that engaging nostalgically with kids’ TV has been an important means of social connection during the pandemic, both between adults and within and across different generations.

Although nostalgia was initially defined as a ‘disease’, today it is combating the division the pandemic has created, with locked down audiences using streaming services to reconnect with their favourite kids’ TV and each other.

This article is republished from The Conversation under a Creative Commons license. Read the original article.