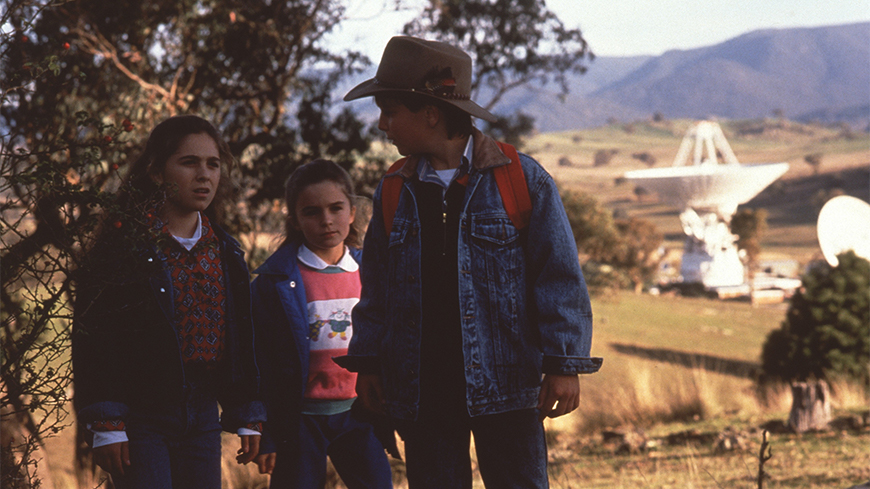 In Sky Trackers, Mike and Nikki are both scientists’ children, living beneath the massive dishes of a space tracking station in the heart of the Australian outback. Nikki is 13 and into science - her dream is to be the first person on Mars. Mike is 14 and into rock music - he thinks science sucks. Mike’s horse and guitar are the only things that make his life at the station bearable - until he falls for Nikki, that is.

For schools teaching French, this series could be used to address curriculum content descriptions including:

As the series incorporates factual space information, this French language version could also be used in science education at bilingual schools.

Additional French titles will be added to the ACTF Shop in the coming months, with Lockie Leonard and Mortified available to download now.