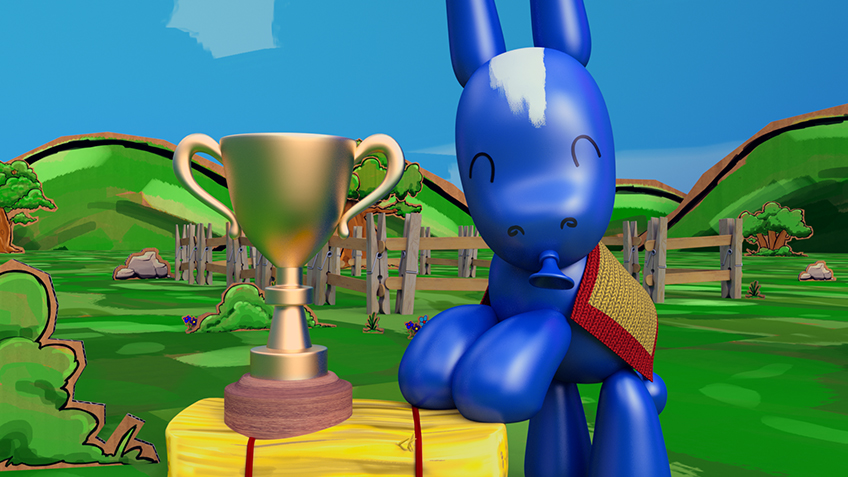 The ACTF has secured several sales in the lead up to MIPCOM.

Commissioned by Disney Junior (Australia) and produced by Like A Photon Creative, Balloon Barnyard (26 x 7 min) is a colourful and entertaining animated series for 2 to 4 year olds, which follows the adventures of two lovable donkeys (Pip and Streak) who have superhero ambitions, and find fun and mystery around the farm every day.

Since MIPTV, further sales have been confirmed for the successful live action comedy series Little Lunch as well as the two Little Lunch Specials. The series and specials have been acquired by NBC Universal Cable Entertainment’s Universal Kids network, TVO (Canada) while Hop Media Group (Israel) acquired the series plus all 52 episodes of our children’s wildlife program WAC (World Animal Championships) (Blacklab).

Little Lunch, produced by Gristmill and created by Robyn Butler and Wayne Hope, is a live-action comedy series where every episode takes place during that highly anticipated school day break – morning snack time!

Sales have also been signed for South Africa with Daro Film acquiring Bushwhacked! Series 1 & 2 and Ready For This for SABC.

Wacky World Beaters has also been acquired for the UK, Ireland, USA and Canada by UK based Aser Media, who are launching a new SVOD service with a focus on kids 7-12 with a sports theme.