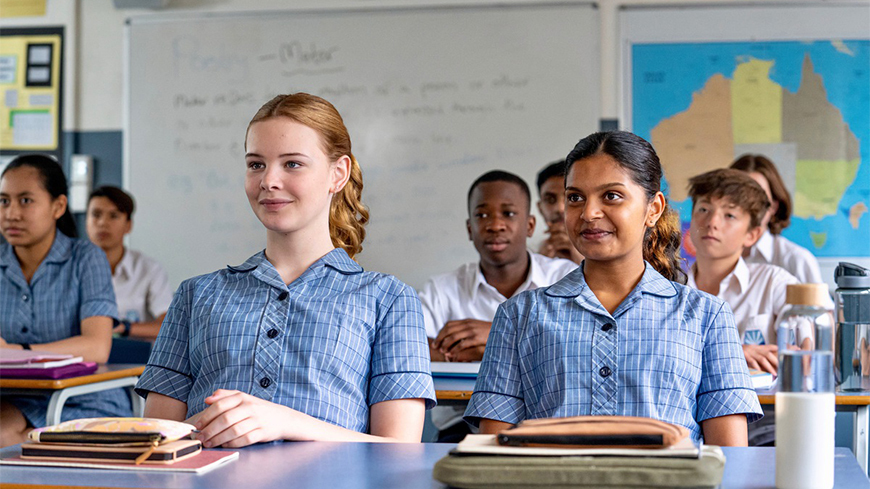 Both series of First Day can now be acquired for broadcast worldwide, with the Australian Children’s Television Foundation (ACTF) securing the international distribution rights for Series 2.

The second series of First Day premiered to Australian audiences on ABC ME and in the USA on Hulu earlier this year. Now, the rest of the world is able to acquire the series through the ACTF.

First Day Series 1, produced for the ABC by Epic Films in association with Kojo Entertainment, has been a huge success worldwide, airing across six continents to territories including the US and Canada, the UK, Europe, Japan, Brazil, Israel, South Africa and New Zealand.

As well as winning the 2021 Best Kids Live-Action International Emmy Award, it has been honoured with accolades at a number of prestigious awards ceremonies both at home and internationally, including the Rockie Awards, Rose d’Or Awards, Kidscreen Awards and the GLAAD Media Awards.

The ACTF has also secured the education rights for the second series. It is now available for purchase through the ACTF shop, and the ACTF learning team is creating dedicated teaching resources to be used in classrooms across the country.

First Day tells the story of Hannah, a transgender girl starting high school. Hannah experiences all the excitement and fear associated with this transition, but her first day is even more significant: it’s the first time she will wear a girl’s uniform to school and go by her chosen name, rather than the boy’s name she was given at birth.

In Series 2, Hannah finds herself in the race for Class Captain in her second year at Hillview High School. When her run for the leadership exposes an underlying level of transphobia among her classmates, she starts a group for LGBTQIA+ students, but risks alienating her closest friends in the process.

ACTF CEO Jenny Buckland said: “The first series of First Day was truly ground-breaking, and the continuation of Hannah’s journey is a special, important story, reflecting the Australian Children’s Television Foundation’s core values of inclusion, diversity and resilience. We are proud to be able to bring the second series to the world, and to be able to support educators who will use it in their classrooms. We know that children across the globe will love going along for the ride as Hannah navigates her second year at high school.” 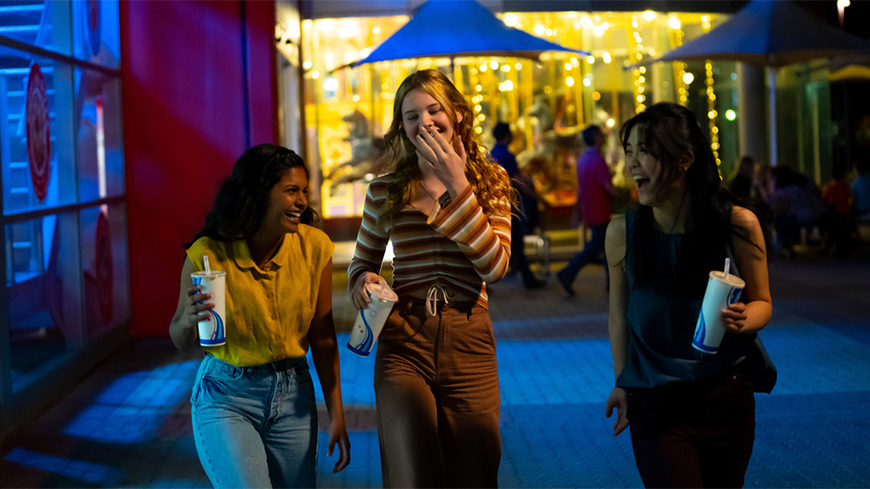 First Day Series 2 is an Epic Films production in association with KOJO Studios. Production Funding from Screen Australia. Financed with the assistance of the South Australian Film Corporation. Development and Production Support from the Australian Broadcasting Corporation. Developed with the assistance of and distributed by the Australian Children's Television Foundation. Written and Directed by Julie Kalceff. Produced by Kirsty Stark and Kate Butler. Co-Producer Julie Kalceff. Starring Evie Macdonald as Hannah.