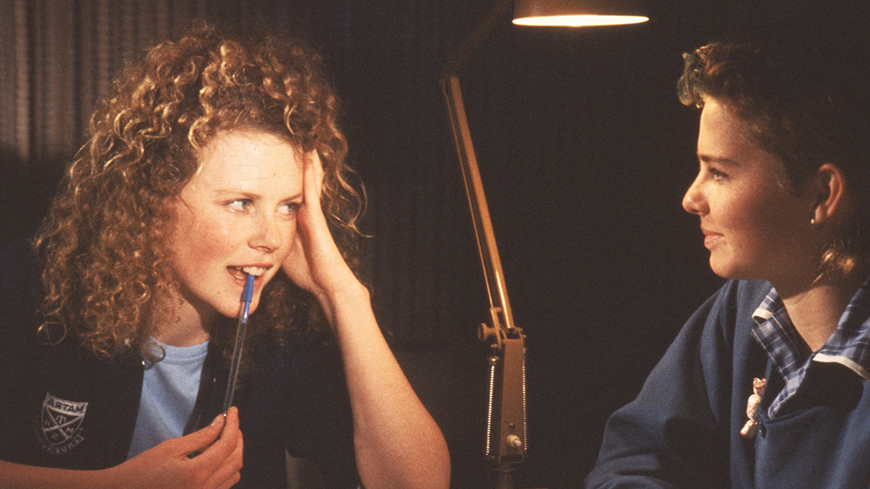 The origin story of the ACTF

Above image: Nicole Kidman and Alyssa-Jane Cook in Room to Move, one of the instalments of the Winners series, which was the ACTF's first project.

Over the past 40 years, the ACTF has developed, produced, distributed and invested in some of the most iconic children’s television programs ever made, including Round the Twist, Lift Off, Li’l Elvis Jones & the Truckstoppers, My Place, Dance Academy, Mortified, Lockie Leonard and Little Lunch. Working with Australia’s leading producers, directors, crew, performers and animation houses, the shows that the ACTF has supported have kickstarted many careers and delighted the millions of children here and around the world that have grown up with them.

Without the Australian Children’s Television Foundation, many of these programs would not exist. Others may not have become the successes that they are today, and many would have never made it beyond Australian shores. Policy around the production of children’s content would look completely different.

Over the course of the year, we’re looking back over the history of the ACTF, sharing stories, memories and photos. In this article, we go all the way back to the very beginning, to ask the question about our origins: how and why did it all begin? 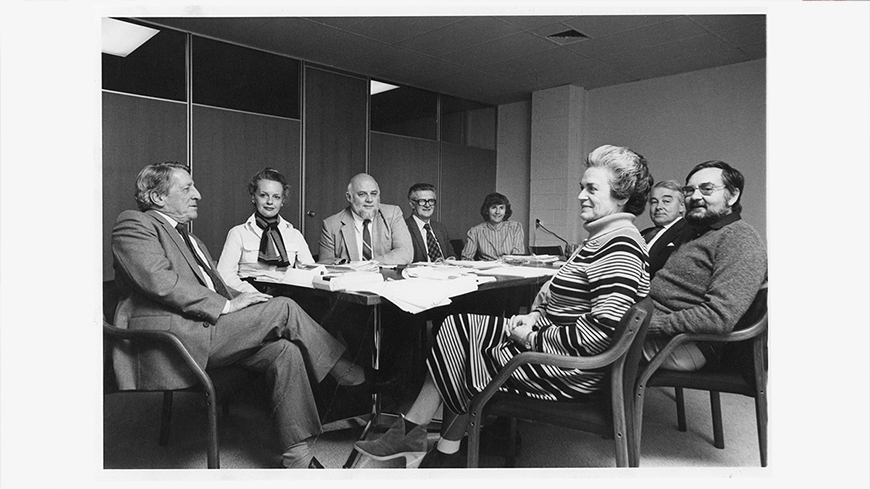 The early days of television and the introduction of regulations

When television was introduced to Australia in 1956, most of the content was imported. Locally produced television consisted mostly of live variety shows and news and current affairs programs.

It didn’t take long for the production industry to begin campaigning for Australian content quotas on commercial broadcasters. The first quotas were introduced in the 1960s, as the result of the first “TV: Make It Australian” campaign, headed by entrepreneur, conductor and media mogul Hector Crawford. Without quotas, the fledgling Australian production industry could not compete with the slick shows imported from Hollywood at a fraction of the cost of producing original shows here.

In 1969 the Australian Broadcasting Control Board introduced an incentive scheme of credit loadings for Australian children’s programs, which meant that commercial broadcasters who showed Australian children’s programs got double credit towards their 50% Australian content quota. This incentive didn’t produce results, so in 1971 they introduced a points system that required television stations to show four hours of children’s programs every 28 days. The Children’s Television Advisory Committee of the Control Board was still unimpressed with the results and as early as 1972 they were suggesting that the Commonwealth Government should consider ways to support the establishment of an independent foundation to produce television programs especially for children.

In 1977 the Australian Broadcasting Tribunal (as it had become) conducted an inquiry into the Self-Regulation of Broadcasting, receiving submissions and holding public hearings all around the country. The poor standard of children’s television programs dominated the evidence that the community brought to the inquiry, with a general theme that children’s television was unimaginative and low budget. In addition, many of the programs being shown in children’s viewing times were imported and not designed for children (I Dream of Genie, we’re looking at you).

The Children’s Television Standards were introduced in 1979 as a direct outcome of this community concern. They required minimum amounts of age specific, quality children’s programs on commercial television.

When these regulations were first introduced The Age editorialised on 22 May 1979 that they were:

"...a tentative move in the right direction... For too long, children have had few alternatives to imported, mindless cartoons and repeat screenings of programmes originally made overseas for the adult evening market... The new guidelines provide an opportunity at least partially to satisfy children's needs and curiosities, instead of using television as an unpaid, unchecked babysitter. The chance to give them better television should not be wasted."

Without these regulations, the children’s television production industry would not have existed.

The regulations were enhanced by the Children’s Drama Sub-Quota, which was introduced into the Australian Content Standard in 1984, requiring commercial broadcasters to transmit eight hours of new Australian children’s drama per year. 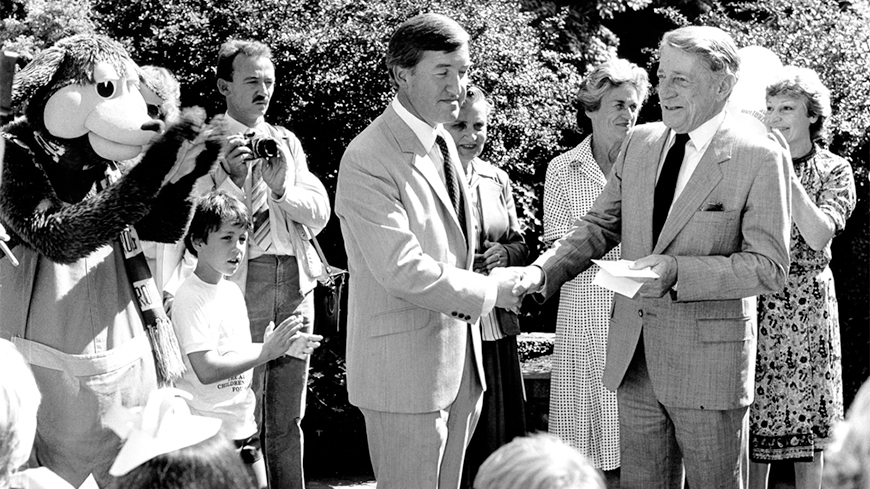 Then Victorian Minister for Education and the Arts, Norman Lacy, with the first Chair of the ACTF Board, Ken Watts

How the ACTF came to be

In 1979, Dr Patricia Edgar AM was the Chairman of the Children’s Programming Committee of the Australian Broadcasting Tribunal, which was classifying the first C Programs that were coming through. There was constant tension between broadcasters and the regulator over classification of children’s programs and Dr Edgar became convinced that regulation by itself would not produce outstanding programs.

That same year, she presented a paper in which she argued that quality programs would not be made without a not-for-profit production company producing and developing programs.

Dr Edgar’s paper attracted the attention of the Victorian Minister for Education and the Arts, Norman Lacy, and they joined forces to work on a proposal to establish the Australian Children’s Television Foundation. Minister Lacy appointed Dr Edgar to work on steering the project within the Victorian Arts Ministry, and they won support from the NSW Minister for Education, Paul Landa, as well as the Senate Standing Committee on Education and the Arts, which recommended the establishment of an independent children’s production unit. This became the impetus for the establishment of the ACTF.

The ACTF was ultimately established as a unique organisation, a public company limited by guarantee, with funding from all of the states and territories (except Queensland in the early years). The Commonwealth contributed through the Arts portfolio, as it still does to this day, but the states and territories contributed through Education portfolios or a combination of Education and Arts.

Patricia Edgar went on to lead the ACTF for two decades. Under her leadership, the ACTF produced groundbreaking and iconic children’s programs including Winners, Round The Twist and Lift Off, all of which won numerous accolades and awards and are fondly remembered and re-watched to this day.

Since its inception, the ACTF has operated in a space at the intersection of children’s media, culture and education, and that remains at the core of our philosophy today – influencing our decision making, strategic directions and day to day activities. We’ve adapted and evolved along with changing times, and we look forward to sharing more aspects of this journey over the course of this year and throwing a spotlight on the shows, personalities and events that have occurred along the way. 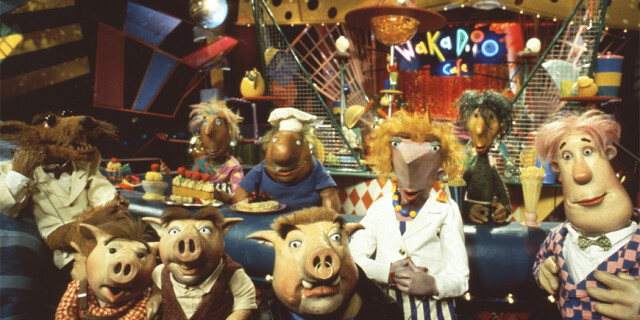 It’s been 30 years since Lift Off! first aired, but three decades on it remains one of Australia’s most iconic children’s programs. In this article, we look back at what made this series so successful at the time, and why it still holds a special place in the hearts and memories of those who grew up watching it.