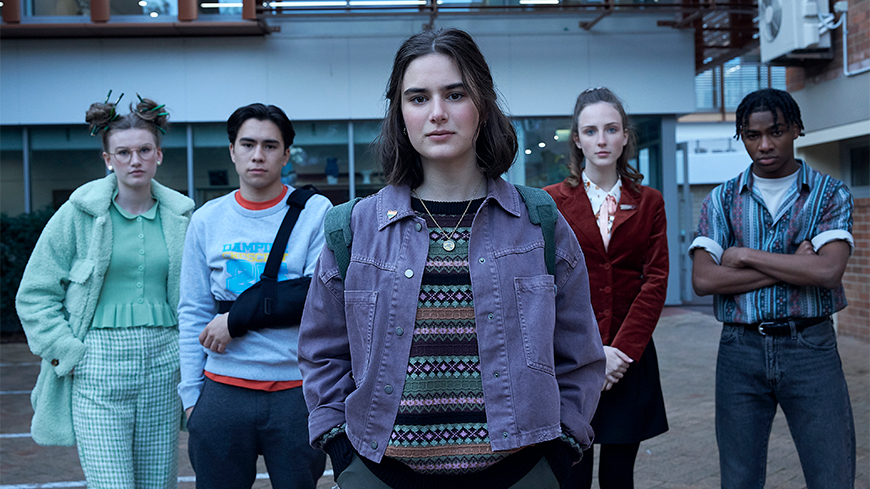 Unconscious bias starts a young age and is informed partly by the stories that we engage with.

The female characters depicted in children’s screen stories can help the audience understand and embrace the diversity of girls and women in ‘real life’.

Diverse and intersectional characters that challenge gender stereotypes are not only interesting for young viewers to watch; they share powerful messages about the world. They illustrate that there is more than one way for girls and women to look, sound and act.

This International Women’s Day, we’re reflecting on recent Australian kids’ TV characters that challenge gender stereotypes and help us all to #BreakTheBias. 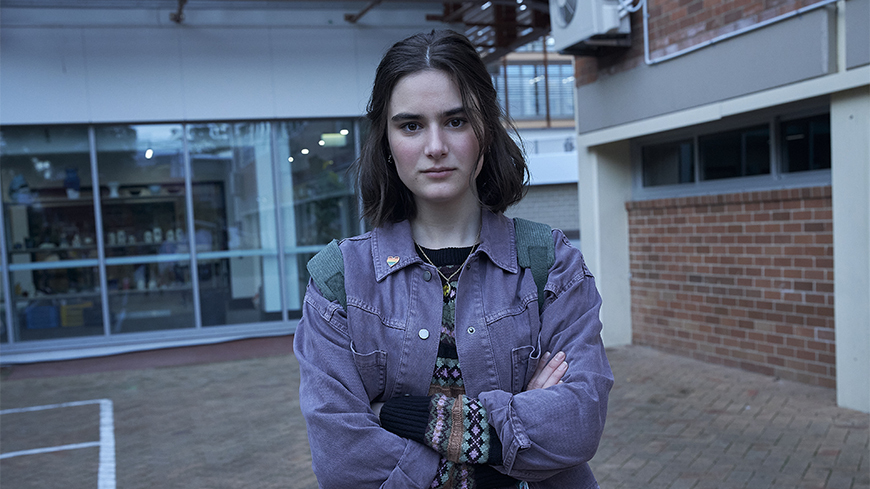 Catalina (Cat) is the daughter of Isabel Pérez, newly appointed Prime Minister of Australia. She is a spirited teenage activist who is passionate about environmental issues and determined to make her own voice heard, despite the constraints of her very public position. Cat faces many roadblocks and restrictions throughout The PM’s Daughter, but remains dedicated to doing what’s right in both her personal and public lives.

The character of Cat, played by Cassandra Helmot, challenges gender-based assumptions about political engagement and activism. As girls and women make up half of our population, it is essential that they are adequately represented in our governments. Along with her PM mother, Cat shows young viewers that women do have a place in politics – and that there are many avenues for making your voice heard. 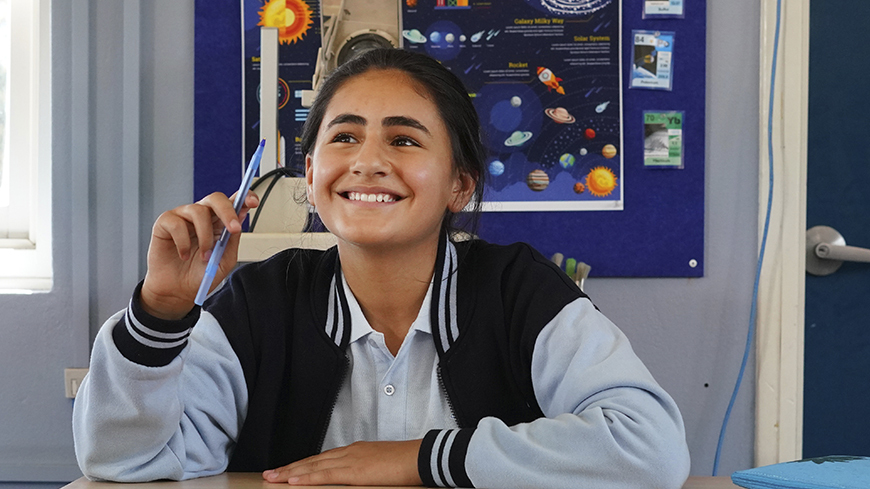 In Hardball, top handball player Salwa can be described as fiery, volatile and… a little bit scary. Socially, she is initially guarded, but her friendships with Mikey and Jerry help her to build trust and confidence when relating to others. Her character challenges stereotyped representations of young women and girls as being always friendly and open.

Salwa is Lebanese, and her character gives viewers a window into Lebanese culture – including the delicious sweets sold at her parents’ bakery. In the ACTF’s Hardball Cast Webinar, actor Reannah Hamdan reflects that diverse representations of culture teach viewers that: ‘We don’t have to be the same skin colour or the same culture to cooperate and be friends. We can all come together even if we’re not the same.’ 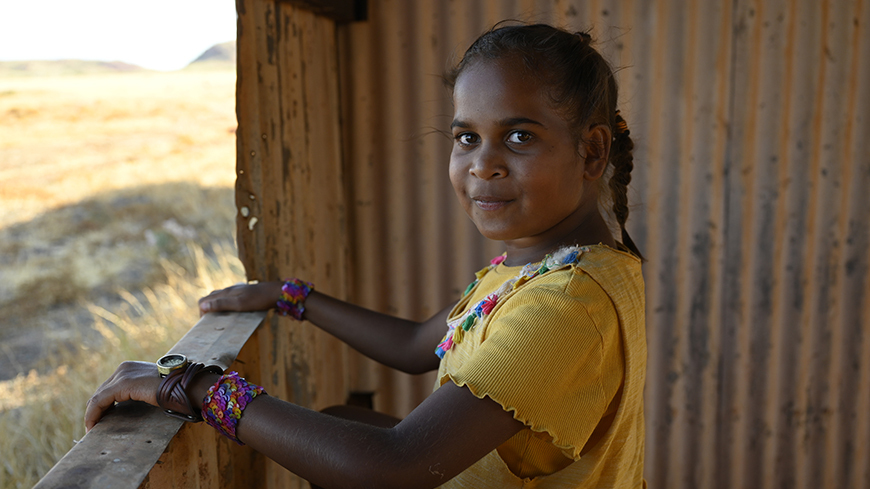 In First Nations series Thalu, we meet the mysterious Vinka when the children are interrupted by a small girl throwing bush lollies at them. Played by Penesha Wally, Vinka proves herself to be quietly powerful, literally: she does not speak until the final episode of the series.

Vinka’s actions in the episode titled ‘Shadow Boxer’ illustrate her power and wit. The children find themselves in a narrow pass guarded by the Shadow Boxer, a man they must defeat to continue their journey. Despite being the youngest and smallest of the group – or perhaps because of this – Vinka is selected to take on the Shadow Boxer. Instead of throwing punches, Vinka runs circles around her opponent and makes him so dizzy that he falls.

This storyline challenges gender stereotypes centred on both strength and intelligence. The boys believed they would have most chance of defeating the Shadow Boxer, but Vinka proved that gender and body size were irrelevant when facing down a tough opponent. 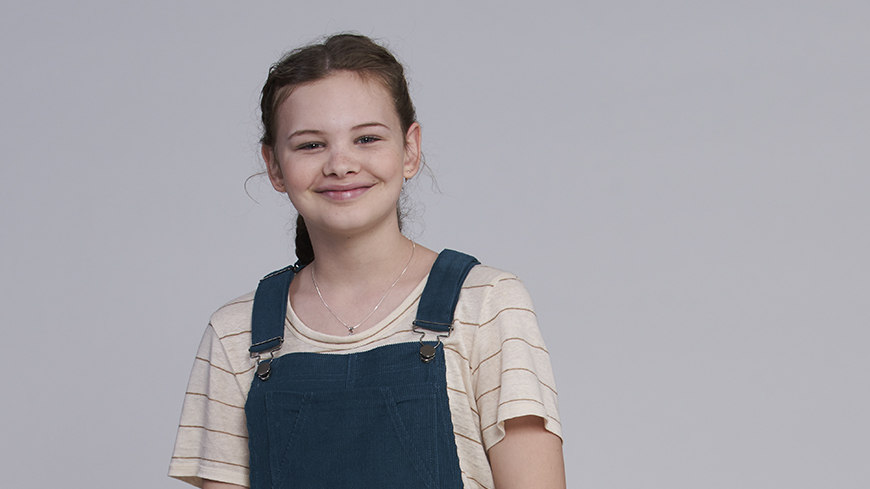 In First Day, we see lead character Hannah Bradford commencing her first year of high school. As a transgender girl, Hannah not only has to navigate the challenges that come with starting a new school but also find the courage to live as her most authentic self.

Transgender, gender diverse and gender questioning people are underrepresented in the media – even more so in children’s media. So, while Hannah’s story reflects the experiences of just one fictional character, it is an incredibly important story for young audiences to have access to. Through Hannah’s character, transgender and gender diverse young people may see relatable experiences reflected on screen, and the wider audience can learn about gender diversity. In this way, the character challenges stereotyped representations of gender, and fosters inclusion in the community.

Lead actor Evie Macdonald summed up this process succinctly when asked about audience responses to her character, Hannah. Evie said, ‘I’d like for people watching the series to think, “Wow, she’s just like me: she’s not that different!” I want people to see that.’ 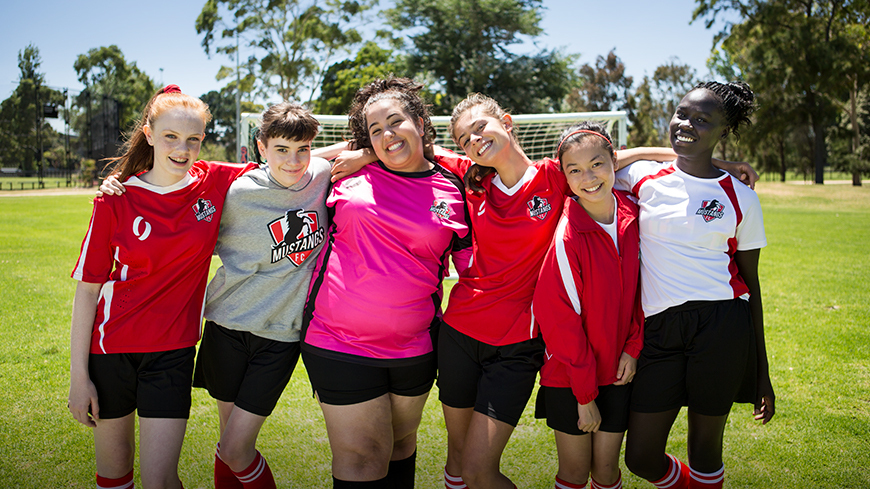 While not strictly ‘a’ character, it would be remiss of us to omit the Mustangs FC soccer team from any list of bias-breaking girls. This series follows a group of teens who start their local football club’s first all-girl team. Against the odds, they stand united and overcome all the challenges the club, the boys' team and the opposition throw at them, all whilst reflecting on what it means to be a girl today.

Throughout the series we see the diverse team members face and overcome many challenges, such as unequal access to uniforms and changing facilities, lack of support, and the aggravating suggestion that they are ‘playing like girls’. These characters defy many gender stereotypes and assumptions, encouraging young viewers to think differently about sports participation and ability, gender expression, disability, family structure, romantic relationships, and more. 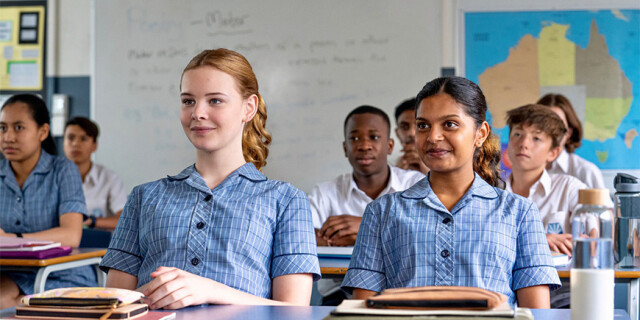 Both series of First Day can now be acquired for broadcast worldwide, with the Australian Children’s Television Foundation securing the international distribution rights for Series 2.