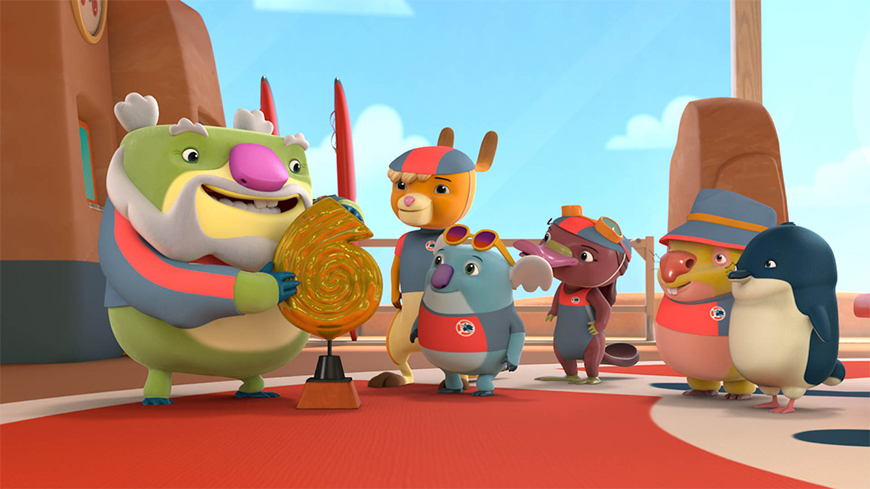 The 54th annual Australian Writers’ Guild Awards will broadcast on YouTube next Tuesday, 7 December, and the AACTA Awards will be held next Wednesday, 8 December at the Sydney Opera House and broadcast on Channel 10.

As proud sponsors of the ADG Awards and the AWGIE Awards, the ACTF is thrilled to have been involved in a number of programs which have received nominations across the children’s and animation categories.

Darren Ashton and Guy Edmonds have received nominations for Hardball Season 2 in the Best Direction in a Children’s TV or SVOD Drama Program Episode at the ADG Awards, while episodes of Space Nova (Pablo de la Torre), Kangaroo Beach (David Webster) and 100% Wolf: Legend of the Moonstone (Alexs Stadermann and Jacquie Trowell) have been nominated for Best Direction in an Animation Project.

At the AWGIE Awards, episodes of Kangaroo Beach (Simon Dodd and Tristan Dodd) have been nominated for best preschool program, Hardball Season 2 (Amy Stewart) is a finalist in the best children’s program category and two episodes Space Nova (Melanie Alexander and John Armstrong) are nominees in the animation category.

Three ACTF supported series’ have been nominated for Best Children’s Program at the Australian Academy of Cinema and Television Arts (AACTA) Awards: 100% Wolf: Legend of the Moonstone, Hardball Season 2 and Kangaroo Beach.

We wish the best of luck to all the talented and hardworking creatives who have received nominations.