Meet Hardball cast and creators in our student webinar 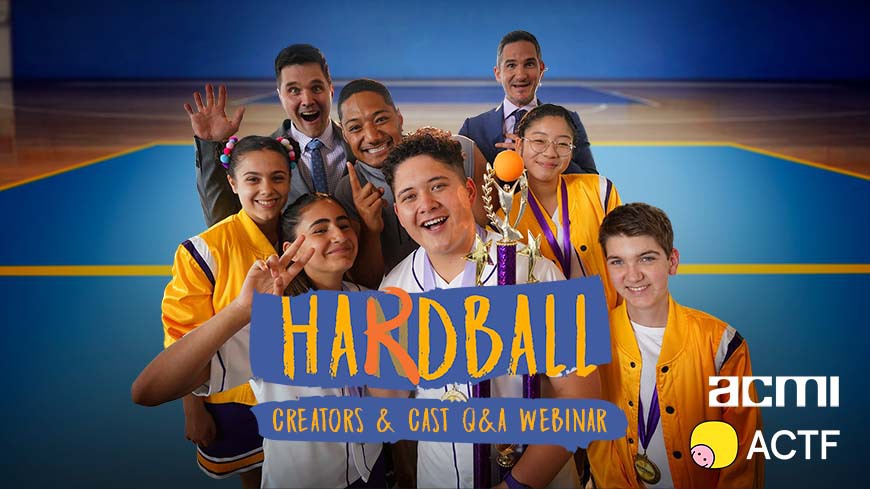 In a free ACMI Education x ACTF event for Media Literacy Week, primary students will meet the creators and cast of Hardball Series 2 and gain insight into children’s television production.

Hardball Series 2 (now streaming on ABC iview and available in the ACTF Shop) sees Mikey and the gang go on an epic adventure to win an even more epic state doubles handball tournament. Life is ‘skux as’ for the Block Street crew… except for the arrival of twin sporting villains, a problematic scholarship opportunity for Mikey and the end of primary school looming.

Hosted by ACMI Education and the ACTF, this Q&A webinar gives students the opportunity to hear from series creators, writers and cast members Matt Zeremes and Guy Edmonds, and cast members Erin Choy (Tiffany) and Semisi Cheekam (Mikey). The discussion will take students behind the scenes in television production, developing their knowledge of media representations, audiences and languages.

Do you or your students have questions about Hardball, or about media production and careers? Please submit your questions to education@actf.com.au by Thursday 21 October.