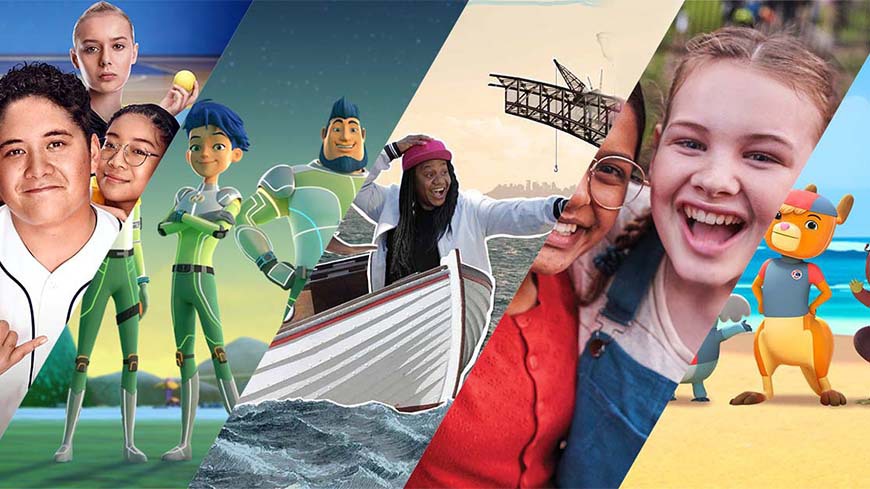 Five TV shows supported by the Australian Children’s Television Foundation (ACTF) have been announced as finalists at the Screen Producers Australia Awards.

The Awards encompass work from an extended, two-year period, due to Covid-19.

First Day by Epic Films, Hardball (Series 2) by Northern Pictures and Are You Tougher Than Your Ancestors? by Sticky Pictures & Flying Kite Pictures have been nominated for Children’s Series Production of the Year.

Kangaroo Beach by Cheeky Little Media and Space Nova by SLR Productions have been nominated for Animated Series Production of the Year.

First Day follows transgender student Hannah Bradford as she embarks on her high school journey. The series has resonated with audiences the world over, winning accolades at the Rose d’Or Awards, the Kidscreen Awards, the GLAAD Media Awards and the AACTA Awards, as well as being nominated for a 2021 International Emmy Kids Award.

Hardball, produced by Northern Pictures for the ABC, is a live-action comedy series about the competitive world of school handball, filmed in Western Sydney. The first season has won awards in Australia, Japan, Germany, Canada and the USA, including a 2020 International Emmy Kids Award.

Are You Tougher Than Your Ancestors? is a fun and immersive living history series that pits the skills of today’s kids against those from Australia’s past to see how they measure up. It has won accolades at the Chicago International Children’s Film Festival and the Australian Teachers of Media Awards.

In Kangaroo Beach, four young animal friends spend an action-packed summer together at the beach, training as lifeguard cadets, while in Space Nova, a family of space explorers makes an interstellar discovery that will change the course of history.

Winners will be revealed at the 20th Screen Producers Australia Awards ceremony on Wednesday, 30 March 2022.

Hardball is a Northern Pictures production for the ABC, with investment from Screen Australia in association with the ABC. Created by Guy Edmonds and Matt Zeremes and Executive Produced by Catherine Nebauer, Produced by Joe Weatherstone. Financed with support from the ACTF and Create NSW. The ACTF distributes Hardball internationally.

Kangaroo Beach is a Cheeky Little production for the ABC, with major production investment from Screen Australia, UYoung and the ABC. Financed with support from Screen NSW and Fulcrum Media Finance. The series is distributed internationally by Sonar Entertainment, UYoung and Infinite Frameworks.