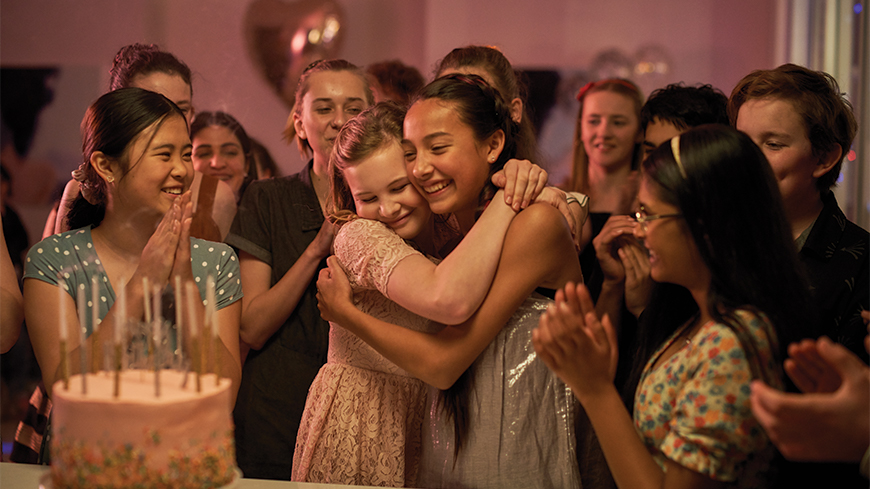 It’s been success after success for Australian children’s drama First Day, following a sale to NHK in Japan, a Canadian premiere on CBC and a 2021 GLAAD Media award win for most 'Outstanding Kids & Family Programming' series.

In a recent sales deal, Japan’s public broadcaster NHK acquired First Day from the ACTF to air in June as part of their Inclusion Week.

NHK’s Takako Hayashi, Senior Producer at Programming Department, said: "We are very pleased and proud to be able to deliver the universal message that this drama series entails, to our teenage viewers in Japan. We are confident that the young viewers who watch this program will immediately feel that this is THEIR story… I strongly believe that this program will definitely be an important first step forward for Japan to become a country where every one of us has our own place to live.”

The CBC publicity team have done an incredible campaign to raise awareness around the series leading up to its premiere on Gem. Media coverage in Canada included TV, radio and press interviews with Evie Macdonald, who plays transgender teen Hannah Bradford, and the series creator Julie Kalceff.

In a virtual ceremony hosted from the U.S., First Day was recently announced a 2021 GLAAD Media Award joint prize-winner with She-Ra & The Princess of Power (Dreamworks Animation / Netflix). First Day was the sole representative outside of the U.S. in its selected category and the only Australian production to take home a GLAAD Award this year.

First Day had its origins at ABC ME in Australia, when a one-off special was commissioned by the ABC as part of an ABC / Screen Australia International Day of the Girl initiative. That special had such an impact that the ABC went on to commission the four-part series.

ACTF CEO Jenny Buckland says, “the values that underpin First Day – of love, courage and inclusion – are proving to be universal.”

Canadian columnist Debra Yeo describes the series as ‘touching and very relatable’. “There’s a good chance you will find your heart going out to Hannah," she says.

The ACTF congratulates the First Day team on their GLAAD Media win and continued international success.