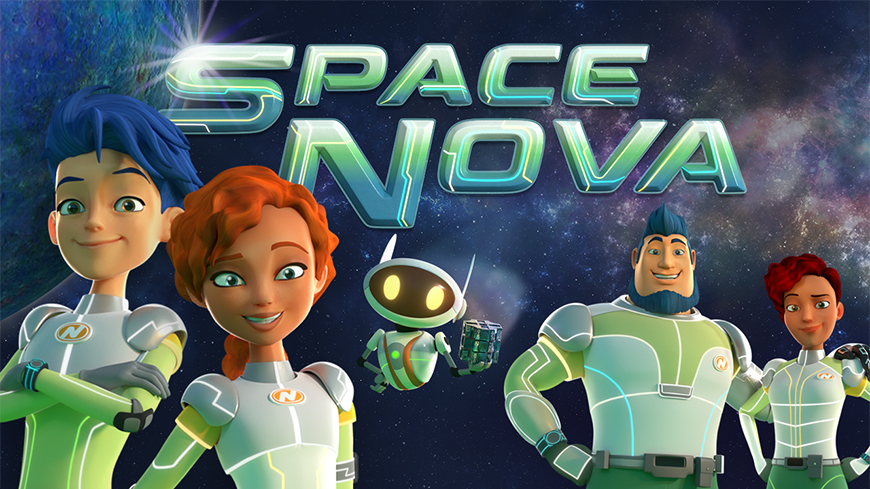 ABC ME and Sydney’s Powerhouse Museum are set to present a premiere screening of new Australian animated science-fiction series Space Nova on April 7. School holiday-goers can catch the special event from 1 – 2PM at the Powerhouse Theatrette.

The screening is recommended for children aged 6+. There is no cost involved, but bookings are essential.

Space Nova is set in the year 2162, where life is a blast for space adventuring siblings, Jet and Adelaide Nova and their parents, Josie and Hugo. During a routine research mission, the intrepid Aussie astronauts stumble across an abandoned alien space craft that appears to be powered by a rainbow substance that is so powerful it sends the craft zipping away at speeds humanity never dreamed possible.

But although the Novas were unable to capture the craft, or the ‘Star Dust’ that powered it, they now know that there is an advanced, intelligent species out there, able to travel the universe in the blink of an eye. If only they can find them…

Space Nova launches on the ABC this April. Audiences nationwide can catch a marathon on ABC ME from 7.55AM on Good Friday (April 2).

Space Nova is a SLR Production program for ABC, the NINE Network and SUPER RTL. Major production investment from Screen Australia in association with Giggle Garage. Financed with support from Create NSW. The ACTF provides educational resources and distributes the series for ANZ.