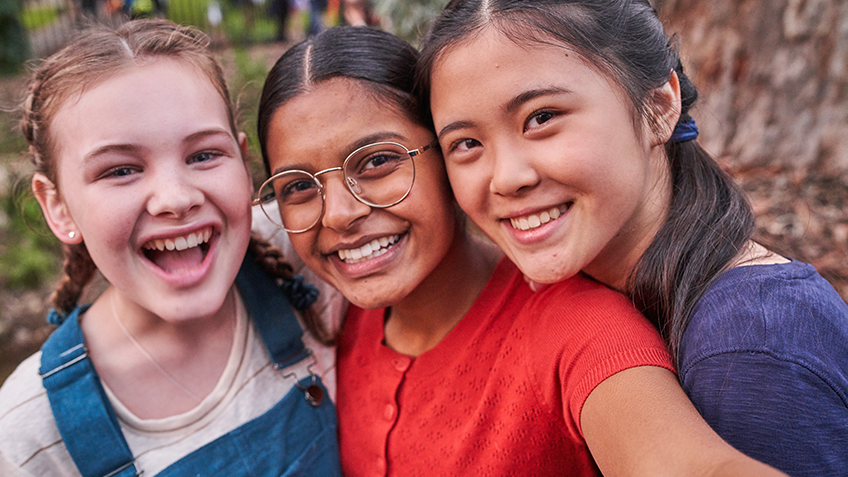 Australian children’s drama First Day has been nominated for a 2021 GLAAD Media award for most 'Outstanding Kids & Family Programming' series.

First Day is the sole nominee outside of the U.S. in its selected category. The four-part series is set to compete with nine other finalists, including The Babysitter’s Club (Netflix), Adventure Time: Distant Lands (HBO Max) and Steven Universe (Cartoon Network).

Upon hearing the news, First Day writer and director Julie Kalceff said: “This nomination is very special to me. I could not be prouder of the First Day cast and crew, in particular [lead actress] Evie MacDonald, who carries this story from the first scene to the last. Huge thanks to GLAAD and our U.S. platform, Hulu.”

“This year’s nominees remind us that even in times of political and cultural division, diverse LGBTQ representation and visibility can enlighten, entertain, and create lasting change,” said GLAAD President & CEO Sarah Kate Ellis.

First Day had its origins at ABC ME in Australia, where a one-off special was originally commissioned by the ABC as one of the films in the broadcaster’s International Day of the Girl initiative, in partnership with Screen Australia. That special had such an impact that the ABC went on to commission the four-part series.

In July last year, the ACTF secured a deal with the UK’s public broadcaster BBC to screen the First Day series on its children’s channel, CBBC. In September, Hulu began streaming exclusively in the U.S. The series has also broadcast in Finland, Norway, Sweden, Israel, New Zealand and Taiwan.

First Day has also proved a popular series on the awards circuit. Last year, the program picked up a prestigious Rose d’Or Award, an ATOM Award and First Prize at the Chicago International Children’s Film Festival (CICFF) and was shortlisted for a Japan Prize and AACTA Award. Alongside its nomination for GLAAD, the series is also set to compete in two prize divisions at the 2021 Kidscreen Awards.

The ACTF congratulates the First Day team on their awards nomination and wishes them the best of luck for the virtual ceremony this April.