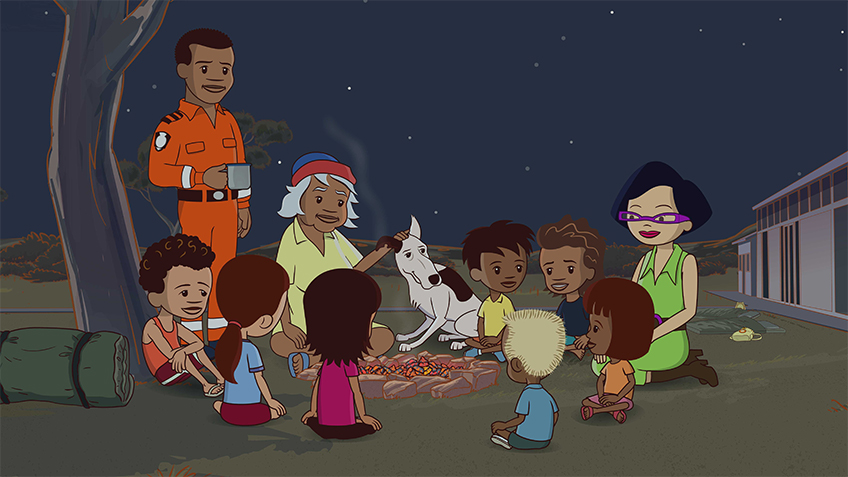 In a joint nominee response from Erica Glynn, Beck Cole and Dot West on behalf of Little J and Big Cuz’s writing team, West said: “The winners are Little J and Big Cuz, and all the koolangkas, all our children, who inspire us to put on our little kid head-brains [and] write stories for them that matter.”

Mustangs FC – Series 3 writer Magda Wozniak picked up the AWGIE Award for Most Outstanding Script in the “Children’s Television – ‘C’ Classification (Children’s – 5-14 Years), Original or Adapted, Animated or Performed” category for the final episode of the series, titled ‘Mustangs Forever and Ever’.

Upon accepting the award, she said: “It was my great privilege to write for Mustangs FC. I would like to thank Rachel Davis and Amanda Higgs for creating something so special, a show that truly elevates young women, both in front of and behind the camera.”

Thomas Duncan-Watt received the AWGIE Award for Most Outstanding Script in the Animation category for Space Nova: ‘Ghost Station’.

The AWGIE Awards recognise excellence in writing for stage and screen. The awards are given by writers to writers, judged solely on the written script. The ACTF congratulates all the 2020 AWGIE award recipients,

Little J & Big Cuz - Season 2 is a Ned Lander Media production for NITV and the ABC. Major production investment from Screen Australia, in association with NITV. Financed with support from the ABC with Film Victoria, Screen Tasmania and the Australian Council for Educational Research (ACER). The ACTF distributes Little J and Big Cuz internationally.