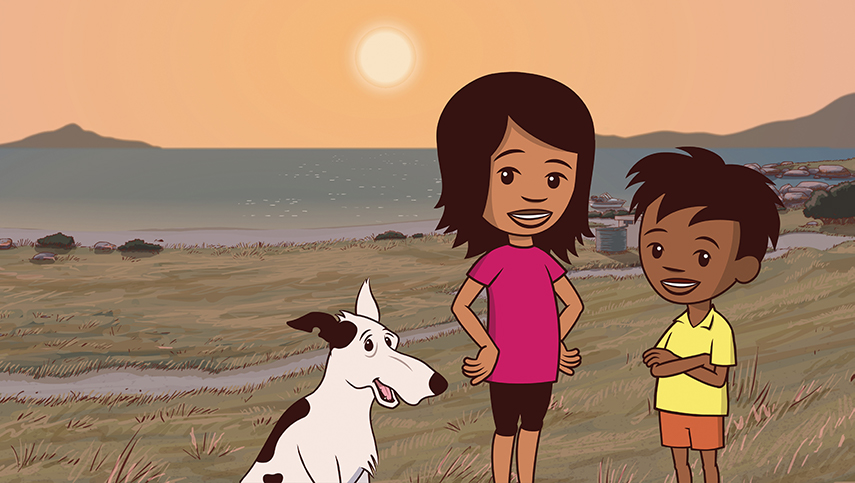 A third season of award-winning animated series Little J and Big Cuz is now in pre-production.

14 x 12-minute episodes by Ned Lander Media, Media World and Blue Rocket will be delivered to NITV and ABC Kids in 2021 for broadcast and catch up online.

Little J and Big Cuz made history as the first Indigenous animated series broadcast on Australian television. The program has been recognised with a TV Week Logie Award, a SDIN Diversity award and an AWGIE Award and resonated in remote Indigenous communities through the creation of 11 language versions. Season three will see the creation of episodes in more languages.

NITV Channel Manager, Tanya Orman, says: “Little J and Big Cuz has a very special place in our hearts. The program plays an integral part in creating more representation on screen here in Australia and giving Aboriginal kids a national platform to see their own faces and hear their own voices – something that is so important for our mob.

“Now three seasons on, we continue to strive to create relatable children’s programming that explores diversity and celebrates the stories and culture of our mob to share with all Australians. The success of Little J and Big Cuz reminds us that there is a want and need for diverse children’s content - no matter where kids are tuning in from.”

Little J and Big Cuz – Series 3 will broadcast on NITV and ABC Kids with catch up available on SBS On Demand, the ABC Kids app and ABC iview.