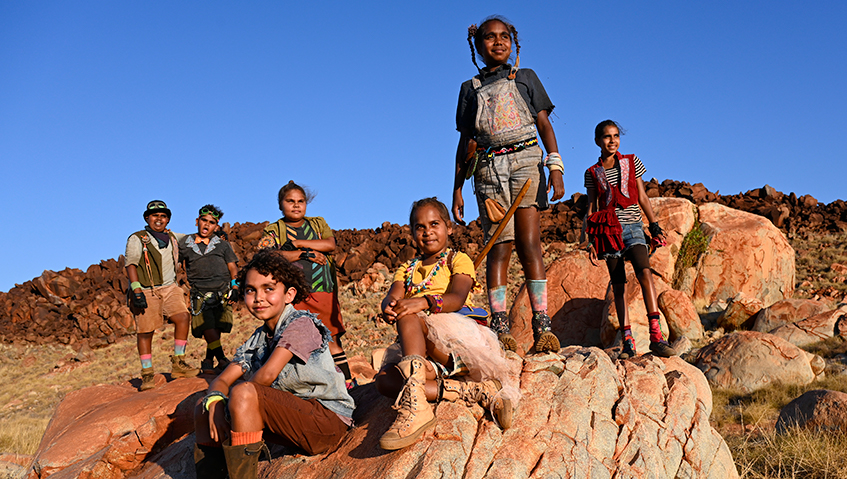 Production on Thalu – set in and around the tiny town of Roebourne in the magnificent Pilbara region of Western Australia - has just wrapped. With the striking red dirt, ancient ranges, deep blue sea, and the oldest living culture in the world surrounding the cast and crew every way they look, Thalu is a unique children’s series. It was developed in Roebourne, shot in and around Roebourne, with a main cast chosen from local children. As many other locals also worked on the series in various roles and as attachments, this really is a community project from the ground up.

Roebourne producers Tyson Mowarin and Robyn Marais, working with Bernadette O’Mahony from the ACTF, Script Producer Mark O’Toole, writers Beck Cole and Sam Paynter, along with broadcasters NITV and ABC, started working with young people from Roebourne in 2018, to develop new original ideas for a live action children’s series. The objective was to make something that showcased their country as well as provide opportunities within the community, enabling Roebourne children to shine on a local and international stage. Along the way other writers came onboard to work on the series including David Woodhead, Nyuka Gorrie and Donnie Imberlong.

Casting for the series took place mid 2019, and the seven leads Ella Togo (Samara), Jakeile Coffin (Keile), Sharliya Mowarin (Lali), Wade Walker (Hudson), Cherry Rose Hubert (Em), Logan Adams (Noodles) and Penny Wally (Vinka) were chosen from within the Roebourne community. The series also features some of the local Nannas and other talented Roebourne cast; and with the costumes featuring the work of local artists, at every level Thalu will showcase all this community has to offer.

The series has had a great deal of support from established Indigenous actors who have flown in to play guest roles across the series, including Trisha Morton-Thomas, Gabriel Willie, Elaine Crombie, Trevor Jamison and Aaron McGrath who have supported and inspired these local children in their first acting roles.

With locations spanning desert, rivers, mountain ranges, waterholes and the ocean, Samara, Hudson, Noodles, Keile, Lali, Em and Vinka’s quest to solve the mystery of the strange cloud that is destroying the land, takes them across the Pilbara and is a visual showcase of the area.

Director Dena Curtis was the set up director on the series and took charge of the first four episodes, working with Hunter Page-Lochard to prepare and rehearse the children in pre-production. The children had to workshop their scripts and characters, but also learn how a film set runs and the various crew roles they would encounter working on the series.  As well as being dramaturg on the series, Hunter has a cameo role and is directing an episode.  Other directors on the series include producer Tyson Mowarin and Amie Batalibasi.

Producer/Director Tyson Mowarin commented: “Doing a TV series based on local stories and heritage in our little Roebourne town is an amazing feeling and an excellent experience for the community because they are very much a part of it in many ways from the art designs on the kids costumes to the local community that have contributed in many different ways along the journey. Also working with a large professional crew and experienced guest cast has taught the very young and inexperienced cast what filmmaking for TV is all about.” 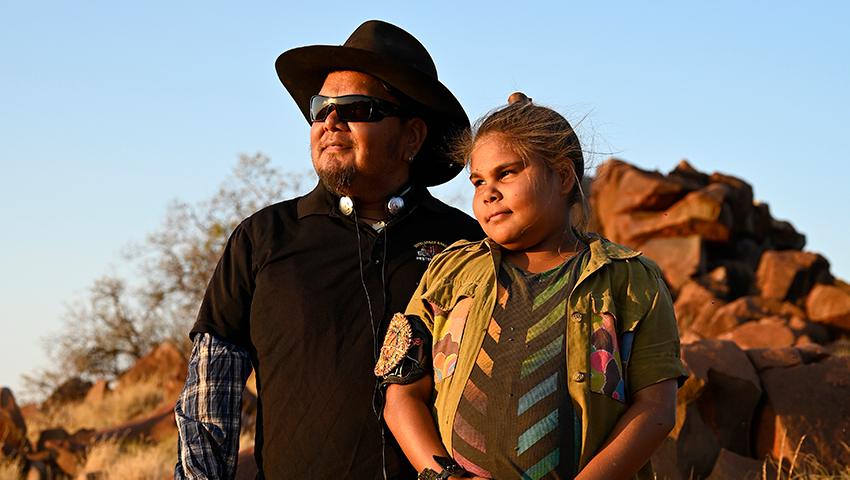 Thalu is not only a great yarn for kids here and across the world, set against the backdrop of the beautiful Ngarluma Ngurra (Ngarluma country); but it has also been a chance to create something unique – a children’s drama series for national television from beginning to end with the young people and the community of Roebourne  - and one which will be watched not only in Australia but across the world, showcasing not only their talents but the unique place that is their home.

The 5 x half hour, or 10 x 15 minute episode series will be released in 2020 on NITV and ABC and distributed internationally by the ACTF.