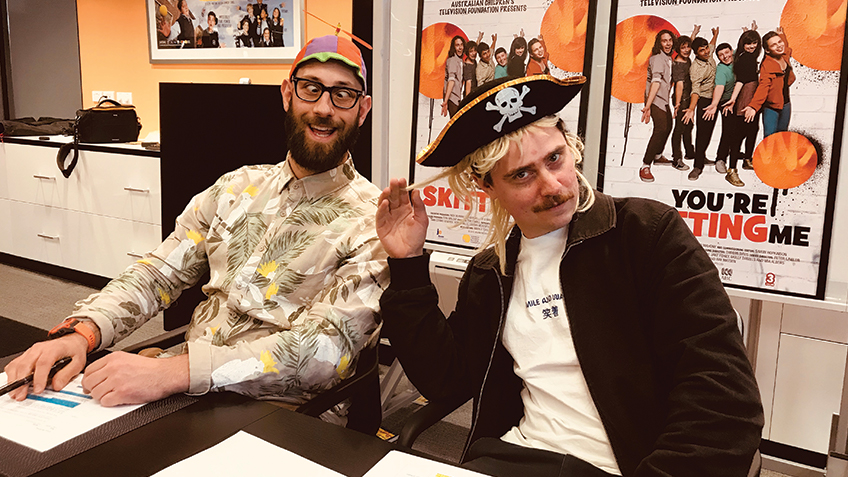 Our ACMI / ACTF virtual comedy scriptwriting workshops wrapped up last week with students presenting their hilarious original sketches to other schools across the country.

In the final workshop of this short course, Year 5/6 students last week demonstrated how much they had learnt about comedy in such a short time. Groups of students read through the comedy sketches they had finessed since we last met, demonstrating their new understandings about the features of character comedy, surreal comedy, fish out of water comedy, and parody.

Performing in a live video conference for other attendees provided students with an authentic audience. Their original sketches centred on a broad range of creative characters and scenarios, including:

Students from each school had the opportunity to provide others with thoughtful feedback, and to ask our ACMI Education hosts about scriptwriting, comedy and performance.

Were you interested in our comedy scriptwriting workshops but unable to join on this occasion? Free support materials and video tutorials are available online. The teaching resource includes seven lesson plans that explore comedy genres, scriptwriting, performance, audience and purpose, and online learning environments, and video tutorials provide further tips.

Thank you to all the teachers and students who participated in this virtual learning event!