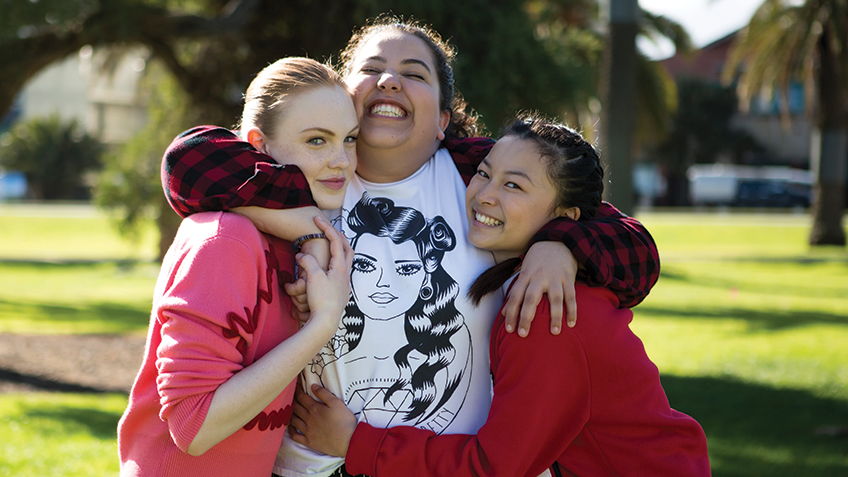 In Mustangs FC’s winning episode (Episode 6: “Pity Party”), lead character Marnie’s emotions are explored as she’s forced to play friendship umpire between her friends. During the episode, a team night watching soccer gets turned into a pity party for her heartbroken best friend, Liv, while the unexpected appearance of Ruby divides the girls.

Now in its 52nd year, the AWGIE Awards recognise excellence in writing for stage and screen. The awards are given by writers to writers, judged solely on the written script.

The ACTF congratulates Alix Beane and Thomas Duncan-Watt on their AWGIE Award wins.