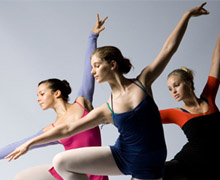 Joanna Werner of Werner Film Productions talks about producing the company’s first series, Dance Academy and the ACTF’s involvement in providing script development investment, a distribution advance when it came to financing, and also working with her as Executive Producer on Series 1, 2 and 3.