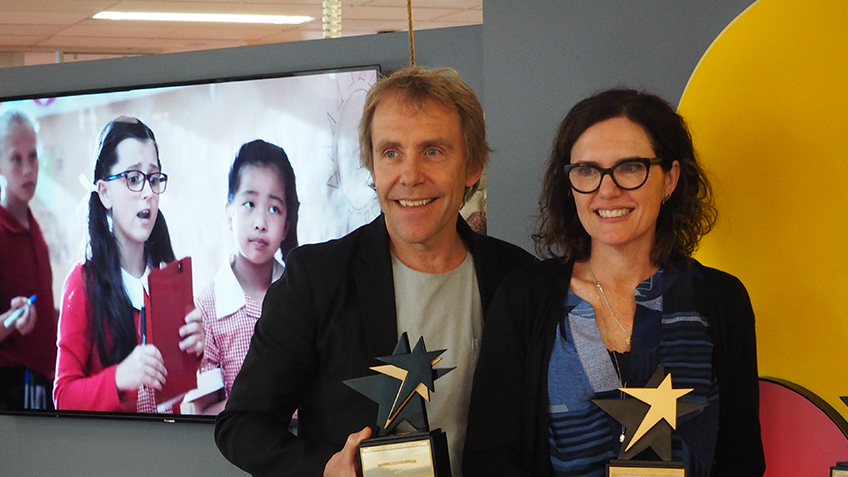 It has been a successful few months for ACTF supported series.

The Chicago International Children’s Film Festival (CICFF) will be screening four episodes from ACTF supported shows at this year’s festival! Disney Australia’s hit series Balloon Barnyard (Like A Photon Creative) and NITV’s local favourite, Little J and Big Cuz (Ned Lander Media) have been accepted for the pre-school program.  After winning last year’s Children’s Jury Prize, Little Lunch (Gristmill) will return to CICFF, with two specials "The Nightmare Before Graduation" and "The Halloween Horror Story" screening during the festival. Congratulations to all the teams who brought these series to the screen. CICFF is the largest children’s film festival in North America, and recognises its top submissions with both professional and children’s jury prizes throughout the festival in October.

Little Lunch continues to win accolades with the series special, "The Nightmare Before Graduation", picking up a Gold Camera Award and Best of Festival (Entertainment) Award in the US Film & Video Festival. Lee Gluckman, Chairman of the festival, was very taken by Little Lunch; “The first time I saw it, I thought; I’ve never seen anything so beautiful before.” Lee said.