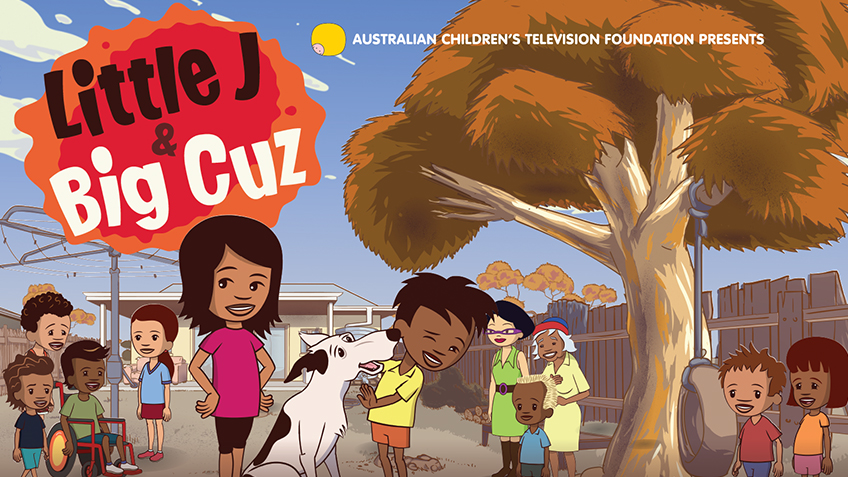 Premiering on NITV from Friday 28 April, this new animated series follows five-year old Little J and his nine-year old cousin Big Cuz as they explore the world around them. The series aims to support the transition to school for Indigenous children and their families.

Little J and Big Cuz live in the outback with their Nanna and their dog called Old Dog, who is also the story narrator. The series follows the family’s daily adventures and is told primary from the perspective of five-year old Little J, who has just started his first year of school.

Little J and Big Cuz is voiced by a star-studded cast including Deborah Mailman, Miranda Tapsell, Ningali Lawford Wolfe and Aaron Fa’aoso. There are also plans to re-voice the show into multiple indigenous languages. The series has received production investment from the ACTF, ACER, Screen Australia, Film Victoria and Screen Tasmania.

Teachers can register for email updates and free online support materials at the Little J and Big Cuz website. These teaching resources were developed with Indigenous children in mind, but will support all teachers in confidently delivering Aboriginal perspectives within the classroom.

Be sure to tune in to NITV from 28 April for the premiere of this fantastic new educational series!