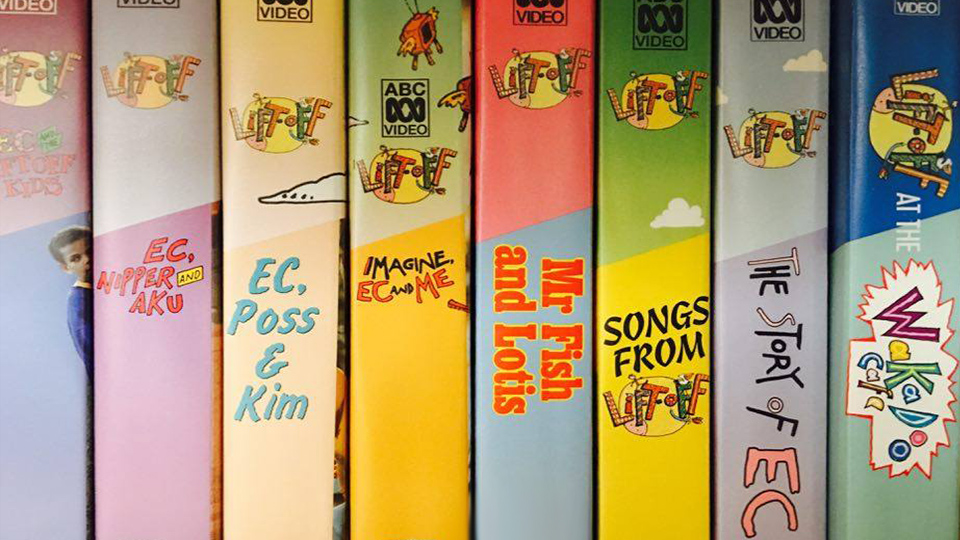 17YO Joseph Marshall has an accumulation of children’s television memorabilia that could rival the most seasoned of collectors. The ACTF’s Comms Coordinator Lily Pavlovic discovers more.

Rows of items line the shelves, each item placed neatly in order. There must be hundreds of toys, games and VHS tapes in this room. Some of the items are brand new; others a little rough around the edges. As we survey the vast collection before us, we have found Australia’s biggest kids TV collector. 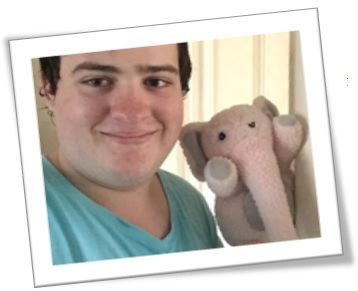 17-year-old Joseph Marshall lives in the seaside town of Ballina, off the coast of New South Wales. He describes himself as “your average Aussie guy – obsessed with Australian television, memorabilia, acting, puppetry, soundtracks, filmmaking and more.”

Although Joseph cannot pinpoint the exact year he began collecting memorabilia, he has many memories of growing up surrounded with Australian children’s television series.

“I can recall very vividly going to The Hooley Dooleys - Live on Stage as a three-year-old, and wanting to buy one of their VHS tapes after the show. At the time, the one I wanted wasn’t available, so I threw a massive tantrum over it, right in front of The Hooley Dooleys!” he recalls.

His first memories of collecting came from an accumulation of Thomas the Tank Engine toys that he had as a child.

“Up until recently, I never grew out of Thomas. By the time I finished collecting the show’s memorabilia, I had managed to obtain over 3,000 Thomas related items,” he says.

It was after this, that Joseph’s interest shifted to Australian kids TV. 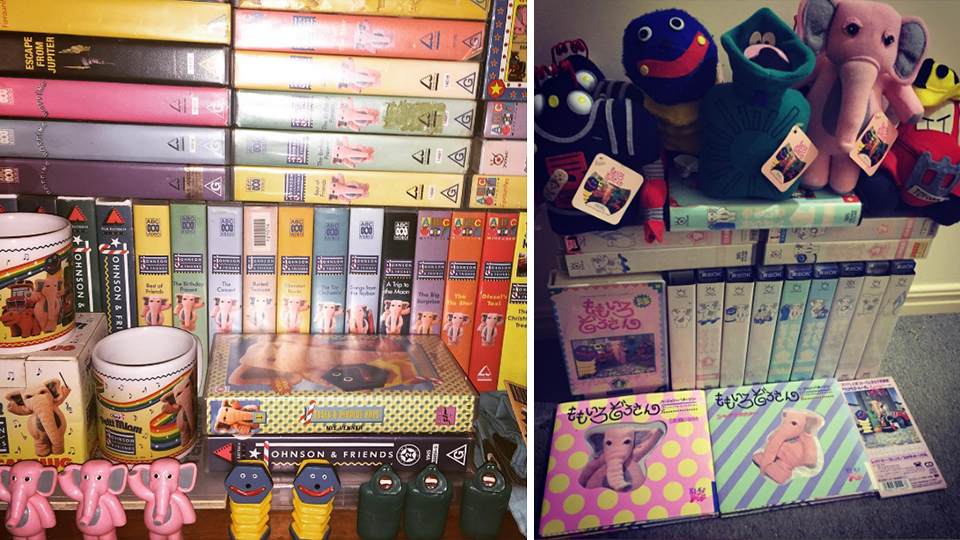 Joseph began his current collections in 2013 at 14 years of age. He rediscovered two well-loved series from his childhood: Blinky Bill and adventures of the pink elephant in Johnson and Friends, which was a particular favourite of his eight-year-old self.

Joseph began his Johnson and Friends collection with a handful of 3-4 small items. However, in the span of just three years, his collection increased exponentially, now tallied at more than 100 items.

This collection is Joseph’s largest accumulation for a particular TV series, and it is his favourite collection to date. His prized possessions include memorabilia from the 1991 Emmy Awards, hand-signed episode scripts, VHS covers, CD albums and a series of Johnson plush elephants.

Joseph says the most important part of his collection does not come from the quantity or value of pieces, but from the items that hold the most sentimentality. 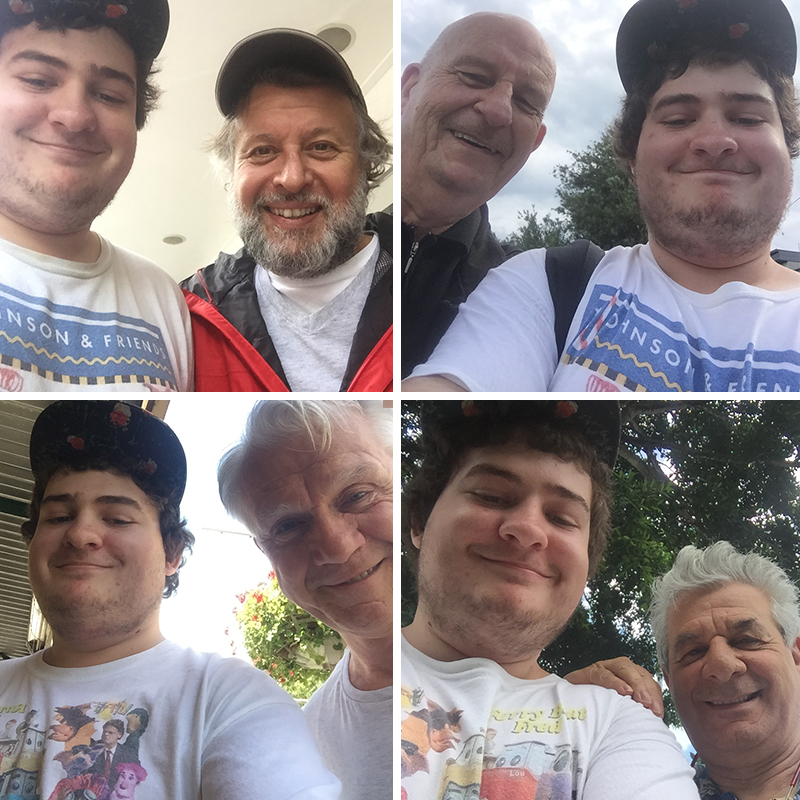 “I have quite a lot of very rare and unique items, ranging from Johnson and Friends quilt covers, an inflatable toy of the hot water bottle named Alfred, and various Japanese Johnson merchandise, including videos, plushies and books. But overall, anything passed onto me by a crew member [is the most important]. Those mean so much on a personal level because I see them as a sign of friendship between myself and the series crew”, he says.

So what is it about Australian children’s TV series that draws Joseph in? 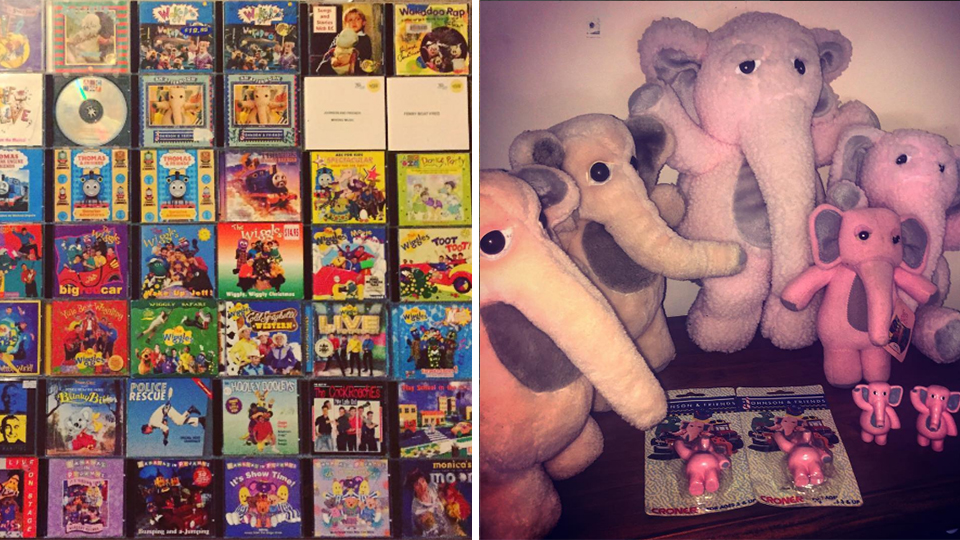 “I think it has something to do with familiarity. No matter where in Australia these shows are produced, I find that they always feel local and close to home", he says.

Joseph’s collecting also occurs close to home. For Joseph, a great way to find new items is by contacting local sellers and scouring through Sydney’s op-shops for a valuable find. By always being on the hunt for a new item, Joseph has expanded his collection to other children’s TV series, including Lift Off!, Boffins, Crash Zone, Noah & Saskia, Round the Twist, The Genie From Down Under, Li’l Elvis Jones & The Truckstoppers, Bananas in Pyjamas, Magic Mountain, Ferry Boat Fred, The Wiggles and early ‘70s program Shirl’s Neighbourhood.

To complement his collections, Joseph creates his own t-shirts, soundtrack covers and websites for fans to interact with the series. He is currently revamping a Johnson and Friends fan site, while working on another for his second largest collection, Lift Off!

Together, Joseph and others like him have built an online community of children’s TV collectors, who specialise in their own niche areas. Joseph and likeminded collectors share photos of their collections, create YouTube mashups of popular series, host podcasting sessions and discuss their new finds online.

Joseph says that it has been a community-driven effort that has made his collection what it is today. 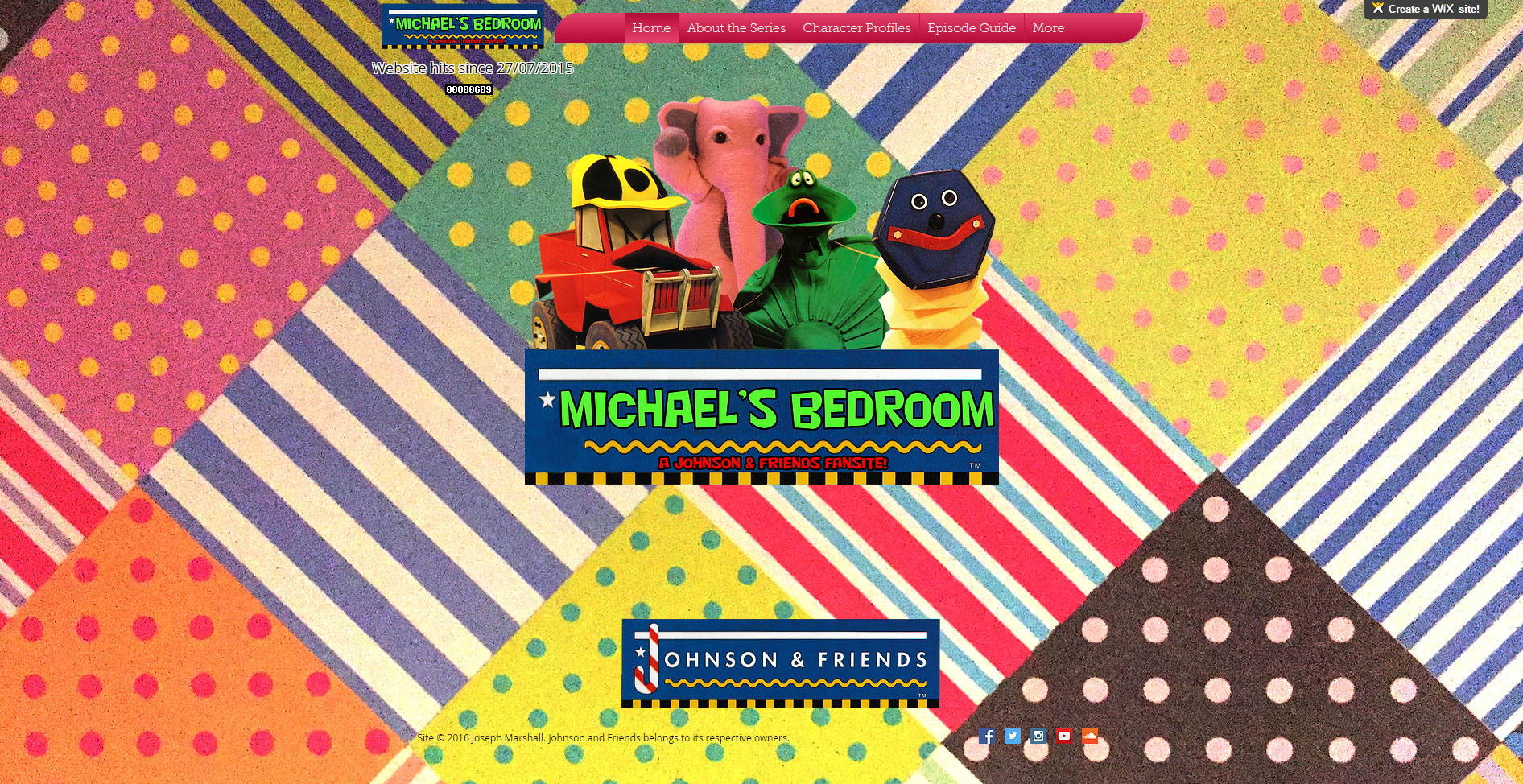 Joseph shows no signs of slowing down his search for rare TV items. He plans to continue collecting, and to inspire others to do the same.