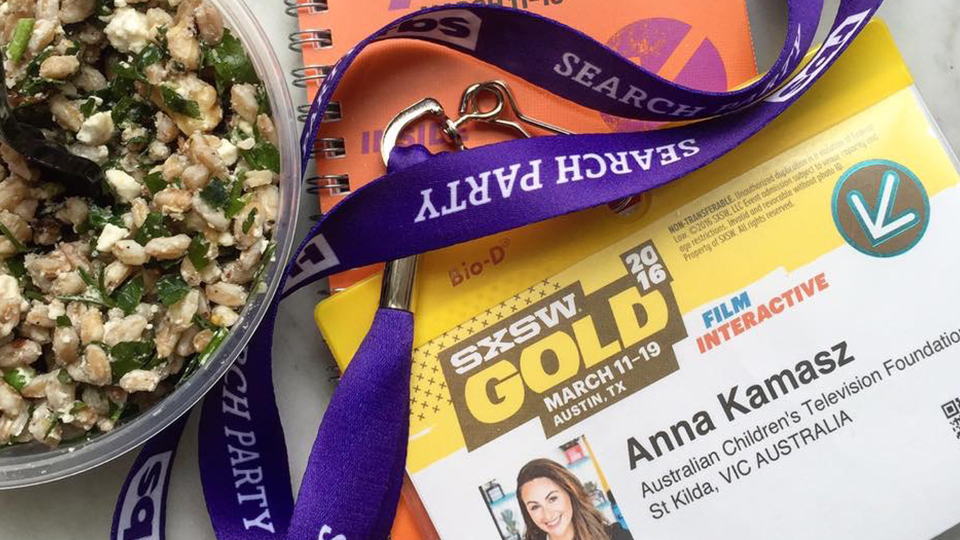 The Creative Landscape Of SXSW

Early flash flooding couldn’t dampen the spirits of thousands of filmmakers, entrepreneurs, geeks and music lovers who rolled into Austin Texas last March for the 30th SXSW Festival, of which I was one. And although this year’s experience seemed mostly about evaluating, understanding and fine tuning the current technical and creative landscape, and less about BIG breakthroughs, the festival didn’t disappoint - thanks to some big brands, big discussions and big names… and you can’t get much bigger than POTUS.

Now, it would be unforgivable of me to start without mentioning the often overlooked educators of SXSWedu, whose small but powerful conference officially kicks off the array of SXSW programming that lasts throughout most of March. Particularly as this year, they also bore the brunt of the SXSW Texan storms - and as the saying goes, “everything’s bigger in Texas”.

Over 4 days, educators from various walks of life collaborate at the Austin Convention Centre (ACC) and Downtown Hilton for a learning experience designed to promote creativity and social change. Though significantly smaller than the main festival, it’s location in this thriving Texan town ensures it offers the best international speakers; such as pioneering game designer, author and futurist Jane McGonigal, whose keynote How to Think (and Learn) Like a Futurist ensured the audience used game based technology to forecast the future of education. (Watch the keynote online.)

But as quickly as the main festival excitement grows, the education keynotes wind down and you can hear the faint cries of delegates chanting “we were here too” as they’re quickly ushered to the airport, before they can catch a glimpse of the huge spectacle that’s about to be the main SXSW festival.

Now when ya’all hear the words “South by Southwest” most people’s minds conjure up images of its roots - the good ole music festival. And cue music... but not until act two, as the conference’s first main act is Interactive. With 55,000+ delegates now attending the combined film and interactive components; and the majority there to explore and launch the latest creative tech products; it’s where the festival is now at and, for at least the next little while, is where it’s going to stay. So for the best part of the month, the city of Austin transforms itself into a physical and visual representation of the current creative and technical landscape.

The transition day between education and the main festival at SXSW is probably one of my favourites as it’s an early taster of who will be the big players for the year. Global corporations and big brands buy out the city’s main bars and buildings, constructing a ‘house’ or ‘lounge’ designed to dazzle delegates with their latest products - served with a side of free tees, green juice, food and let’s be honest… a lot of free alcohol.

It’s a proximity game - the closer to the conference the bigger the spend, the bigger the player and hopefully, the bigger the impact. This year 3M, Samsung Studio & VR Lounge and McDonalds stole prime positions opposite the convention centre. 3M’s LifeLab: The Big Picture demonstrated how we could confront the earth’s challenges together, over coffee. McDonalds, reclaimed their dignity after a publicity #majorfail in 2015, upping their game with an all class Loft hosting live bands, food, DIY sundae bars and a glassed in VR room. (VR is virtual reality).

But the big winner again was Samsung, whose lines were guaranteed as long as those at Franklin’s BBQ House. Their 4D Six Flags Signature Rollercoaster simulation rides were hands down the best VR experience of the festival, offering the clearest visuals and sweatiest palms I’ve experienced in VR to date. Their latest GEAR VR headsets demonstrated a varying quality of immersive entertainment experiences - the best by far being Fox Innovation Lab’s “The Martian VR Experience”, executive produced by Ridley Scott and directed by Robert Stromberg.

The biggest surprise? IBM Cognitive who, one block out from the main event, established their OUTHINK Studio merged with global connected fitness brand Under Armour, presenting their new HealthBox and offering VR bike riding experiences to delegates based on their age, activity, and general interests. Because when it comes to creativity, technology and big data, it’s Health that is arguably leading in the innovative way - thanks to artificial intelligence, VR and emerging data technology.

Whether travelling across town by Tesla, Lyft, on foot, or in a Game of Thrones pedicab, in every line of sight what couldn’t be missed was the 2016 festival’s iconic pop-up structure: the Mr.Robot ferris wheel. Adorned with the recogniseable ‘fsociety’ mask and accompanied by an abandoned yet functional arcade (a replica of the set), HBO delivered the festival’s best brand experience and at the same time, successfully demonstrated the rise and acceptance of a new range of popular culture shows that authentically and accessibly integrate technology on TV -  both visually and within their storylines. Another example of course being Silicon Valley, whose cast and crew also kept those there to ‘make the world a better place’ entertained with behind the scenes interviews and previews from the upcoming season 3.

Anyone who has attended SXSW before would agree that once kicked off, the festival’s energy starts at a 10, and there it stays. So it was eerie to say the least when this year the festival began and shortly after, the city started shutting down. But I guess that’s what happens when the President of the United States, better known as #POTUS, rolls into town. Airspace was closed, roads were blocked for miles and even security guards were brought in to frisk delegates entering sessions on the opposite side of the river - leaving us Aussie delegates pondering “If our PM was in town…”

A late announcement to the festival, POTUS and First Lady Michelle Obama, joined the list of key speakers eager to address the mix of creative and technical attendees - to celebrate the 30 years of achievements and call upon the delegates to help the government address the big picture issues and “harness the cool, next big thing to help people in this country” (watch online). But who could attend THE session of the year came down to a democratic Obama Ballot and on opening the official email, many of us were left experiencing one of the most disappointing days of our lives, whilst others could be heard singing “I’ve got a golden ticket”.

But for those of us who weren’t successful, we had the luxury of attending extra morning events hosted by incredible speakers; such as the businessman and social media guy everyone loves to hate, Gary Varynerchuk (the in-crowd know him as Gary Vee); before reconvening in the overflow rooms to watch the live feed. All the while, the lucky ones stood in a queue, in the rain, equipped with nothing other than their conference badge and their mobile phones. Because security is important, but so is @POTUS social media.

From the outside, SXSW sounds like fun and if you’ve got the will, the legs and the stamina to get yourself through the eventful 19-hour days, it is. But beneath all the razzle dazzle, and what truly lies at its heart, drawing international delegates back year after year, is its core primary business events - the SXSW Film and Interactive conferences. 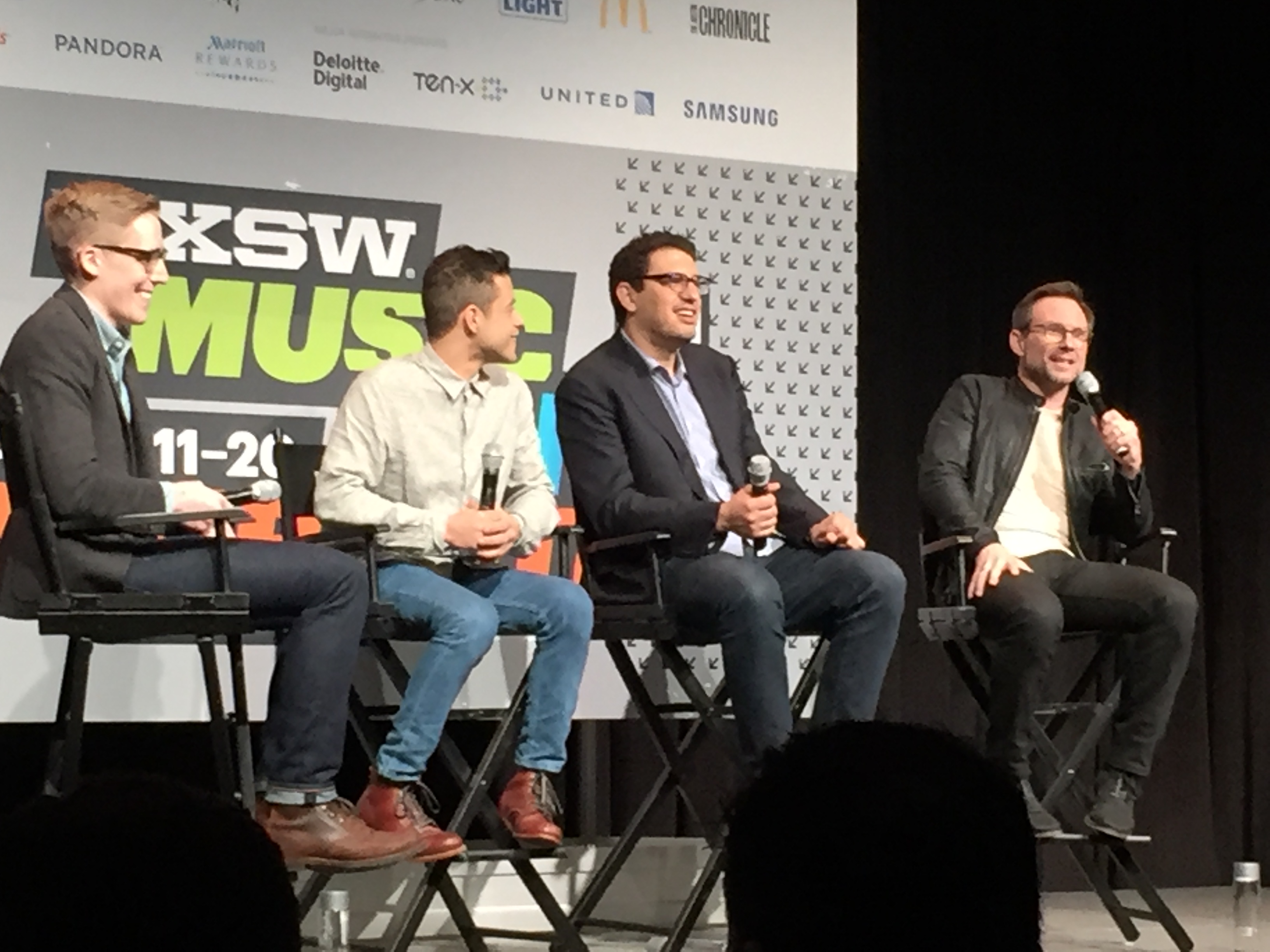 Recognised as a ‘premier destination for discovery’ and a ‘launching pad for creative content’, its expert panels present a forum for diverse learning, the ecosystem of business activity continually thrives, and the various Trade Shows and demonstrations are an incredible opportunity to see first-hand the latest products for the converging media and technical landscape. There’s no other conference I've experienced to date at which you can jump right in, analyse the current state of play, and be an active part of the ‘now’ and ‘future’ conversations.

Despite the huge crowds and emerging trends (some of which I will be covering in future SXSW articles), I generally tell people that SXSW is ultimately a personal experience and a ‘choose your own’ adventure. With literally thousands of sessions to select from, the festival is designed to create the greatest FOMO you will ever see and no single person’s experience is ever really the same. But like all good things, it’s the effort you’re willing to put into the festival - the time, the events, the sessions and the networking - that will ultimately determine the impact it will have on your business or career. And if you’re willing to give it all that you’ve got, who knows - you could be the next Tim Ferriss, launch the new Grumpy Cat, create the next Twitter tool, and maybe even make the world a better place.