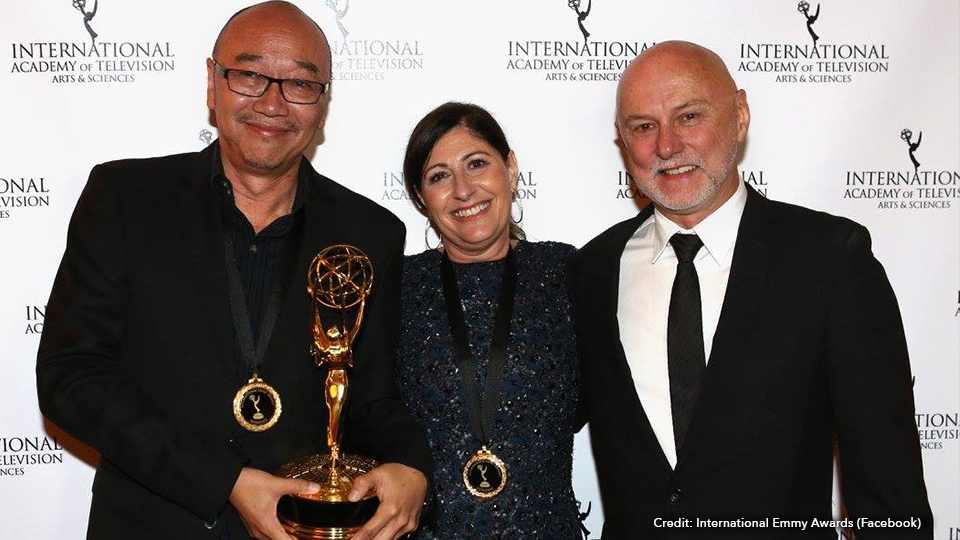 Congratulations to producers Matchbox Pictures and the Nowhere Boys - Series 2 cast and crew on winning the International Emmy Award for Best Kids Series last week in Cannes as part of the MIPTV market and conference.

This follows the series winning Best Non Animated or Mixed Series at the Kidscreen Awards in February and the Banff World Media Festival Rockie Award for Youth Fiction last year.

“Australian TV punches well above its weight…these awards are an example of the talent in our country,” Nowhere Boys director Tony Ayres said after receiving the Emmy Award.

And Tony is right.  2016 is proving itself a great year for ACTF supported series locally and internationally.

In just six months ACTF supported series have notched up 11 nominations and 5 Awards for the series Little Lunch (Gristmill), Nowhere Boys (Matchbox) and MY:24 (Essential Media), with the drama series Ready For This (Blackfella Films/Werner Film Productions) winning Best Children’s Series at the Australian Academy Cinema and Television Arts (AACTA).

Congratulations to all the producers, cast and crew on these great shows.