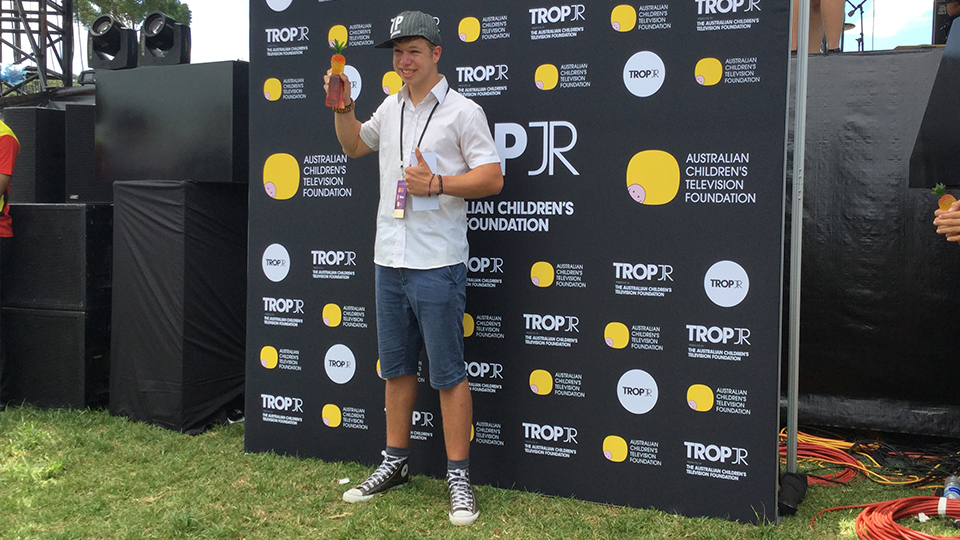 Trop Jr, The Short Film Festival for Kids, was held this Valentine’s Day in Sydney.

Yianni, from Northcote High School in Victoria, competed against 14 other young finalists aged under 15 in an outdoor screening at Sydney’s Centennial Parklands on Valentine’s Day afternoon.

From 11AM onwards, the Trop Jr event had an energy-packed line up of events in store for the festival-goers. Not only was there live entertainment and celebrity appearances, but a broad range of fabulous short films from children around Australia and beyond were played on the outdoor screen. 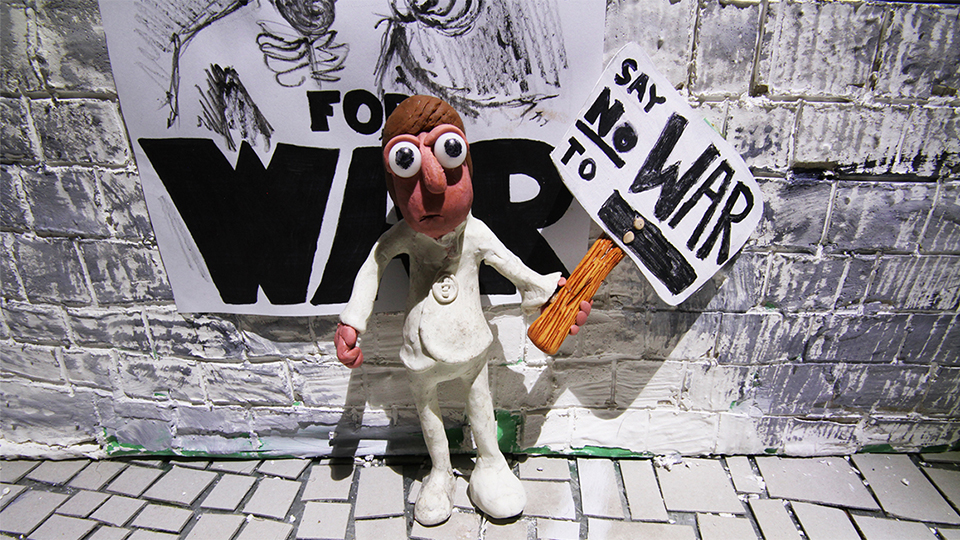 After much discussion amongst the judges including Madeleine Madden (‘Zoe’ from Ready for This) and Ed Oxenbould (‘Dylan’ from Paper Planes), the winning film was chosen.

Yianni will receive a digital camera, ABC3 educational filmmaking experience, and entry to a range of film and television short courses throughout the year.

Trop Jr is proudly presented by the ACTF. You can watch the winning film below:

Wouldn’t it be cool to have a machine that cured that awful writer’s block?!

Is there anything cuter than a little pet poodle? One girl thinks so.

After the death of his father, James receives a box that contains some things with a special power.

What happens when three meddlesome boys take their practical jokes too far?

A girl learns the importance of true friendship.

The daily routine has become mind numbing for a lonely teenager.

They thought they were in trouble before, but when dinosaurs take over the school, they face a world of trouble they never saw coming.

There's a Bee in My Belly Button

When a bee gets mad, things get bad.

A young boy passionate about Astronomy and Chemistry tracks down an asteroid that scientists said would never hit Earth.

After Elliot posts a photo of himself on social media in the pursuit of popularity, something terrible happens, something he was not ready for, his mother comments on it.

One girl, one room, one voice and no way out.

Lachie learns that sometimes it’s the little things that count.

To Infinity and Beyond!

A hospitalised teenager fighting cancer is visited by a space soldier, who has been assigned to rescue him from a deadly alien race.

Two boys on opposite sides of a chess world, divided by a great wall and seemingly endless war, find a way to inspire change.