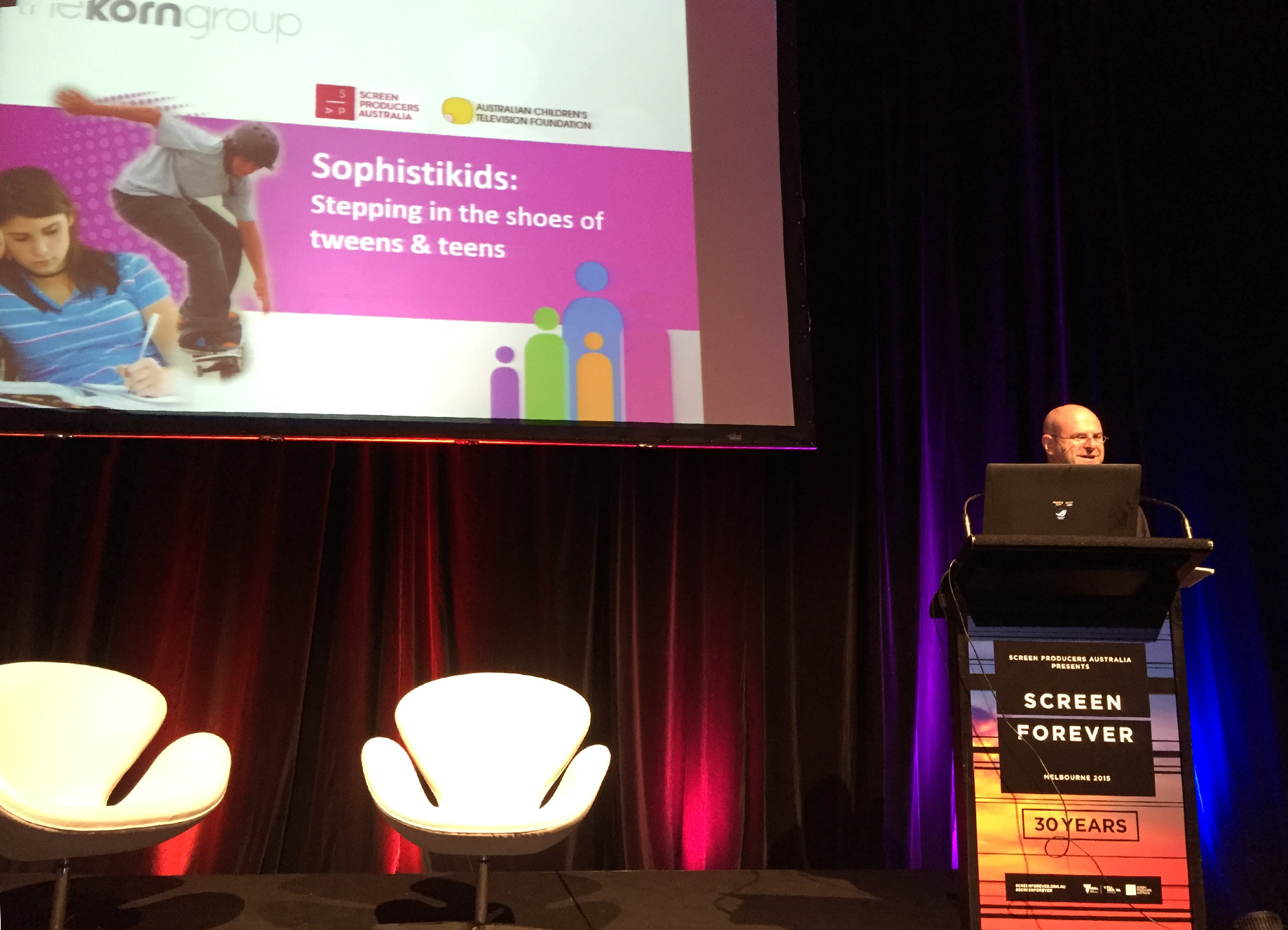 What's something your parents know about you but that you would never share with your friends?

That's one of the questions that Neer Korn, from market research organisation the Korn Group, asks 10-17 year-olds on a regular basis. Korn shared years of insights gleaned from qualitative research with this age group at the Screen Forever conference in Melbourne on Thursday.

And guess what? It turns out that while teenagers would never admit to their friends that they like watching kids' shows, they really do! Shows from the "simpler" days of childhood, when peer group pressure barely existed and life was not so complicated, are comforting to older kids - at least within the privacy of their own homes. "They remind me of the good times when I was little" and "you can always take solace in the fact that it all ends up well in the end," teenagers told Korn.

Korn's insights revealed a generation that are experiencing life quite differently from the way their parents did. It's not just the technology (although he had plenty to say about that). For one thing, the "generation gap" has disappeared. What is there to rebel against, if your parents are pretty open to talking to you about sex, drugs and rock 'n' roll? Today's families are more democratic: children have a voice, as parents like to include them in decision making. There is a lot more debate and discussion in families, rather than censorship, so kids have a lot of influence. For kids and parents alike, watching films and shows together as a family activity is a favourite time of the week. For teens, this is a time when they can just be themselves, away from the scrutiny and judgement of peers.  In the first year of high school "playground politics is in over-drive".

These days, every home has one great TV, in the lounge room. More often than not, that TV is controlled by parents in the evenings. By the time kids reach high school, TV has lost its gloss, apart from family viewing and live events. Going to high school coincides with getting a phone and social media ramping up. And teens are just as keen as everyone else to avoid the ads (unless they're really cool and clever): "If I do watch TV I watch on an iPad or computer because I can avoid the ads."

Korn revealed that Tweens and Teens love a range of subjects: nostalgic childhood fare, funny and unexpected, random and silly stuff. But don't neglect serious subjects. Korn's research reveals that kids also like to be exposed to issues that they can respond and relate to. This is a generation with values. And while they care, like all generations before them, about what their friends think, parental values are the most important of all. Nothing means as much to them as a parent saying "I'm proud of you."

Korn's presentation gives children's television producers and broadcasters much to think about. But parents can take heart. The kids are alright.