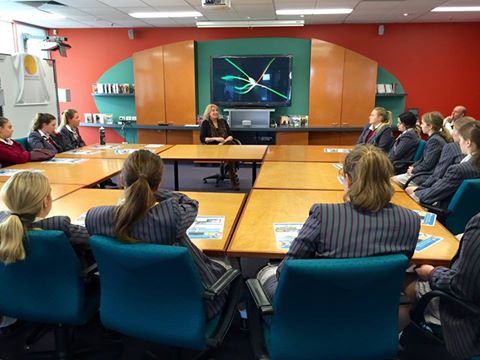 Year 11 Media Studies students from Genazzano FCJ College and Sacré Cœur School visited the ACTF to learn more about what we do and the various roles of the ACTF.

The ACTF Education team, along with CEO Jenny Buckland and Head of Development and Production Bernadette O'Mahony answered a range of probing questions from the 40 students.

Students delved into the various aspects of the company's role and discussed the production process, the role of children’s television and the broad range of careers linked to a media organisation such as the ACTF.

Genazzano FCJ College teacher Samuel Jackson remarked, “The students loved hearing about the process involved in film and television from the idea to screen.  They also really enjoyed hearing about career paths and seeing the shorts of the various programs the ACTF have been involved in creating for Australian audiences.”