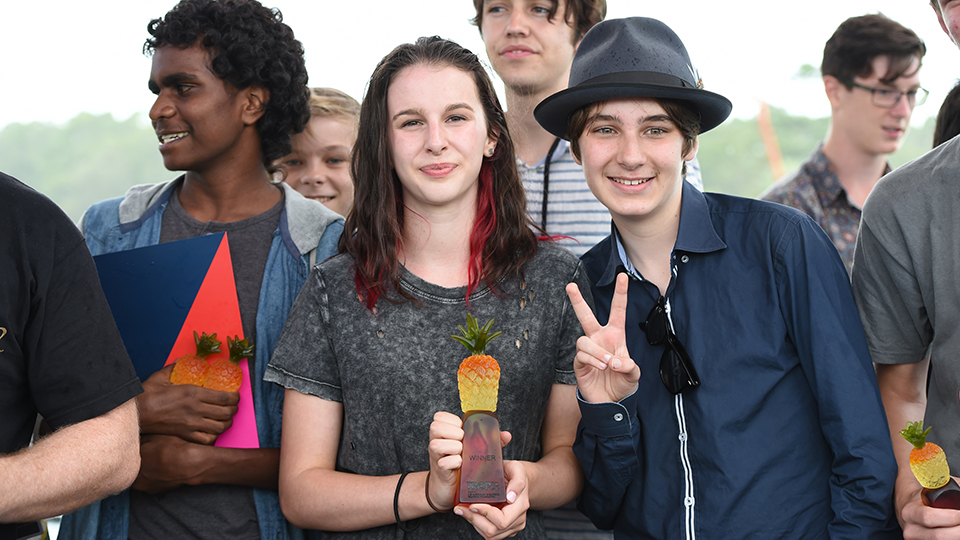 At a humid and slightly wet Trop Jr on Sunday 7 December, Paige Bebee from Victoria took out the competition with her short film Chance. Chance is about a young girl who makes all her decisions for a day by tossing a coin.

Paige’s film was one of 15 finalists whose films screened on Sunday afternoon in Centennial Park, Sydney in front of a large crowd and celebrity judges including Dance Academy‘s Isabel Durant, Dougie Baldwin from Nowhere Boys, The Hobbit’s Stephen Hunter, and Nicholas Hamilton a young star making waves in Hollywood.

The final 15 films came from across Australia and film makers included 15 year old Jobe Adams from the remote Aboriginal community of Woorabinda in central Queensland. Jobe commented to the Sydney Morning Herald "I wanted more rain. We've only got droughts where we are from."

Jobe’s film Buloo came in second place and he was also the recipient of the Qantas Jr Film Cadetship.

Trop Jr filmmakers must be aged 15 or under to enter and the competition follows the same format as Tropfest in that films must be less than 7 minutes and include the TSI which changes each year. This year the Trop Signature Item (TSI) was Fly and more than 300 entries flew in from all over Australia.

In third place this year was Why Do Parcels Arrive Late? by Toby O’Keeffe from Western Australia.

Also at this year’s Trop Jr there was paper plane flying with the team behind new Australian family feature film Paper Planes, as well as live music, dance performances and face painting.

The ACTF is a proud sponsor and presenting partner of Trop Jr and all the finalist films can be viewed on the Trop Jr website.