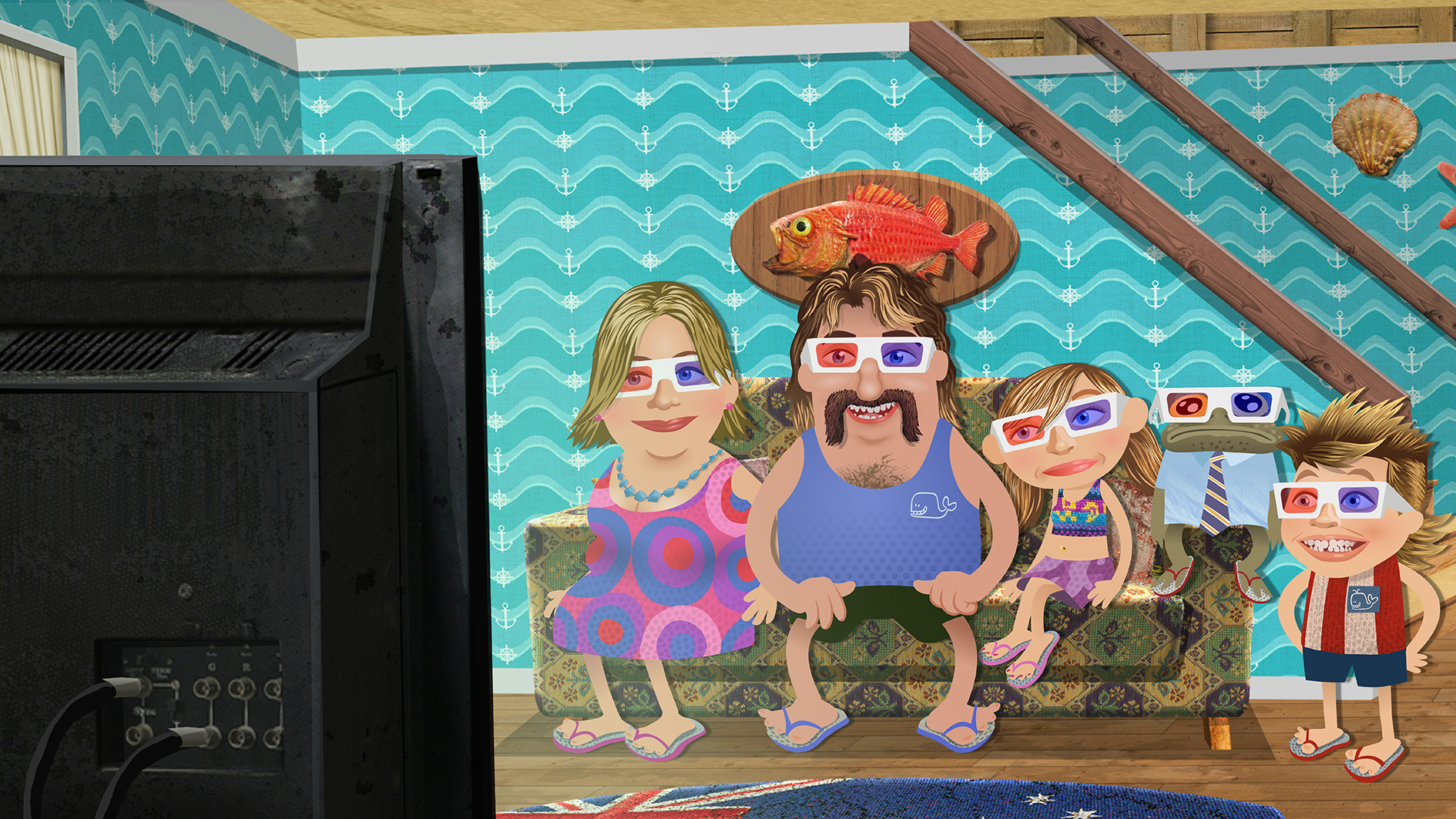 Whale Bay is home to the disaster-prone Thong family and to Australia’s least visited tourist attraction, the Giant Thong. But that may be about to change, for all the wrong reasons.

During this hilarious 26 x 12 min animated comedy series, follow the fantastic but fanciful plans of the dysfunctional Thong Family – parents Trevor and Brenda, their 12-year-old son Holden and 14-year-old daughter Narelle – as they try to put Whale Bay on the map.

The Flamin’ Thongs airs weekdays at 7.50am from Friday May 9 with repeats weekdays at 2.10pm and Saturdays at 9.35am on ABC3.

The Flamin’ Thongs is a Media World Pictures and Red Dog Bites production which is distributed worldwide by the ACTF.