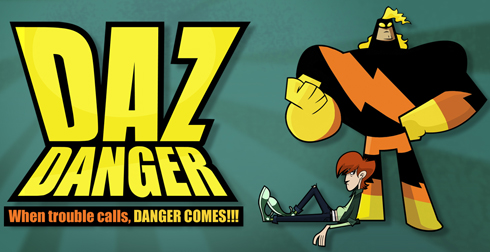 At its meeting on 15th March 2011 the Board approved development investment in the following projects:

Daz Danger  (animation series)
Big Kidz Entertainment (Vic)
$7,400 towards further development of the series bible and storylines.   Daz Danger - an animated series about 15 year old Darren Milligan who is bitten by a cross bred ant and finds himself morphing into superhero Daz Danger, and he’s not happy about it.  Too much work and too much responsibility - and what’s this with everyone liking Daz way more than Darren?

Alien Games  (animation series)
Liquid Animation (QLD)
$13,500 towards polishing the series bible and writing one script for the series.   Alien Games - an animated series about three kids, a bunch of aliens and a top rated alien TV show that’s all about punking earth..

Miles Hartley - Spin Master (Live Action series)
Sticky Pictures   (NSW)
$6,450 to develop a series bible and sample storylines for the series.   Miles Hartley is a super cool, music obsessed 15 year old who can talk his way out of a paper bag, making even the most hardened teachers cave in.  And he’s finally been recognised by the wider world and become the protégé of uber-band manager Herman Finkley – now he just needs to be able to juggle school, friendships, family, temperamental rock stars, ridiculous demands, fans and the press - and get the band to their gig on time.