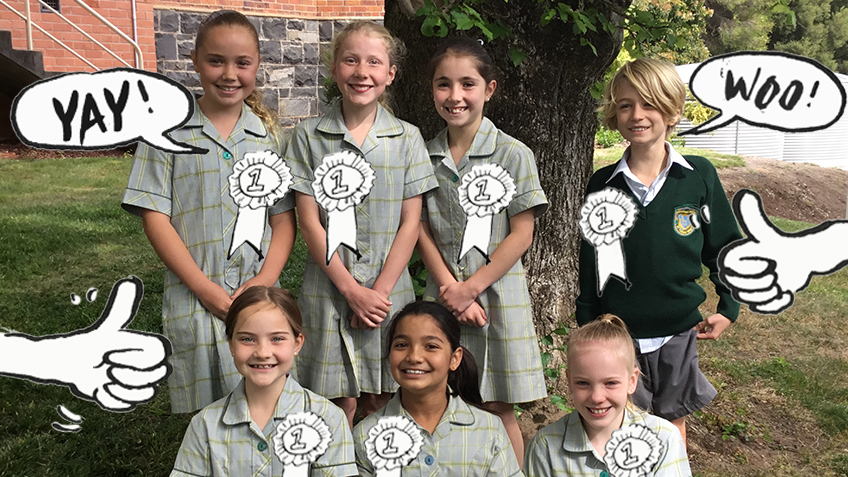 After a record breaking number of Little Lunch App entries from talented primary students around the country, we are pleased to announce the winners of the 2018 Little Lunch App Competition.

The 2018 Little Lunch App Competition has proven to be the most successful so far in terms of both number and quality of entries from around the country.

Students clearly spent time crafting their Little Lunch stories, honing their iPad filming skills and rehearsing their performances for the camera. It was clear that entries were a collaborative effort and reflected a good deal of thought put into developing strong narratives and characters.

It was an extremely difficult job for the ACTF Education Team to narrow down the entries to our final 10 short-listed entries.

Heidi Arena (Mrs Gonsha in the Little Lunch TV Series) had the unenviable task of selecting the final winners from the impressive shortlist.

Heidi noted after completing the judging, “You are all stars in my eyes! Overall I thought the film quality, story creation and acting was of a very high standard. There were wonderful story arcs in each film that involved a problem being solved.

Such an impressive array of story-tellers and I’d like to congratulate all the schools who took part. An EXTRA smelly sticker for you all from Mrs Gonsha!”

Julie Love, the Year 3/4 teacher from the winning class at St. Thomas More’s Catholic Primary School in Tasmania felt the competition greatly helped her students with their written and oral language skills. “The students were really engaged with the project. They were keen to give up their break times to work on the scripts and rehearse their lines. It was fantastic timing for us as our Year 3/4 classes had all just performed plays based on Little Lunch at a local drama festival. This meant that the students were very familiar with the main characters. The Little Lunch App was easy to use and we will definitely look at using it with a broader range of students next year.”

Heidi’s Comments: “I have to love this story being about a Principal! All the actors played the Little Lunch characters extremely convincingly - great work Rory and Atticus! The story was very clear with a compelling message, but also really funny. I loved the stomping on the chocolate which was pure Little Lunch comedy. Well done to all the players and film makers.”

Heidi’s Comments: “Terrific quality and wonderful themes of triumph in adversity with mistaken gossip and finding a way to resolve the problem. Excellent portrayal by Roman and team ensemble. Loved that line "I could tell the truth but I don't want to be unpopular".

Heidi’s Comments: “Super clever idea to have magic powers to start an earth quake and very funny it was just construction going on outside! Very ingenious to use the camera to shake and resemble and earth quake. Excellent team effort and script.”

Heidi’s Comments: “I think all CRT teachers would LOVE this film - a teacher’s revenge with all the Little Lunch kids. Very un-Mrs Gonsha but a wonderful story line, very creative and so much fun to watch. All the actors played the little kids so well having a great understanding of character and story-telling.”

The ACTF Education Team would like to thank all of the primary schools from around the country who participated in this year’s competition and made is such an outstanding success. Also a special thank-you to Heidi Arena who once again gave her time to judge the entries.