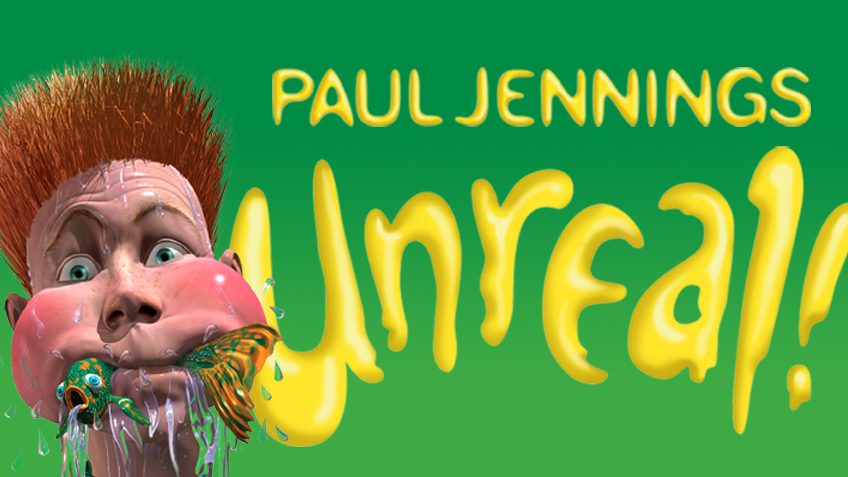 A new exhibition on one of Australia’s best-loved children’s authors, Paul Jennings, has opened at the Warrnambool Art Gallery.

The free exhibition opens in October and runs through the school holidays until February 2019. The installation is an interactive ‘celebration of children’s culture’, expressed in Paul Jennings’s quirky signature style.

Jennings is an award-winning children’s author. In 1985, he released his first book, ‘Unreal’: a series of unique tales told with a twist. His wacky stories about magical underpants, enchanted lipstick and friendly ghosts formed the basis of the first two series of Australian cult hit, Round The Twist. Paul Jennings, alongside director Esben Storm, were the creative forces behind the offbeat Twist family and their series of memorable adventures.

The WAG’s ‘Unreal’ exhibition includes artefacts from Jennings’s past and present writing career, including his wooden writing desk, original artworks from collaborating illustrators and a series of interactive elements paying homage to some of his most iconic stories. A popular favourite at the exhibition is a sculptural lighthouse display for children to explore.

33 years on from his first story, Jennings now has six grown up children and nine grandchildren of his own. He continues to write to provide stories for Australian children of all ages.

“The way I look at it is that children have their own culture and it’s the last culture to be recognised. Our people need to know that our culture is worth writing about, and it is particularly so for children.

They should know you can have an adventure in Belgrave or Frankston or Perth,” he says.

“Paul Jennings has been a part of the… lives of so many young people around the world.

[The exhibition explores] a sense of childhood discovery and wonder in a relatable, yet unique way – much like Jennings’ books themselves,” she says.