The second series of My Place adapts the final chapters of the book, written by Nadia Wheatley and Donna Rawlins, into 13 new episodes about 13 children who live in the same place, from 1878-1788 and Before Time. Their special place is the tree that represents a place of belonging.

In Series 2 we first meet Henry (1878), an inventor whose machines never actually do what they’re supposed to. And there’s Johanna (1848) who lives with her grandmother and is looking for her father. We are also introduced to two characters in 1778, Waruwi, an Indigenous girl who encounters a cow for the first time, and Dan, a cabin boy on the First Fleet who tries to compensate Waruwi for her stolen dog. These and the many other stories featured are about the children’s adventures and their empowerment.

My Place features an extensive cast of acclaimed Australian actors.

The series has rich curriculum content that relates directly to the studies of Australia through the learning areas of English, History and Geography.

1878: Henry
Despite one failed invention after another, young Henry knows in his heart that he’s a brilliant inventor. Against the advice of his friend, Franklin, Henry conducts his biggest experiment ever… but succeeds only in blowing up the local schoolhouse. Expelled, Henry continues to believe there’s a living to be made from inventing weird and wonderful labour-saving machines. But his machines cause more trouble than they’re worth, and after one of them goes berserk - wrecking Franklin’s family’s laundry business - Henry becomes an outcast. A near-tragedy in Franklin’s family gives Henry the opportunity to try one last experiment to save the day… but can he get it to work?

1868: Minna
Minna lives with strict, German-born parents, who privately hope their young daughter’s friendship with the well-to-do Owen children - Toby, Harold and Adelaide - will do her some good. Minna’s parents have no clue what these kids get up to when they’re on their own. Their favourite game is seeing who can scare the others the most. But, when the Owens blame Minna for a disaster caused by their own children, she decides to give them the fright of their life. Unwisely, Minna helps herself to her friend Leck’s beloved magic lantern to carry out her revenge, and soon she is in more trouble than ever.

1858: Benjamin
Benjamin’s one wish is for his wandering American family to be able to celebrate a proper Thanksgiving dinner in their new place, with a real roast turkey. But his efforts to earn the money to buy a turkey plunge him into escalating rivalry with a local Chinese boy, Leck. Their competition leads to one mishap after another, until they realise they might be better off cooperating than fighting. But, is it too late? And if Ben does succeed, will his family move on again?

1848: Johanna
Johanna lives with her grandmother, Sarah. Johanna doesn’t go to school. She has a job - every day she pushes a barrow-load of potatoes around the town, delivering them to her grandmother’s customers. She works like a donkey and the Owen children treat her like one. But do they have the right to be so superior? Johanna is aware of a lot of whispering about her parentage, and she becomes determined to find out who her father really is. Granny Sarah’s not telling and the rest of the town maintain a conspiracy of silence. Then Johanna discovers a vital clue: her father has one leg shorter than the other. She starts to investigate, but is unprepared for a shocking discovery.

1838: Davey
When Davey, working as a stable boy for the powerful Owen family, learns that his favourite horse – Duchess – is to be sold to the local tannery, he puts everything on the line to save her. He steals the horse, determined to run away with her and to live wild and free like the bushrangers. He hugs his mother goodbye and is making his getaway, when he witnesses a band of real bushrangers at their villainy. Davey’s master, Mr Owen - the man who ordered Duchess to the tannery - lies shot and possibly dying on a remote road. Should Davey go on the run as planned? Or help his badly wounded master back to the farm and risk a terrible punishment for stealing a horse?

1828: Alice
Alice and her friend, George, have each adopted a piglet as their own. Alice’s piglet is called Wilhelmina and George’s is called Benny. When Alice’s father declares a half-day picnic, Alice and George propose a pig race between Wilhelmina and Benny, as part of the entertainment. Alice’s siblings – Maryann and Little Sam – enter a third pig in the race, a lumbering, old sow named Oink. Oink doesn’t strike Alice or George as posing much of a threat, but they each fear defeat from the other’s entry. And that’s when the skulduggery begins. There’s no end to the sneakiness Alice and George will employ against each other, in order to win first prize: a cake baked by Sarah. But, have they overlooked something?

1818: Charles
Charles and his older brother, John, are both expected to work on their parents’ farm. Charles loves it, but John is lazy, shirking the work at every turn. Both boys will soon be sent to England to learn how to become refined, young gentlemen. This doesn’t appeal to Charles, who sets out to make himself indispensible on the Owen family property so he won’t have to go. And that’s when he strikes a deal with a stranger: an escaped convict, who agrees to help Charles in exchange for food and freedom. But it’s a devil’s bargain, and Charles finds himself being held to ransom for ever-increasing demands from the convict. In the end, having learned some unexpected things about himself and his brother from the convict, Charles helps the escapee avoid the police by providing him with a hilarious disguise. But, will it help Charles avoid being sent to school in England?

1808: Sarah
Sarah, though still a child, works as a servant for the cold and demanding Mrs Owen. As if being bossed around by the lady of the house isn’t bad enough, Sarah has to deal with that woman’s sly and sickly daughter, Alice. Alice is as mean as her mother and twice as cunning. She sets out to make Sarah’s life a misery, always trying to get her in trouble. But the two girls have more in common than they realise. They are both prisoners – Sarah to an impossible workload, Alice to a life-threatening illness. A truce of sorts, arising from a shared love of mischief, could lead to lasting friendship between the two girls. But how much time do they really have?

1798: Sam
Sam is a child convict, arrested in London for stealing a jacket. Now, having lived his whole life in towns and cities, he’s sent to an isolated farm on the edge of the bush. Keen to impress, Sam tells his new master, Mr Owen, that he knows all about farming. Then, Mr Owen, with business to attend to elsewhere, leaves Sam on his own, in charge of the house, the farm and one terrible goat named Katie. Sam has a long list of jobs to do and it’s like the goat’s main aim in life is to make it as hard as possible for Sam to get them done and stay out of trouble. Then, the goat disappears and Sam has to endure a night in the scary bush to try and get Katie back. Can he survive, and who will help him finish his tasks before Mr Owen returns?

1788: Waruwi
Waruwi is an Aboriginal girl looking after her Nana, while the rest of her extended family is away from camp. It’s just for a day, but what a day it turns out to be! First, there’s a huge, four-legged monster that even spooks Waruwi’s dingo, Lapa. Then, there’s a boy – a young soldier - banging loudly on a mysterious round thing (a drum, it turns out). And another soldier who makes agonised cries come out of a box with a handle (a hurdy-gurdy). And still more soldiers – ones that Waruwi’s Nana calls 'the walking grubs'. They’re looking for the four-legged monster, and their search is bringing them closer and closer to Waruwi’s camp and her annoying, adorable Nana. Outnumbered, Waruwi will have to use all of her wits to lead the soldiers away from her place.

1788: Dan
Dan is on his second patrol to the Botany Bay area, when he’s asked to capture a native dog to take back to the colony’s Governor. Only trouble is, the dog in question – Lapa – belongs to Waruwi, the girl Dan befriended last time he was in the area. Dan protests that it’s stealing, but his commander overrules his objection and orders him to stand guard over the dog. At first, Dan thinks he can pay Waruwi for her dog, but when he sees that all she wants is Lapa back, he decides to disobey orders and return the dog to her. Now, Dan is caught in a trap: he can’t stay with Waruwi and he can’t go back - unless he wants to be flogged for disobedience.

Before Time: Bunda
Bunda has a problem. His older brother, Garadi, acts like Bunda doesn’t exist. Bunda does everything to try and get his older brother’s attention: he steals Garadi’s honey; he tries to copy Garadi’s athletic feats; he throws his brother’s spear in the river. And for his trouble, all Bunda gets is his brother’s anger and contempt. Their father decides to take them deeper into the bush to try and teach them a lesson, but the boys are so intent on fuelling their feud that they miss the point of the challenges their father sets them. Will they ever learn how to stop teasing each other and become friends as well as brothers?

Before Time: Barangaroo
Barangaroo’s world would be perfect, if only Mani, the biggest boy in her group of friends, would stop trying to be Number One. Deep down, Mani knows she’s better than he is. That’s why he keeps shutting her out from important adventures – to make himself look good. But when a little boy, Mung, goes missing, Barangaroo and Mani are forced to follow his trail into a scary gully ruled by a legendary monster: the Mumuga. The Mumuga has a ferocious howl that echoes across the land. He’s said to knock kids unconscious with the smell of his horrible farts and drag them away into his cave. Who will have the courage to rescue Mung? What’s the real story about the Mumuga? And what does it take to be a real leader? 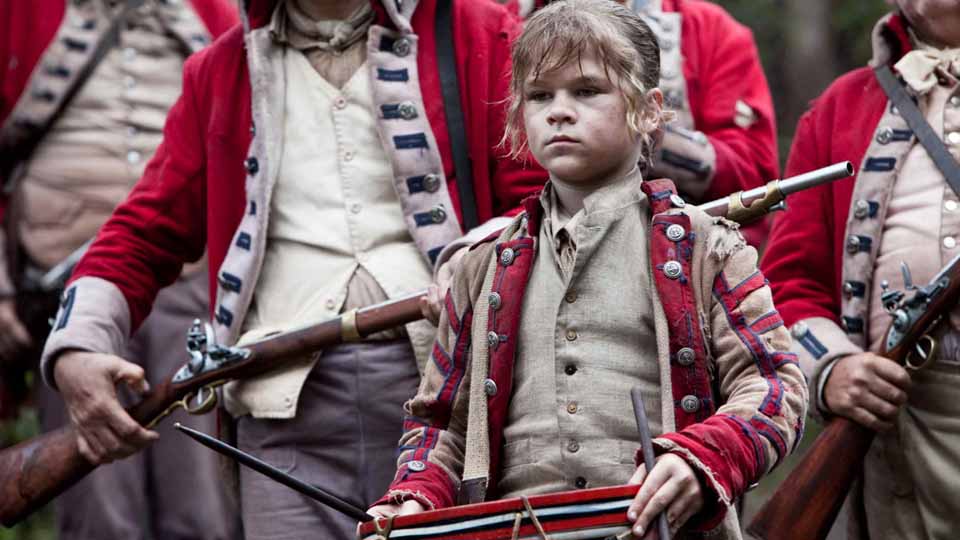 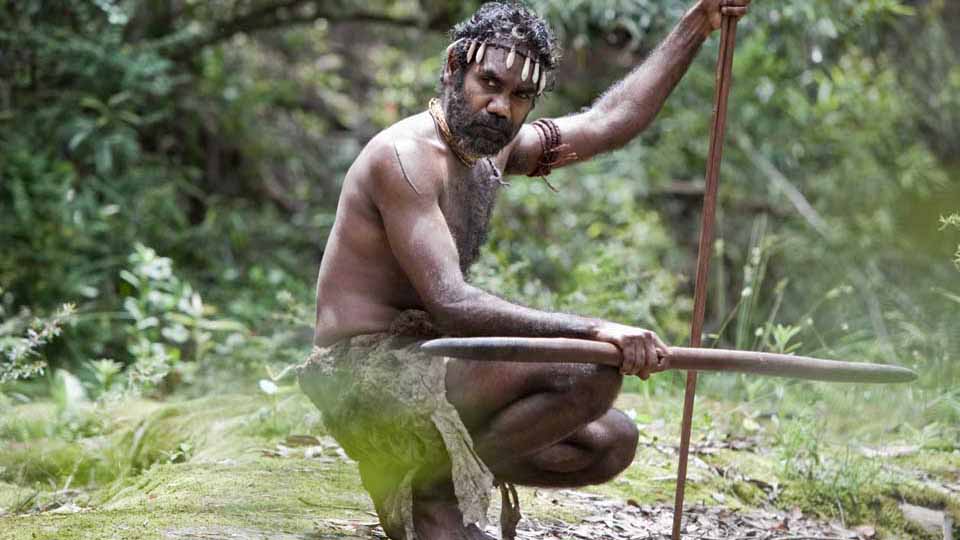 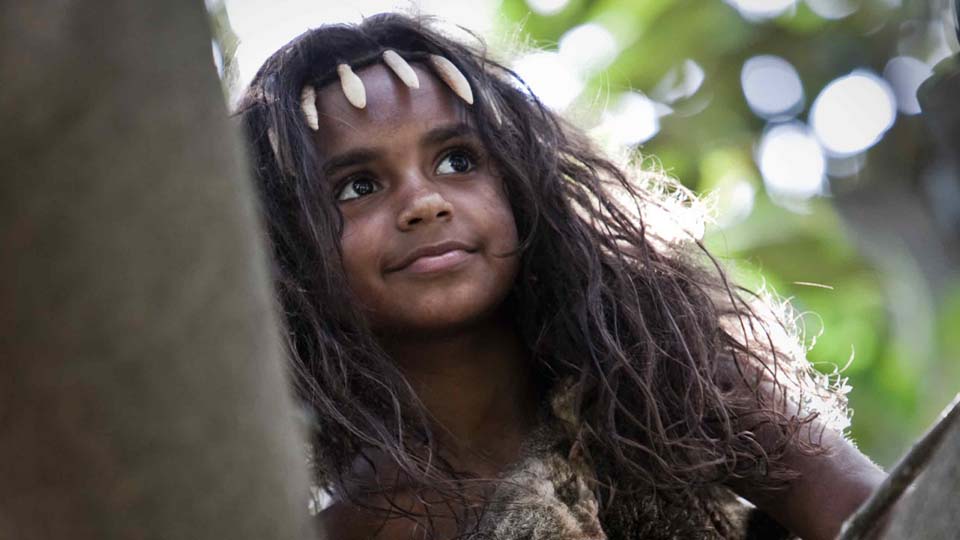 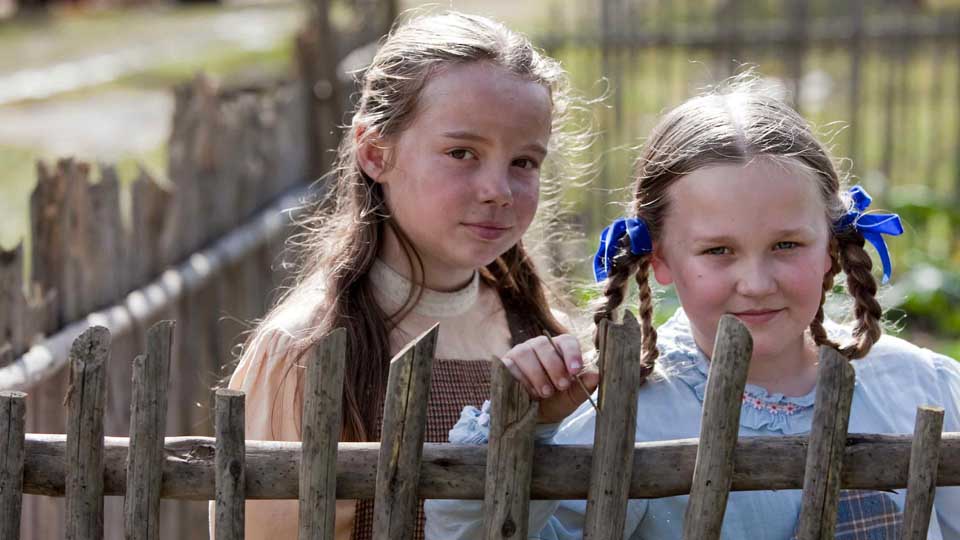 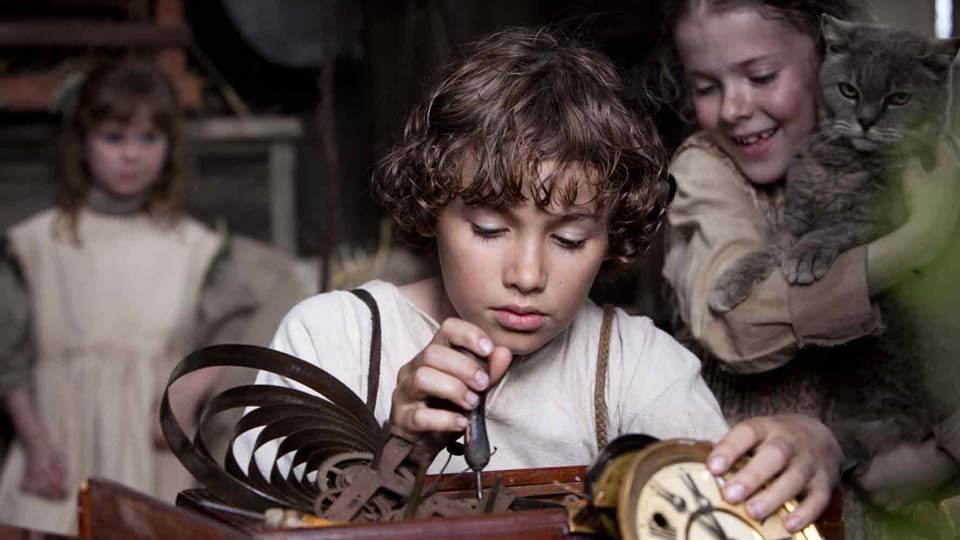 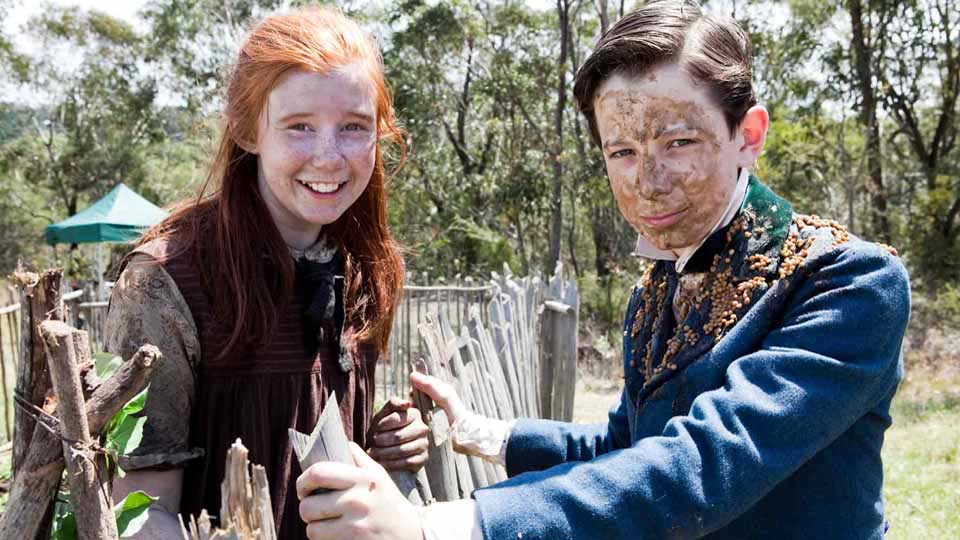 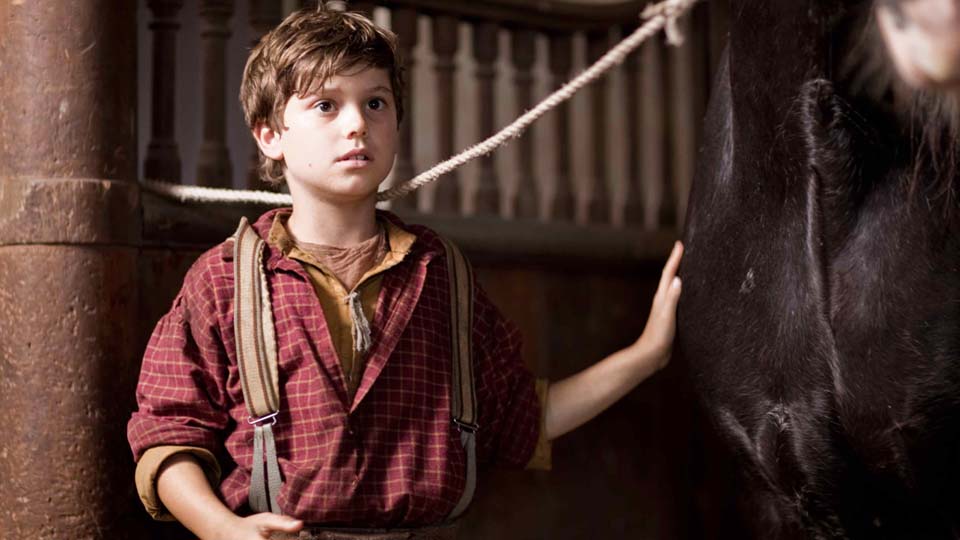 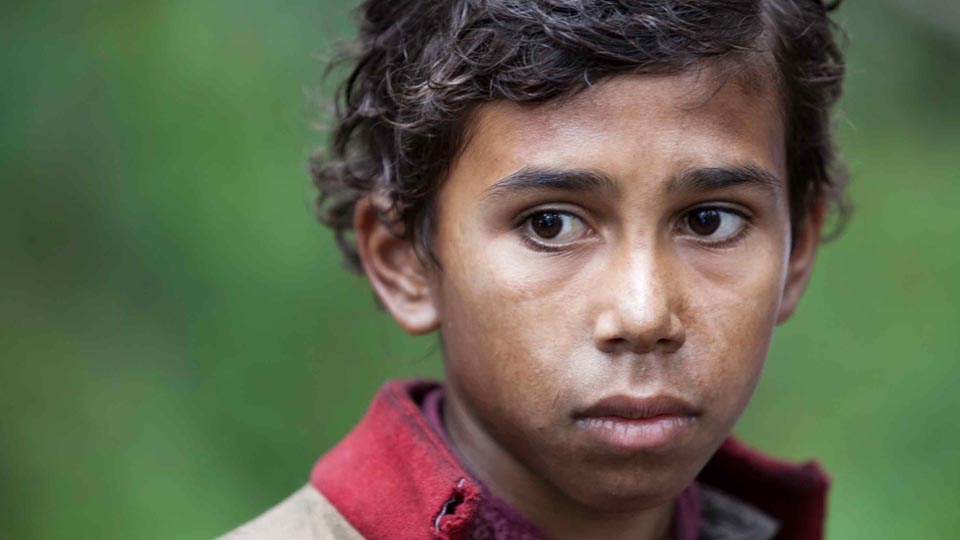 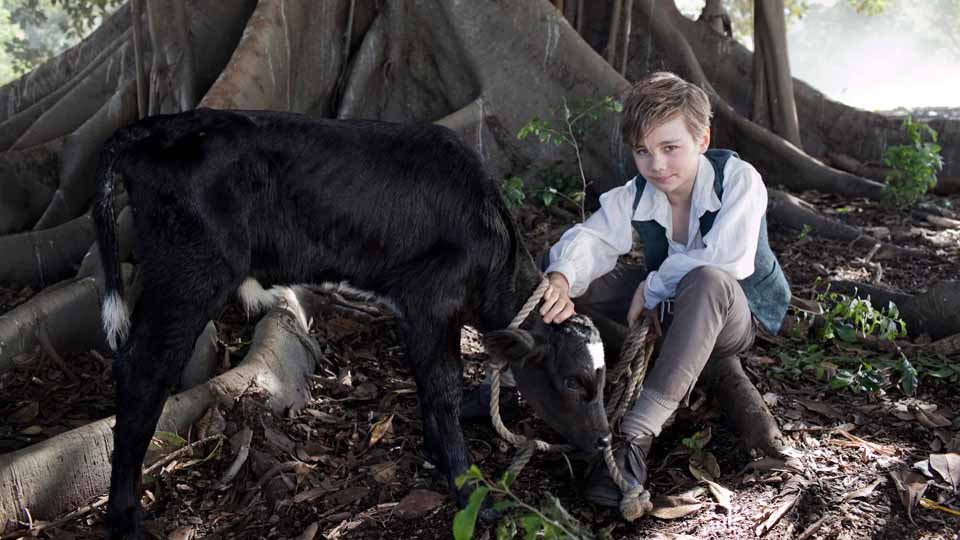 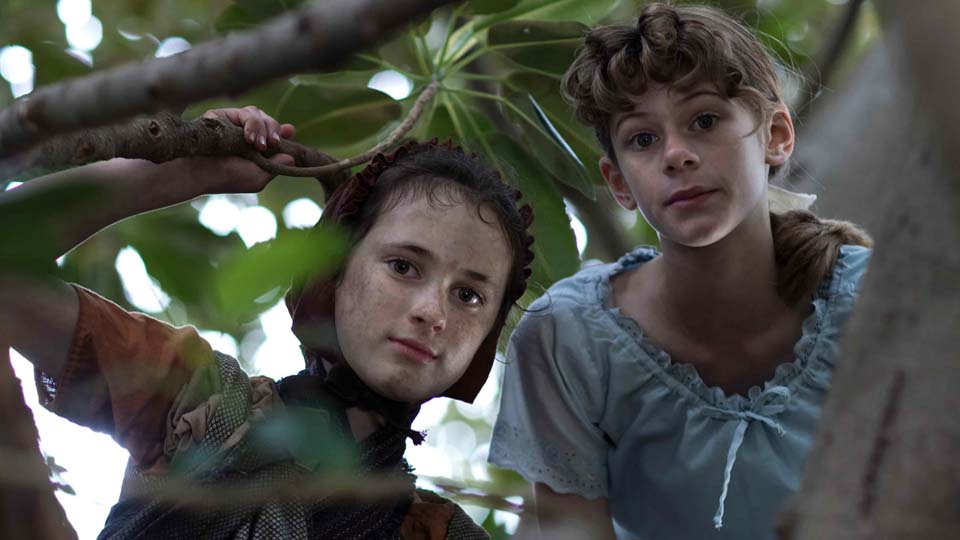 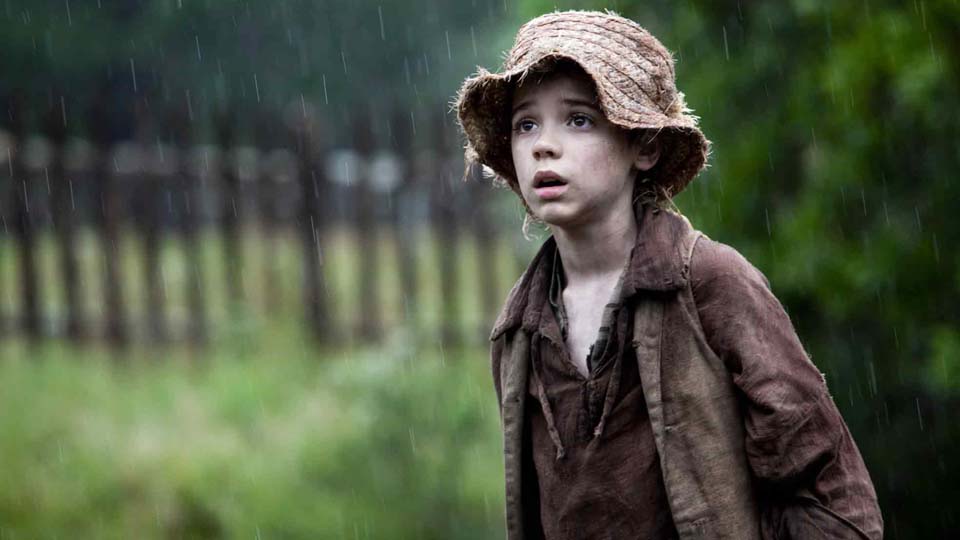 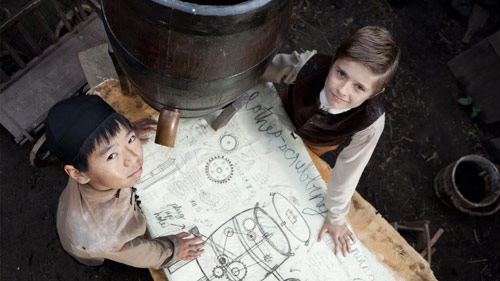 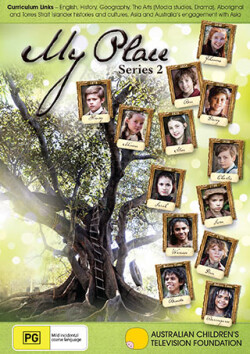