After an Endless Summer, Lockie Leonard gets ready for another year in Angelus, middle of nowhere. But how will this year be any different? Will it be more of the same, or will it be New and Improved?

Based on the novels by acclaimed writer Tim Winton, Lockie Leonard returns with the trademark wit, physical humour, emotional depth and accurate observations of the first series, guaranteeing entertainment for children and their parents alike.

New and Improved
The Leonard family prepare for their second year in Angelus. While Phillip looks forward to starting high school one year early, Lockie has bigger reservations about what the New Year will bring. Namely, if it will include Vicki Streeton, his girlfriend - he thinks.

The X Factor
Now that he and Vicki are back together, Lockie struggles to solve the equation of what it means to be in a couple. Rev, on the other hand, struggles to get used to the idea that he and Mrs Egg are no longer 'one'. Meanwhile, Mum is horrified to discover she hasn't studied for Philip's first Old Squasher Maths test.

Bubble Trouble
Determined not to quash their newfound happiness, Lockie and Vicki try to cheer Egg up but are blind to what he really needs. Mum on the other hand, has decided Philip needs a friend who isn't a teacher and resorts to questionable methods to find him one. Across town, Sarge eagerly awaits the arrival of his new Constable?but she isn't quite what he was expecting.

Pick a Winner
To silence schoolyard gossip, Lockie agrees for he and Vicki to complete a revealing quiz. But what’s meant to prove they’re compatible, seems to have the opposite effect. Mum is granted a Personal Development Day and makes a slightly disturbing transformation, while Sasha insists it’s time Egg was transformed - and inflicts upon him a traumatic makeover.

Life Map
Lockie is invited on a car rally with Vicki's family, where it dawns on him that Vicki appears to want their relationship to head in a new direction. Mum and Sarge try to direct Phillip out of his shed, while Egg is uncomfortable with his newfound popularity.

Total Eclipse
Egg is acting out, struggling to cope with all the sudden changes in his life, but his increasingly self-destructive behaviour threatens to cost him Lockie's friendship. Mum fears Phillip's friendship with Marjorie is robbing him of childhood magic, while Constable Wattle is forced to face her greatest phobia.

The Silence of the Frogs
Lockie, Vicki and Egg are determined to ignore 'the kiss' ever happened and things go back to normal - but are they kidding themselves? Meanwhile, the frogs in the swamp have mysteriously gone silent. Phillip is determined to find a scientific explanation, while Marjorie suspects there may be more to it.

The Information Age
Now that Vicki is at boarding school, Lockie feels the pressure to keep in constant contact. With his birthday just around the corner, Lockie argues it's the perfect time for the Leonards to finally get a home computer. Nan arrives in town, primed for a showdown with Marjorie, while Egg rejects the idea of his dad dating his music teacher.

Time and Tide
When Egg is removed from regular classes for his recent spate of bad behaviour, Lockie realises that he needs to make an emergency friend. This proves to be a more challenging task than first thought. Meanwhile, Phillip's shocked to learn Marjorie is about to drift from him, while Sarge attempts to coax Sam towards his way of thinking.

It Happens
Marjorie learns her comet is in Angelus after all, and asks Phillip to help prepare for her farewell picnic. When Phillip can't find a key menu item in Angelus, Lockie volunteers to sneak off to the city to find some, where he discovers Vicki's new life isn't quite as he imagined.

Snake Hide Oil
Missing Marjorie, Phillip has started wetting the bed again, as Mum's first love cruises into town, making quite an impression on the townsfolk - except Sarge. Meanwhile, Egg finds himself caught in a bizarre love triangle.

The Big Questions
Lockie figures it's time for an image overhaul, if he's ever going to win Egg back from Curtis. However, when Curtis challenges Lockie to prove how 'tough' he is, Lockie and Egg are placed in a precarious situation. Meanwhile, Mum and Rev question their career prospects.

Party
Lockie agrees to attend Curtis' wild party, to keep Egg as a friend. However, if Lockie's going to follow through with it and attend, he'll have to lie to his parents. Meanwhile, Phillip and Sarge help Mum overcome her morbid fear of public speaking.

Enter the Mermaid
After misjudging a wave while surfing, Lockie is saved by a mystery girl. Hearing the story, Philip is suspicious the girl may be a mermaid. When she arrives at Angelus High, he sets out to prove it. Meanwhile, Egg's loyalty to Lockie is tested.

A Head of the Team
Mum and Sarge decide it's time Phillip played a team sport. When he chooses netball, he is met with unjust opposition, launching Sarge into action. Mel challenges Lockie to prove he has friends, while Curtis reveals his true colours to Egg.

Cure for Stings
Mel and Lockie get lost in the bush and find something special. When Phillip is bed-bound with a netball injury, his teammates cause him to re-evaluate his priorities. Egg's attempts for early release from Enrichment Class go from bad to worse.

A Musical Moment
As the school readies itself for opening night of the musical, all across town people can't get their lines right. Phillip comes to Sarge with a problem that sends Sarge tongue-tied, Sasha gives Egg an ultimatum, while Lockie sees Mel in a completely new light.

Laugh with the Leonards
As if the failed kiss attempt wasn't embarrassing enough, Mel stays for the weekend, literally seeing Lockie's family in their underwear. Mum receives life-changing news, while a late night arrival intrigues Phillip.

Aliens in Angelus
Phillip and Joe form an uneasy duo, on a mission to locate a missing alien. But, in the process, Phillip discovers something just as unlikely. Lockie helps Mel feel more at home in Angelus, while Mum's radio station gets off to a bumpy start.

Buried Treasure
Lockie is thrown, when a ghost from his past returns to Angelus to haunt him. Phillip confronts Joe about his true identity, leading to an identity crisis of his own. Meanwhile, Mum battles self-doubt to make her radio station a success.

Second Best in Show
After a disastrous introduction to Vicki, Lockie has some work to do to reassure Mel isn't second best. When Josh makes a hero's entrance to Angelus, Lockie begins to understand just how Mel feels. Phillip and Joe enter Cyril in the local agricultural show under dubious circumstances, while Egg and Ms Archer discover an unlikely way to bond.

I, Monster
When Lockie and Josh both wake up covered in green pustules, Mum orders them into quarantine, in Lockie's bedroom. So much for avoiding Josh. Together alone for the first time, Mel and Vicki battle their insecurities, before arriving at a new understanding. Meanwhile, Philip and Joe stake out the swamp for a suspected monster.

Trixie Wants to Party
Lockie, Mel, Vicki and Josh form an act for the upcoming Battle of the Bands, but their biggest battle will be staying together. When Egg re-forms Hot Omelette, Rev must decide between recapturing the past and his future. Phillip and Joe finally discover what's really going on in the swamp.

Not So Perfect Storm
A big swell is approaching Angelus, and Lockie and Mel prepare to ride the big wave together. But it soon becomes apparent that this wave represents much more than just surfing. Phillip's niggling doubt about Mel's true identity returns, while Vicki comes to realise the cold reality of her relationship with Josh.

Crimes of the Heartless
When Mum's wedding ring goes missing, Sarge is forced to question if his approach to crime prevention in Angelus has fallen on deaf ears all along. Mel won't let Lockie off the hook easily, forcing him to confess his crimes, while Egg is worried he's about to break Sasha's heart.

Legend
As they prepare for the move to Sydney, the Leonards say goodbye to Angelus. But the question remains for Lockie: will Mel ever forgive him? And will he have the chance to tell Vicki Streeton how he really feels about her? 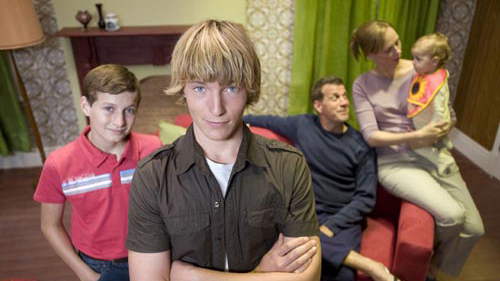 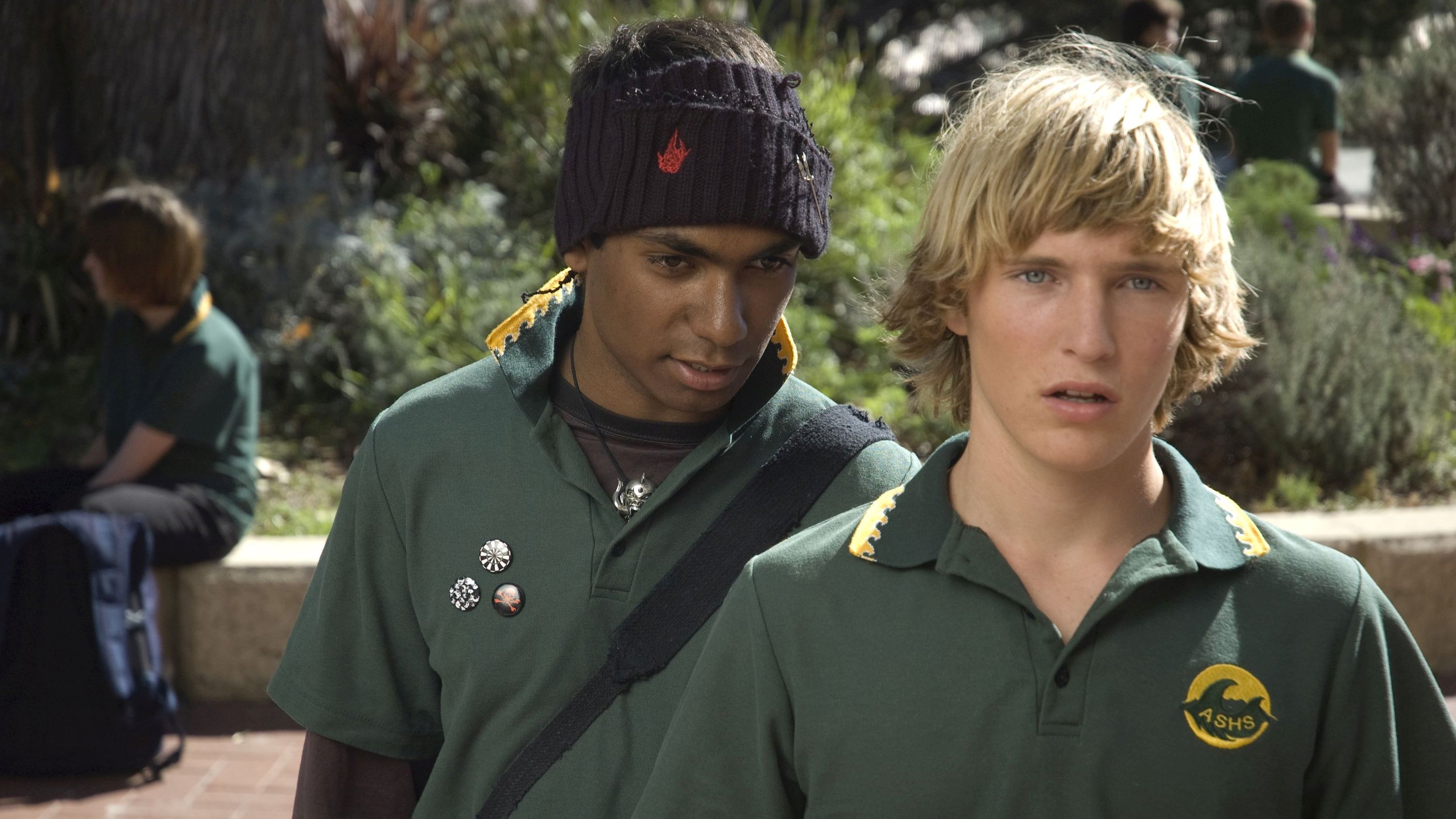 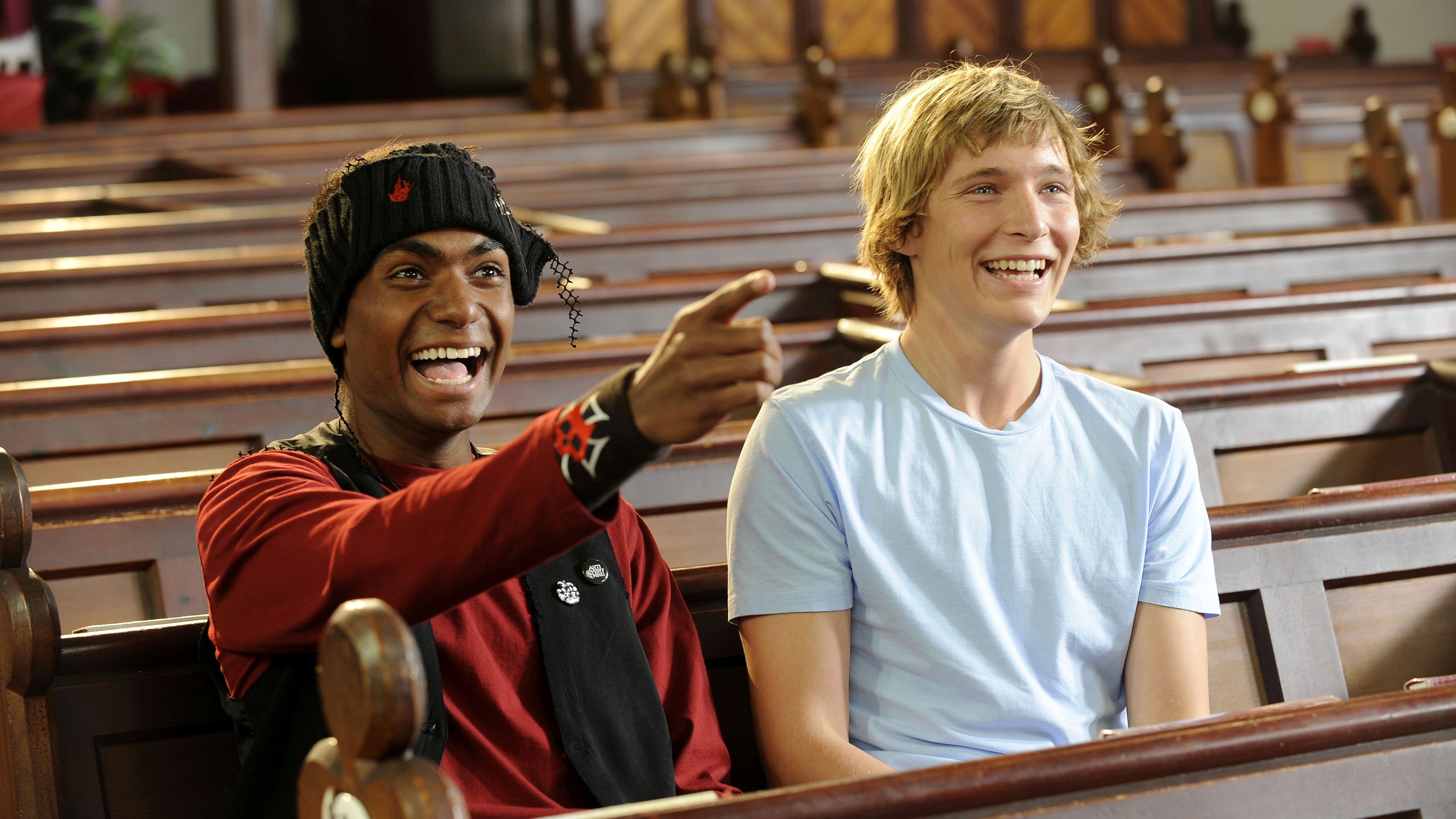 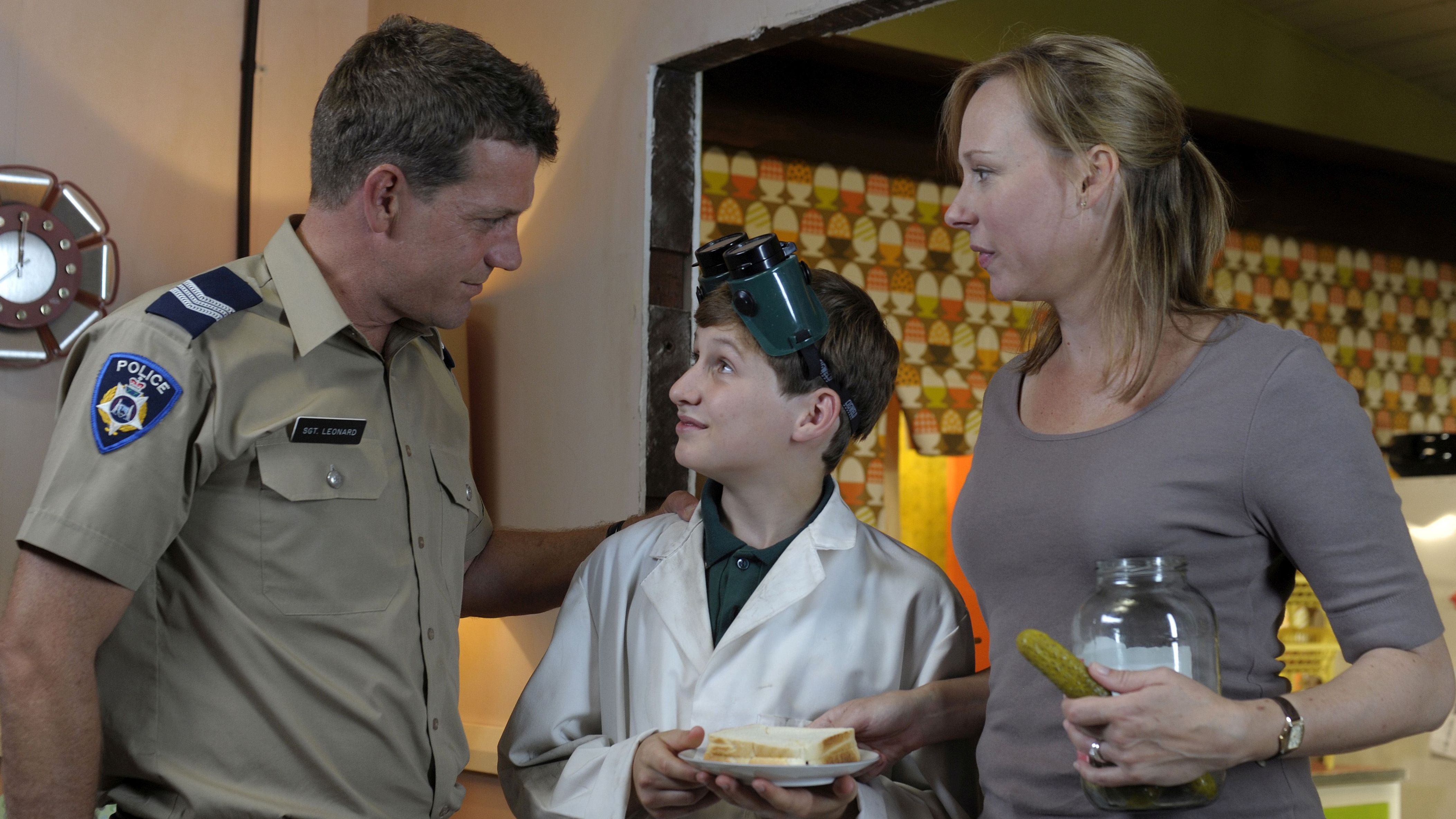 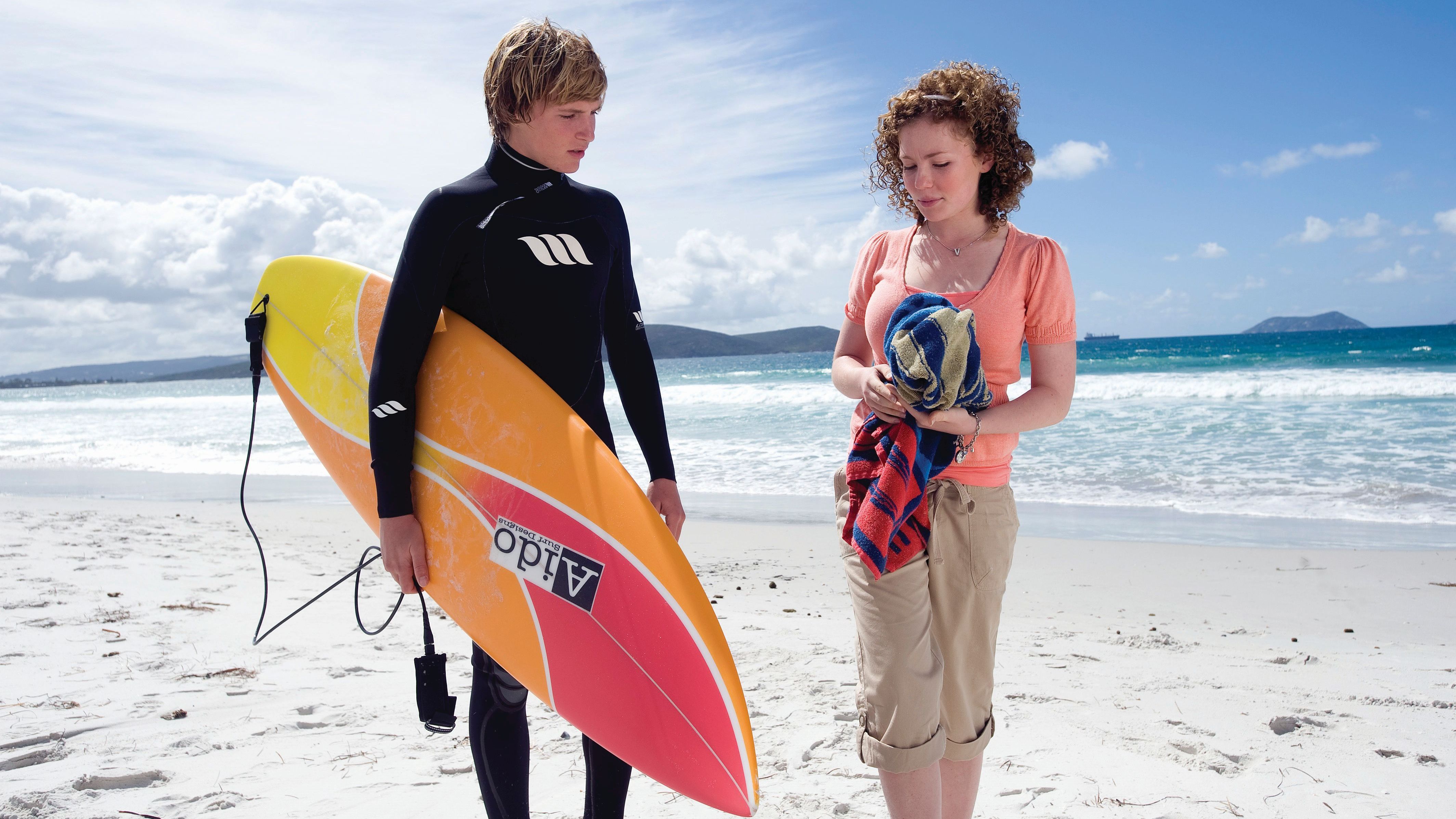 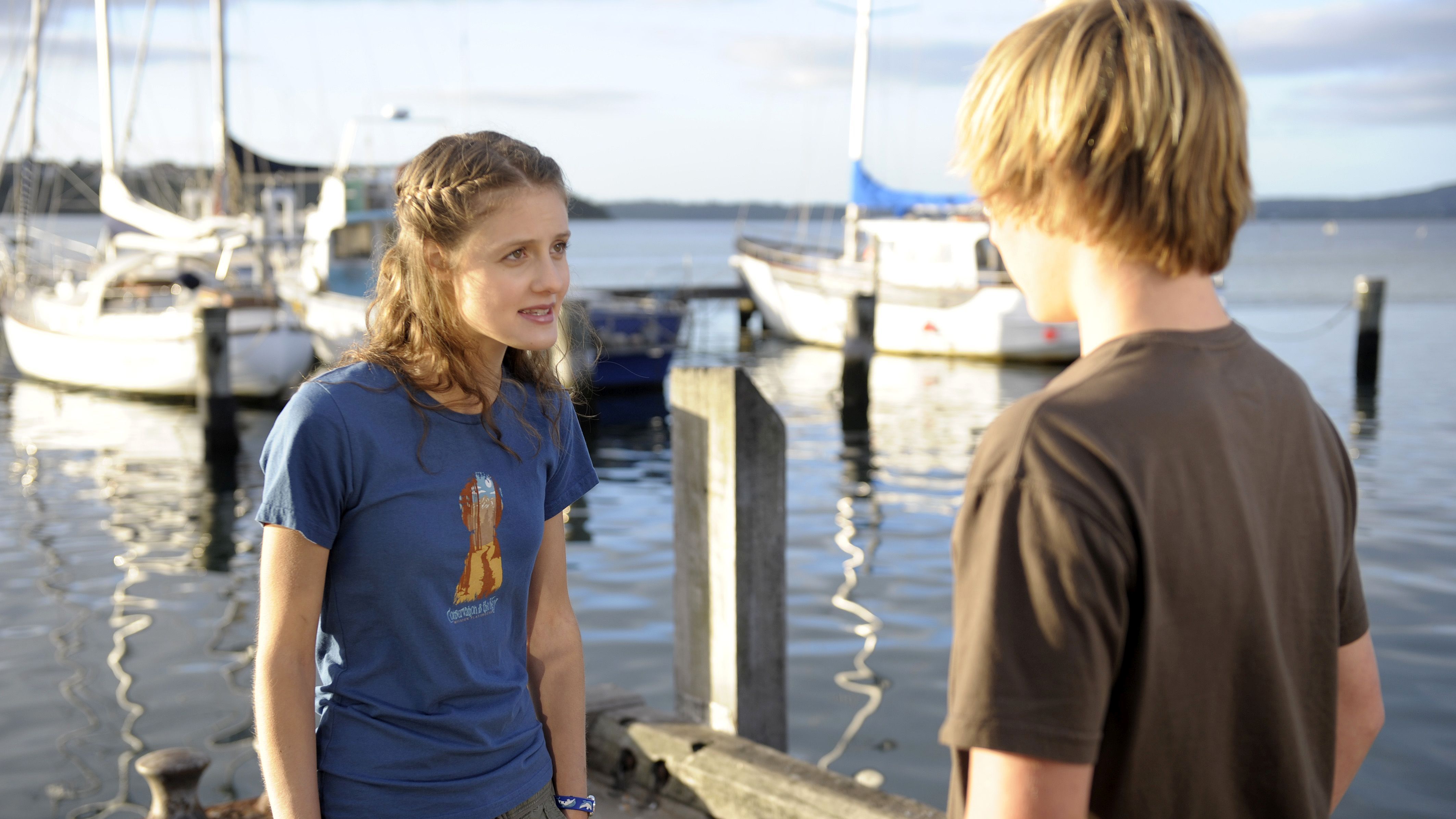 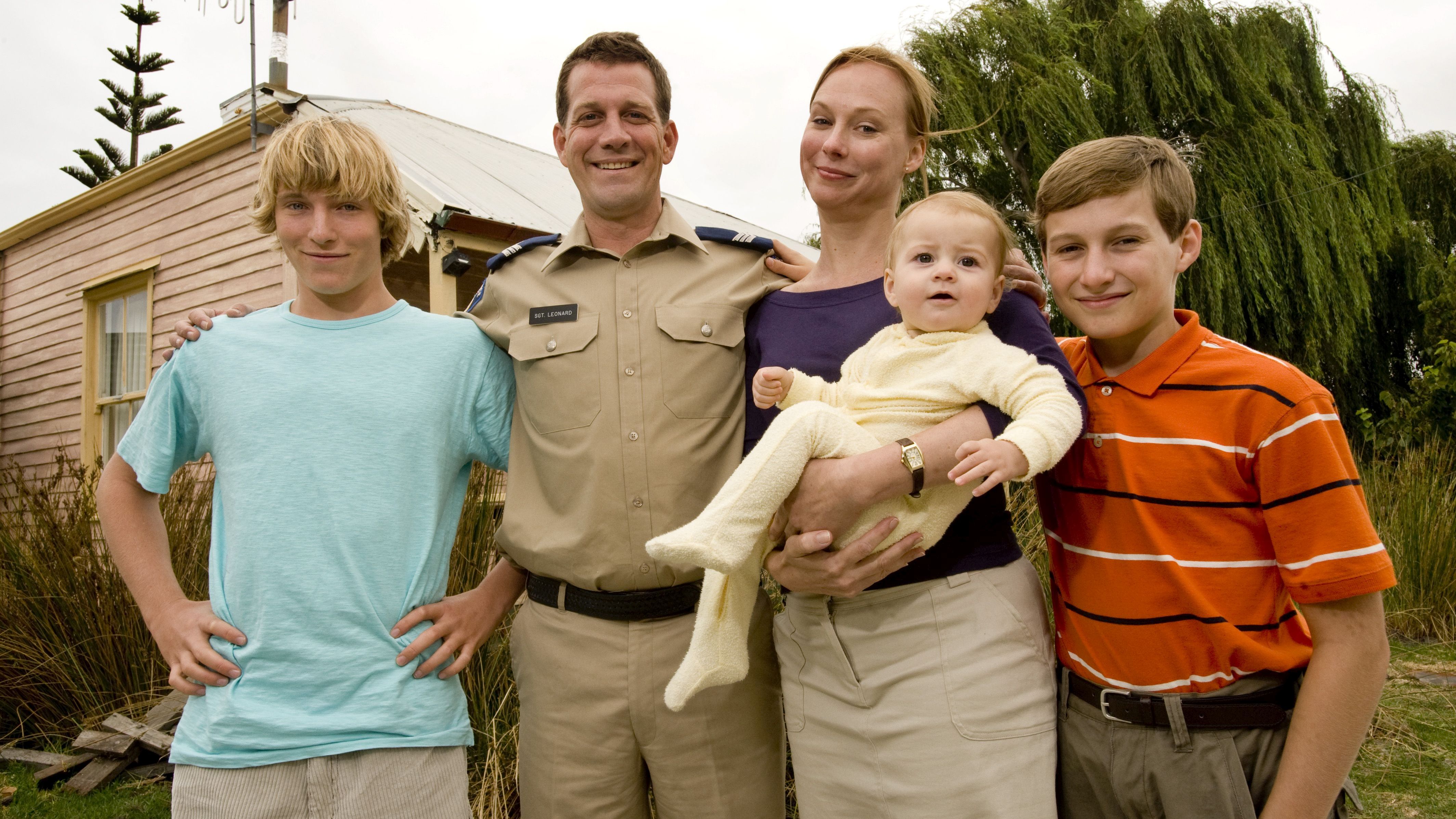 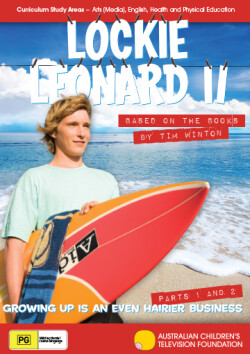 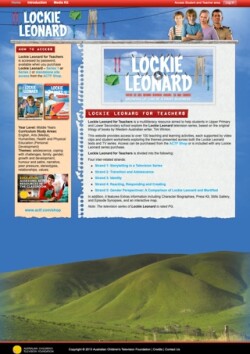