Escape!
With a mysterious Cloud spreading across the land making the country and its people sick, two groups of Kids join forces with a mysterious unspeaking girl to try to save the world. As their journey begins a pair of mystical Nannas tell the Kids they need to collect eight special stones and a key and a strange pedlar gifts them a compass to try and help them find their way to wherever it is they need to go.

Man Up The Tree
The Kids encounter a strange Man who has been chased up a tree by a tiny horse and refuses to come down until it is gone. Knowing that the Man has important information about the Cloud for them the Kids have to find a way to get him down. When they do the Man tells them that inside the Cloud are the Takers, real bad fellas, and if they want to stop them they’re going to need to get to the Thalu, a sacred place of great power, before the Takers do.

The Principal
When Hudson, Em, Vinka, Noodles and Lali find themselves trapped in a strange schoolhouse presided over by an ancient Principal it falls on Samara and Keile to try and rescue them. With the Cloud bearing down and time running out they manage to do just that – and find one of the special stones and perform an act of kindness to the Principal along the way.

Random!
When the Kids encounter legendary outlaw stockman Random Dan and his sidekick Big Joey bogged in the middle of a salt flat, he offers them something special if they help dig them out. When Vinka&amp;nbsp; turns up with one of the special stones, Random Dan reveals that he has something even more precious for them – water! Free at last Random Dan and Big Joey ride towards the Cloud to take on the Takers, their latest sidekick Noodles riding alongside them.

Shadow Boxer
When the Kids find themselves at a pass blocked by the Shadow Boxer they have no choice but to find another way around. However, an encounter with a shadow boxing troupe, and a pair of special gloves, leads Vinka to take on the Shadow Boxer at his own game, winning them not just the right to pass, but one of the eight special stones.

The Nhuka
The Kids make camp for the night at the base of a spooky hill and are surprised to find their food missing. Keile blames it on a Nhuka, a cheeky little humbugger that lives in places just like that – but Vinka follows Keile and discovers that he is taking the food. A Trapper arrives and gives the Kids plans for a Nhuka trap, but the only thing it traps is him! Keile confesses to taking the food and as the Kids leave the camp site Keile is shocked to see Vinka wave to her friend on the hill – the Nhuka!

The Aunty Who Talked Too Much
The Kids meet an old Aunty who just can’t stop making damper and talking! When Keile gets stuck with her because he is too polite to leave while she is still talking, the Kids have to come up with a plan. Lali gets the others to collect bush lollies which she puts in a jar and shakes, turning them into powder. They then sneak the powder into the Aunty’s damper mix, making the damper sticky, gluing her mouth shut and allowing Keile and the Kids to make a polite escape.

The Others
While Hudson and Em are picking bush lollies their friends are captured by some bigger kids who take their cart and compass. Hudson and Em try to rescue them but the Others keep returning, brought back by the compass. Hudson confronts the Others, offering them the bush lollies, and they eat too many, making themselves sick. When the Kids discover the Others are trying to get back to the school they give them directions. Then, as the Kids leave, they encounter an old friend – Noodles!

Brothers
Vinka is sick. She needs rest and food. While the rest of the Kids set up camp Hudson, Samara and Keile go on ahead. They enter an old town, deserted except for two brothers who haven’t spoken for years. The Kids tell them about Vinka and the brothers agree she needs some of their roo tail stew, but they can’t make it, because that’s what they argued about. Hudson tricks them into making it, and the brothers make up. The Kids take the stew back to Vinka and it works, but when they return to the town they find the brothers gone, but one of the special stones in their place.

The Thalu
The Kids now have all eight special stones, and Hudson is convinced he has the key. The Kids encounter the Nannas, who tell them that if they are to win everything is going to need to be in its right place. The Kids arrive at the Thalu – eight standing stones in a circle around a central stone. The kids realise they have to place the special stones on the matching standing stone. With the stones in place Hudson places his key on the central stone – but nothing happens. Vinka steps forward – she is the key! She climbs up onto the central stone and starts to sing, summoning a giant tornado that sweeps across the land, into the Cloud, destroying it and revealing the Takers. The Kids have won! ‘What do we do now?’ asks Samara. ‘We go home’ says Vinka. 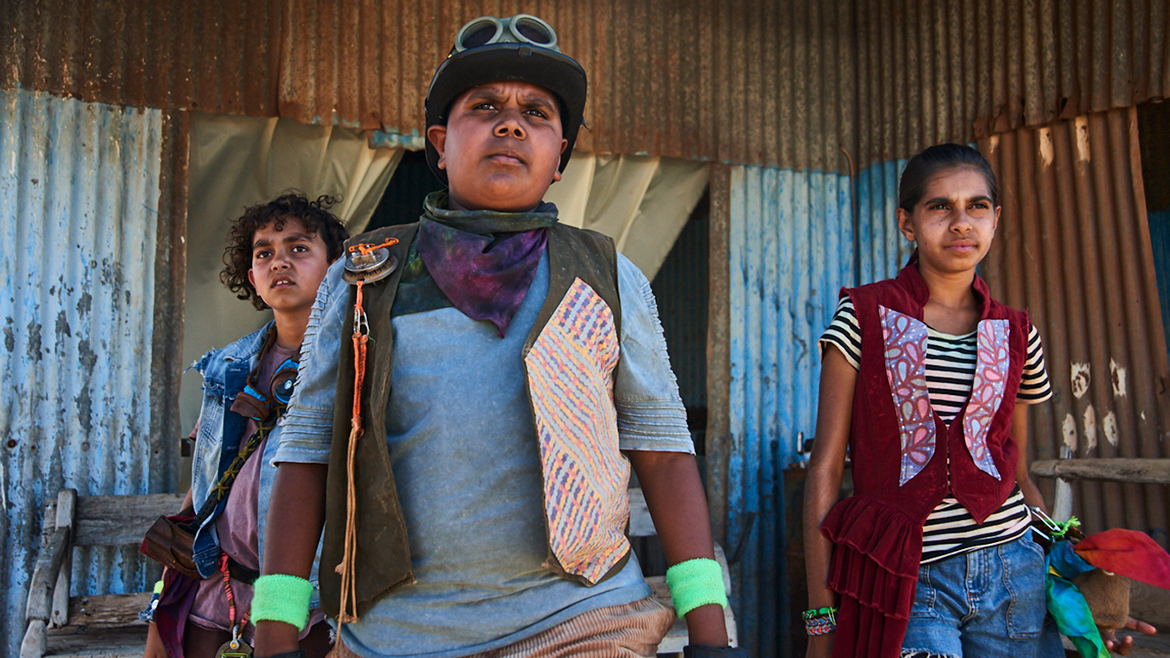 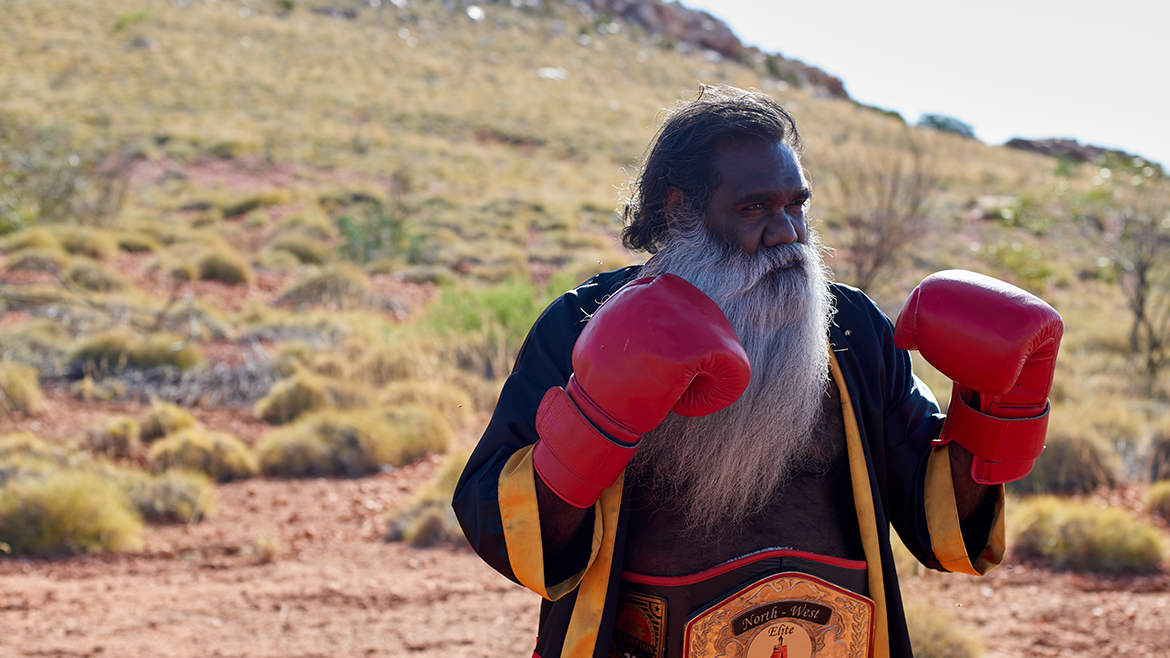 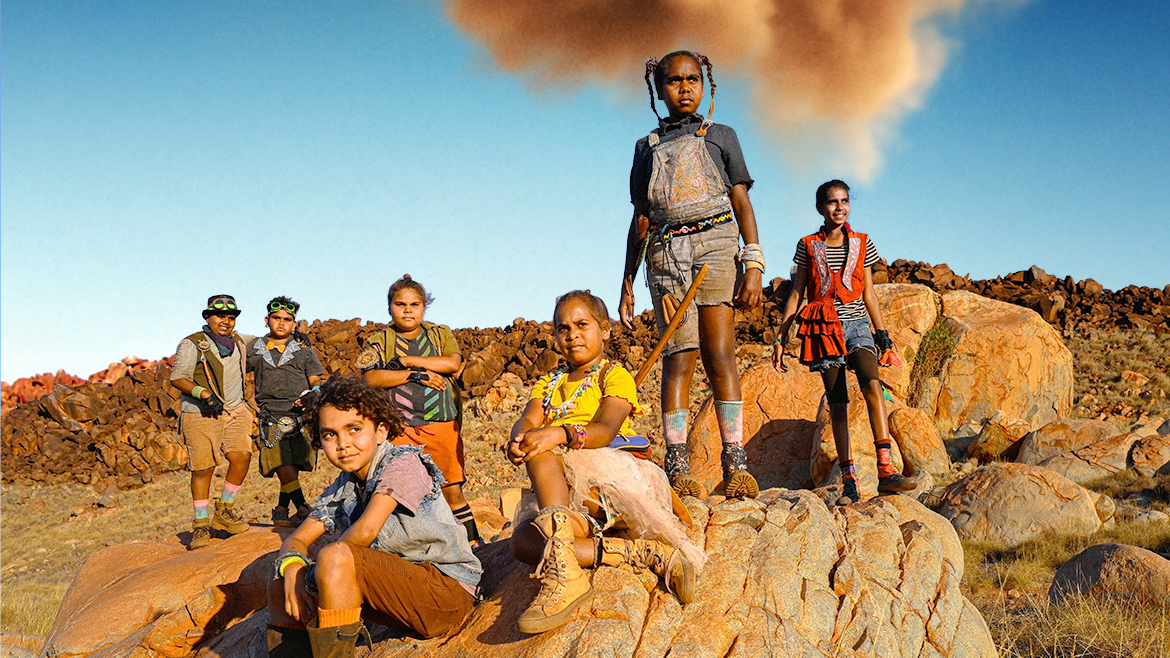 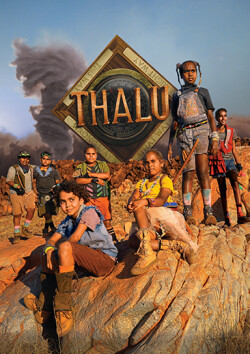