The Boy Who Cried Blowflyman
After a Blowflyman fan convention, the others mock Holden’s insistence that Blowflyman is a real superhero with real powers. He sets out trying to prove it by putting himself in ‘peril’, from which Blowflyman has to save him.

Nobody Likes a Smarthouse
Grounded for laziness, Holden turns the Thongs’ home into a remote-controlled smart house. But now the house is too smart and tries to eliminate the Thongs! When it sprouts legs, Holden must shut it down before it leaves town.

Up Swiss Creek Without a Paddle
Narelle’s attempt to be the first girl to pedal-boat to Switzerland is thwarted when, delirious with the heat, she mistakes Whale Bay for the Swiss Alps. Not to be outdone, Holden tries to walk around the world on giant inflatable thongs.

Jurassic Dork
Holden unearths a Diprotodon skeleton while digging a backyard pool and decides to clone some Aussie megafauna from the bones. He takes some shortcuts and a prehistoric wombat is wrecking Whale Bay in no time.

It Cooked From Outer Space
After Holden builds the most powerful radio in the universe, Narelle accidentally invites a family of Thong-eating aliens from the planet Kevin to lunch, and the Thongs end up as the meat on the world’s biggest BBQ.

Mooned
When Narelle decides to become Australia’s first female astronaut, the Thongs start the Whale Bay Space Program and Holden accidentally launches the house - and the whole Thong family - on a collision course with the Moon.

Tunnel Vision
Trevor, Holden and Rerp decide to dig a cross-town tunnel, but end up trapped in a cave with a giant, angry glow-worm. When Brenda lands in the cave as well, it’s up to Narelle to save them, but she’s busy barbecuing for Kevin.

Howie The Yowie
Holden catches a big-footed Yowie, who’s searching for his missing thong and thinks the Giant Thong is rightfully his. The Thongs have to hide their beloved tourist-attraction and find a solution to Howie’s sore foot problem.

Sand Blasted
When the beach mysteriously vanishes, Holden opens a wormhole between Whale Bay and The Great Sandy Desert to replace the sand. When he’s unable to close the wormhole, the Thongs end up with more beach than they can handle.

Cockroach Boy
After he eats a radioactive cockroach, Holden develops cockroach super powers and Rerp tries to eat him. When Trevor builds the Leaning Thong of Whale Bay, Rerp uses it to capture the creepy-crawly superhero, Cockroach Boy.

Bull Whipped
Plans to stage ‘The Running of the Bulls’ in Whale Bay are dashed when Trevor mistakenly orders a mechanical rodeo bull. Holden adds legs and builds more metal moo-ers, but they go crazy and everyone has to run for their lives!

Snakes on a Boat
To compete with a rival tour boat, the Thongs add a venomous snake display to their whale-watching tour. On-board havoc ensues when Holden’s high-pitched whale-attractor shatters the tank and all the deadly snakes escape.

Train In Vain
Holden builds a rail system to avoid having to walk to school, but half-way through its maiden voyage, he remembers he forgot to build stops. When the brakes don’t work, the train just gets faster and no one can get off!

Whale Blabber
When Holden promises some tourists a whale-sighting experience, he searches all over without luck, only to find a talking whale ‘beached’ in the lounge room! But the ‘tourists’ are Port Paradise poachers and soon the Thongs are dodging harpoons.

Planet Of The Rerps
The Thongs test drive Holden’s latest invention, a machine that creates dreams. The machine malfunctions and they all end up in Rerp’s dream, dodging jumbo blowflies and becoming enslaved to King Rerpses III.

Curse Of The Were-Bear
When Holden makes a koala angry, it bites Brenda and Kevin and they both turn ‘part koala’! Soon, most people in town are koala-were-bears, and Narelle and Holden have to smash a cursed crystal to turn them back into humans.

Shark And Awe
Holden builds a ‘dolphin attractor’ so he can swim with dolphins. Instead, he attracts sharks. When he tries to train them using Brenda’s donuts, they end up able to survive on land, becoming consumers of art… and artists.

20,000 Leaks Under The Sea
When Holden finds an abandoned nuclear sub, Narelle sees her chance to flee Whale Bay, once she’s cured Kevin’s claustrophobia. The others take the sub for a spin, but end up stuck on the sea floor, menaced by a giant squid!

Dawn of the Weedies
After a nightmare, Holden sets up a metal detector to prove the Weedy kid is actually a terminator robot. When he ‘fine-tunes’ it, he inadvertently creates a cloning machine and thousands of Weedies lay siege to their house.

A Fright at the Opera
Using an alien shrinking-and-enlarging device that falls from the sky, Holden enlarges a seashell to be the Whale Bay Opera House. He forgets to check it’s empty and an enlarged, enraged crustacean creates operatic havoc.

Freeze a Crowd
Holden builds a nuclear-powered air-conditioner to combat Whale Bay’s hottest day ever. When he’s unable to turn it off and they can’t get out of the house, the Thongs face freezing then thawing out in the Whale Bay of the future.

World War Shoe
Holden invents a robotic footy boot and gets the Thongs into trouble when he kicks a ball half-way around the world and it hits a military dictator, who declares war but settles for a winner-takes-all penalty shoot-out.

Band All Over The World
Holden makes the world’s loudest band even louder for a festival at Whale Bay. The music’s vibrations rupture the Earth’s crust and both the Thongs’ house and the stage break away from Whale Bay and are rock-powered around the world.

Cindnarella
When Narelle is dateless for a Valentine’s Day Ball, Holden uses a modified photocopier to transform Rerp into a handsome prince. Narelle and Prince Rerpert are the hit of the ball, until an angry polka-playing ghost turns up.

Thongageddon
Holden accidentally develops an interest in astronomy and turns the Giant Thong into a super-strong electro-magnet to change the course of Davo’s Asteroid, but now the flamin’ space-boulder is set to wipe out Whale Bay!

Meat the Queen
When they learn that the Queen is sailing by, the Thongs decide to give her an Aussie barbie on their boat. But a crook leg, a bung eye and a parrot make Trevor look like a pirate and the royal yacht responds by launching their sawgies, corgis with circular saws on their heads. 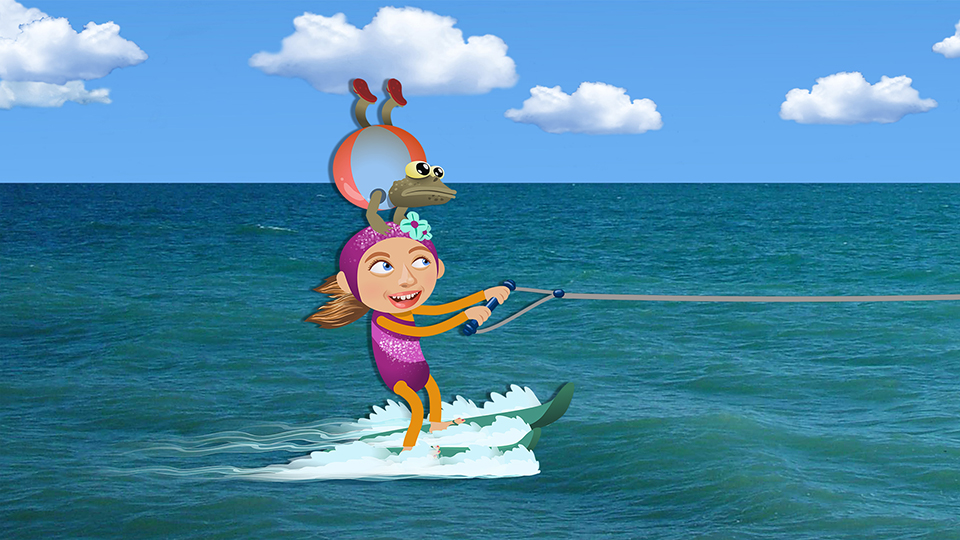 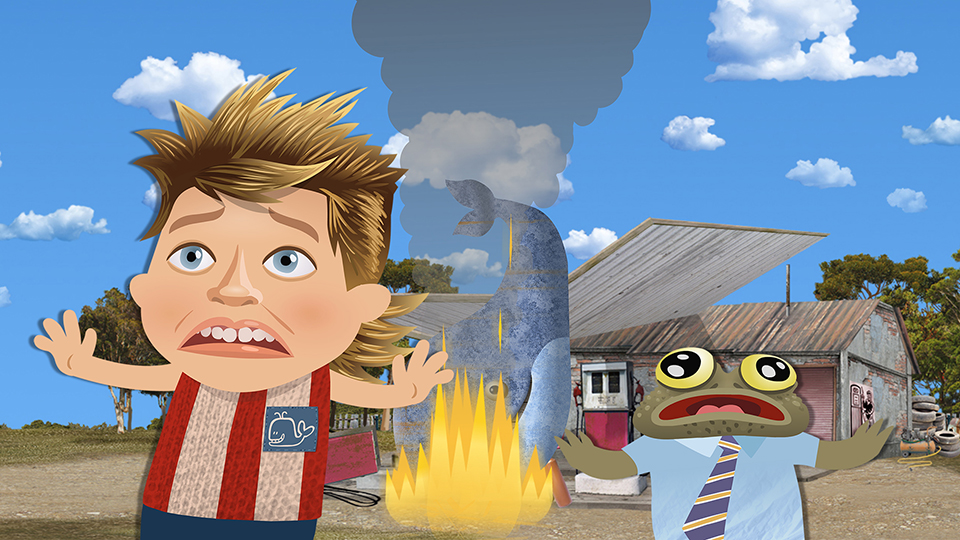 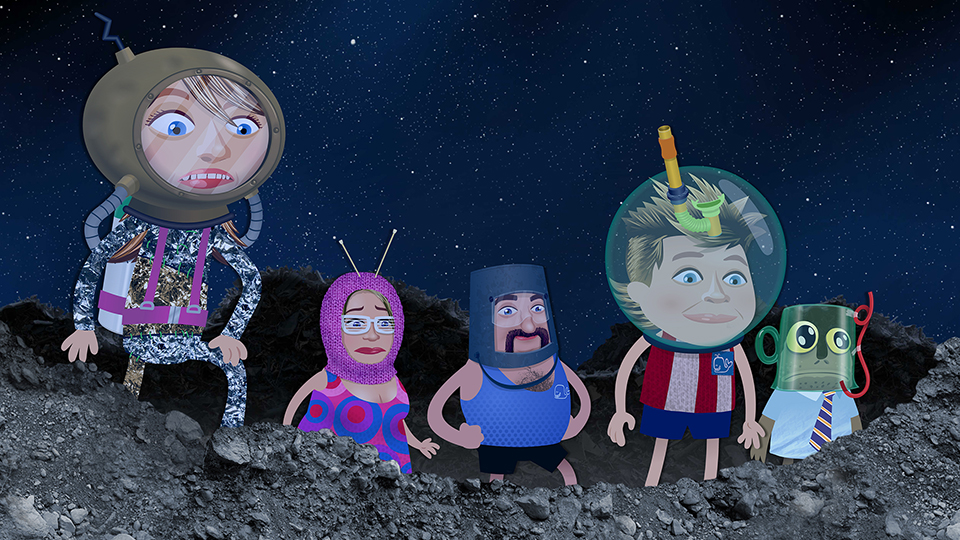 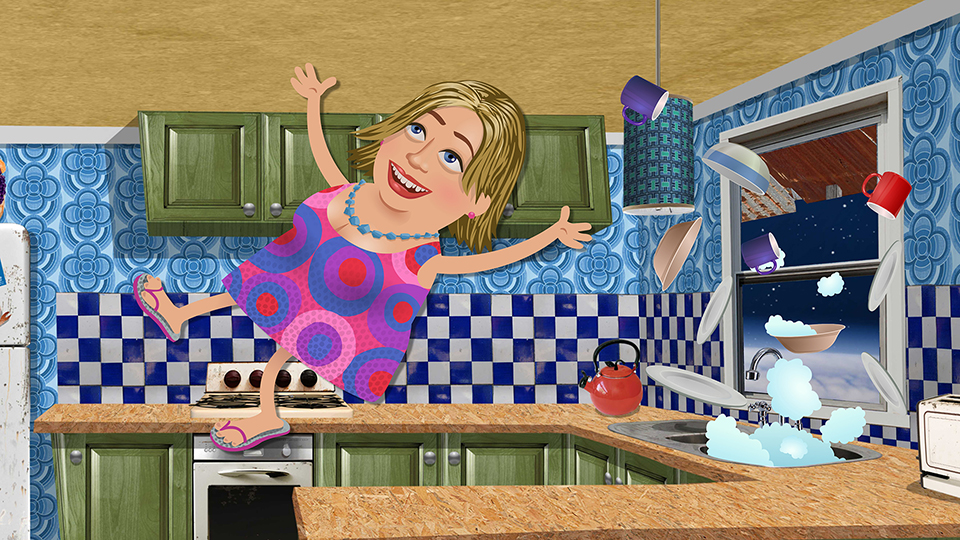 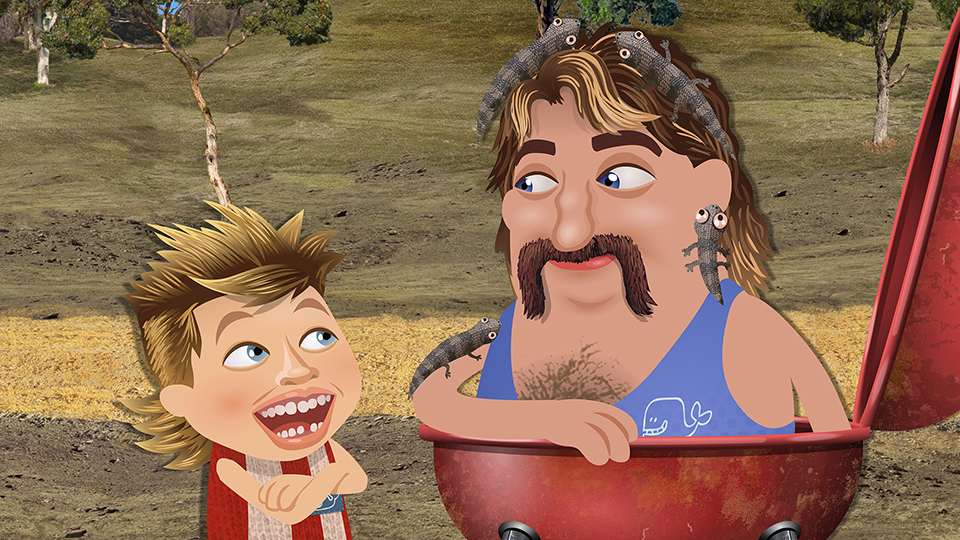 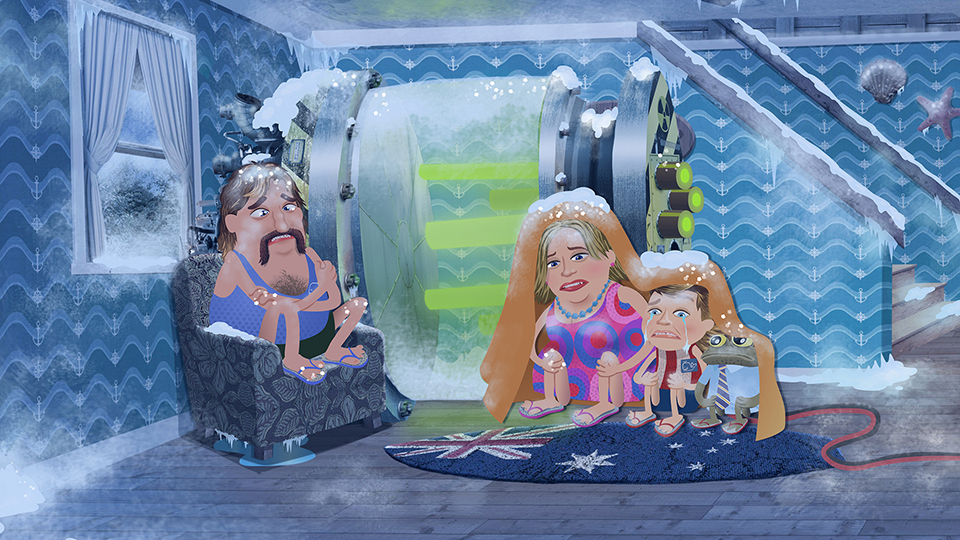 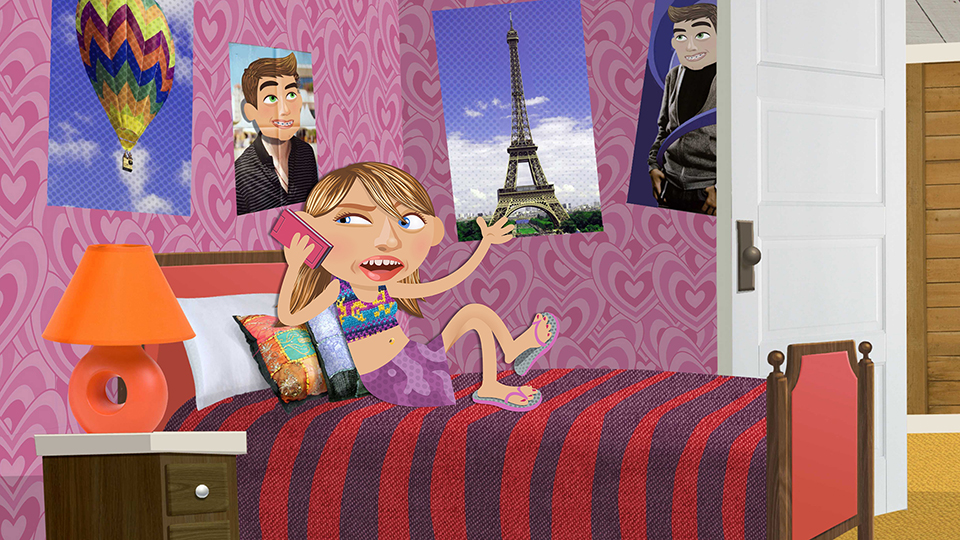 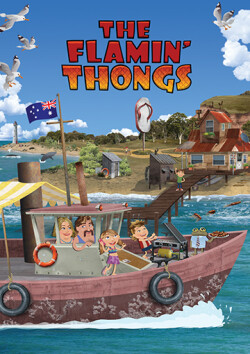