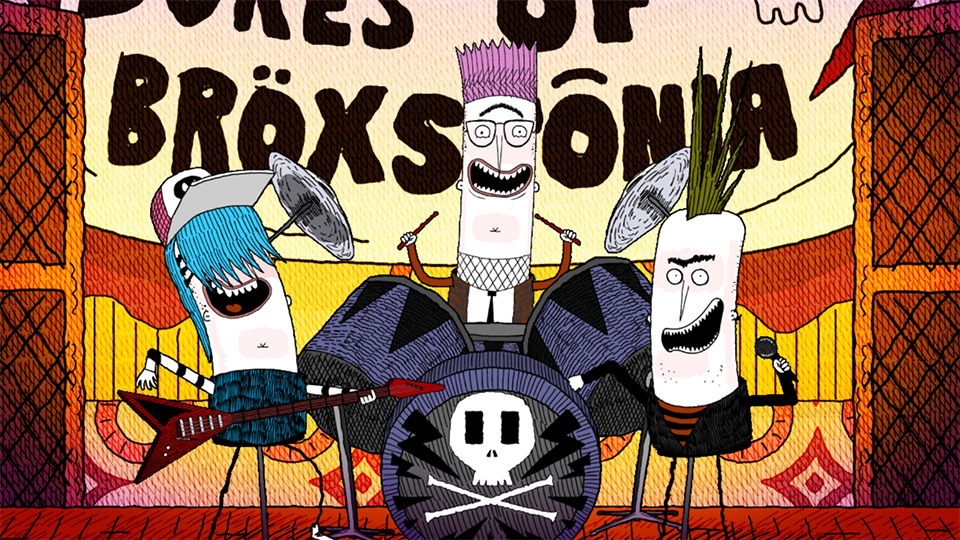 Dukes of Bröxstônia heads to Germany and Disney XD in the U.S

Nipponart will release all three series on DVD/Blu-Ray in German speaking territories, as well as making the animated shorts available online throughout Europe.

“Nipponart is thrilled to be bringing the Dukes of Bröxstônia to the European home entertainment market. We are sure kids in Europe will love the Dukes irreverent humour and punk attitude, and we look forward to making the show available to them in 2016.” says Christian Viertel, Head of Licensing and Acquisition.

Already a hit in Australia and across Asia, Dukes of Bröxstônia continues its international reach with Series 2 scheduled to premiere on Disney XD in the U.S. later this month.

Dukes of Bröxstônia is produced by Sticky Pictures and created by Stu Connolly and Suren Perera. The series is distributed internationally by the Australian Children’s Television Foundation.

View a teaser for Dukes of Bröxstônia - Series 2 below: